British postal company Royal Mail will deploy a drone to transport COVID-19 test kits, medical supplies, and other packages to the remote Scilly archipelago off the coast of Cornwall. For this, a distance of more than 70 miles is covered. The fixed-wing delivery drone specially developed for this purpose flies completely autonomously. Further distribution is provided by a smaller multirotor drone.

The project stems from the desire to be able to transport medical supplies and other parcels faster and cheaper to remote locations. Initially, it is a test period of one month. To implement the project, Royal Mail has partnered with the University of Southampton and a number of companies specializing in unmanned technology.

The route goes from the Cornish coast to St. Mary’s Airport on the largest island in the Scilly Islands. It concerns a distance of 70 miles. You can also fly in bad weather conditions, such as fog. The intention is that the drone will perform the flights completely autonomously, so without the aircraft being controlled by a remote pilot. 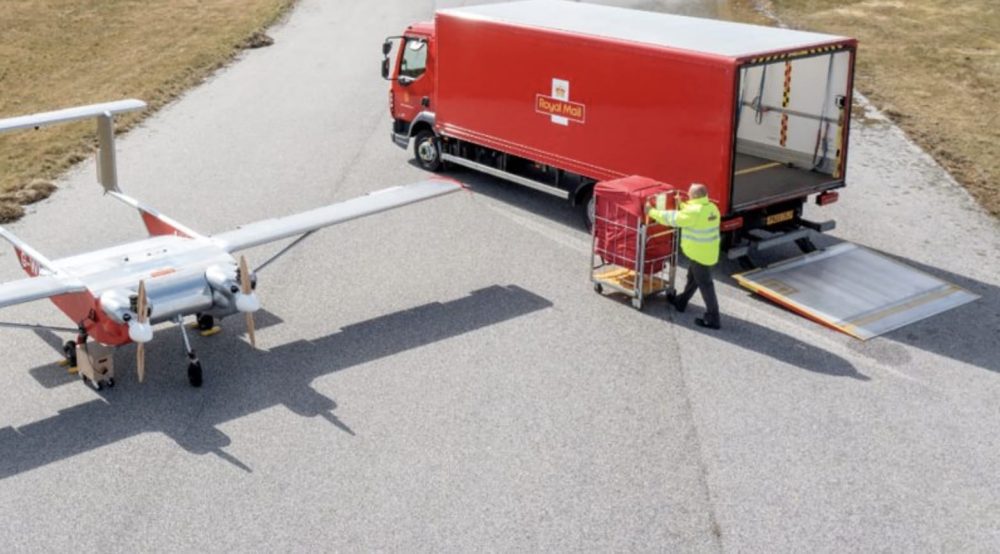 The cargo drone being flown is a twin-engine aircraft developed by Windracers Limited with a payload capacity of 220 pounds, which corresponds to the daily flow of mail items to the archipelago. The maximum flight range of the Ultra is 625 miles. The drone can perform a return flight within two hours.

For the finely-meshed further distribution of medical goods and packages, a smaller drone is used, which, unlike the Windracers Ultra, can take off and land vertically (VTOL). 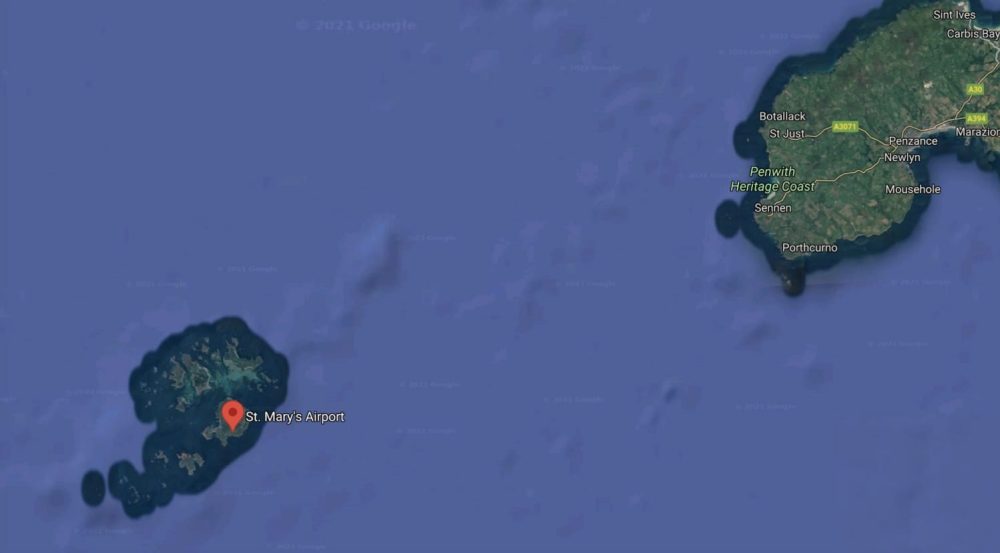 Delivery by drone is more sustainable

In principle, the focus during the trial period is on transporting COVID-19 test kits and personal medical protective equipment. However, the drone will also transport commercial goods such as packages with orders. If the trial goes according to plan, Royal Mail wants to use drone delivery on other routes as well.

The underlying idea is that the transport of mail and goods by drone can be more sustainable than by means of traditional delivery. The Scilly archipelago is still often supplied by helicopter.