According to a report recently published by the United Nations, a person was killed for the first time in Libya last March as a result of an attack by a Turkish killer drone. The autonomous combat drone in question, a quadcopter equipped with explosives, was developed by a Turkish defense company. The call for a ban on such killer drones is getting stronger internationally.

The incident allegedly took place during a skirmish between the Libyan government army and a militant separatist movement. As part of the combat operations, a Kargu-2 Autonomous Tactical Multi-Rotor Attack UAV is said to have been deployed by the military to go after a group of rebels. The drone would have carried out the kamikaze action completely independently, resulting in the chasing and killing of at least one and perhaps more opponents. The UN report speaks of “fire, forget and find”.

According to analyst Zak Kallenborn of the National Consortium for the Study of Terrorism and Responses to Terrorism, this may be the first case of a fatal combat act performed entirely autonomously by an armed attack drone.

Kallenborn speaks of a dangerous development. “How well does the identification system onboard the drone work? How often is the wrong target accidentally selected? ”

The Kargu-2 attack drone is a quadcopter manufactured and marketed by the Turkish company STM. The drone has a flight time of 30 minutes and can be deployed day and night and can be operated by one soldier. Onboard is a 10x optical zoom camera and an infrared camera. A target can be automatically tracked and eliminated by means of AI. The drone can be equipped with various weapons and explosives for this purpose. The system also provides a self-destruct function. 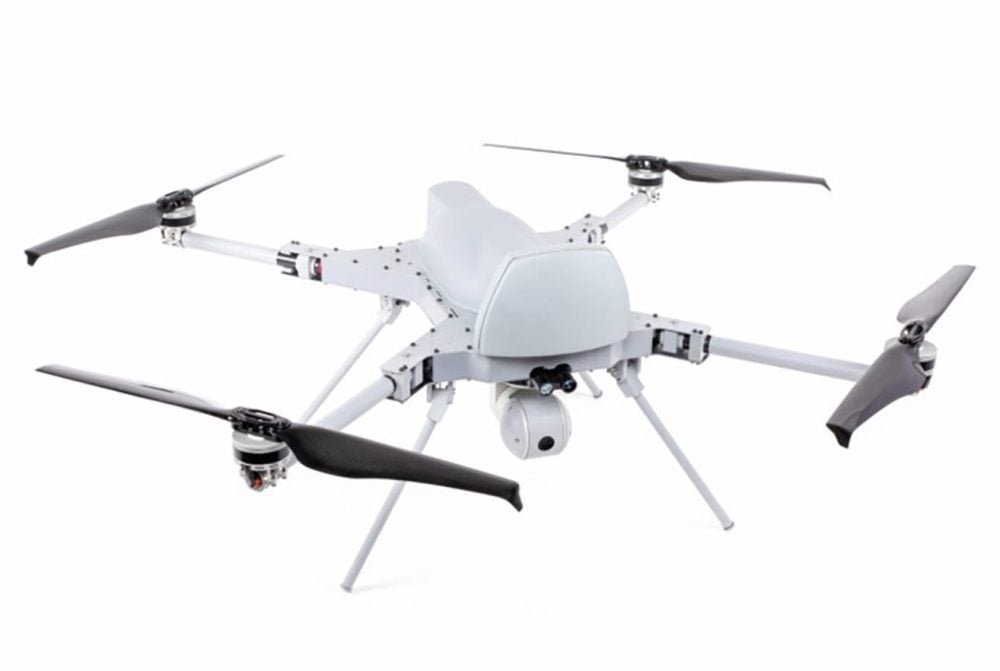 The incident raises many ethical concerns and questions. Who is responsible if the drone accidentally takes out the wrong target? How can the technology be prevented from falling into the wrong hands? What to do if the drone does not respond to a command to abort a mission. For example, because the radio signal has been lost? And, how can a killer drone be prevented from turning against its own troops?

Worldwide, a growing number of politicians are speaking out against the development and deployment of killer robots, including autonomous combat drones, because of such ethical dilemmas.

Recently, candidate-member of parliament in The Netherlands, Salima Belhaj submitted an initiative note to that effect. “I think there should be a ban on killer robots. You can do this by drawing up an international treaty and making agreements that you will not develop it, ”Belhaj explained. Human Rights Watch started the Stop Killer Robots campaign last year.

However, it seems that politicians are lagging behind and the genie is long out of the bottle. First, technology such as object recognition and tracking onboard drones is increasingly commonplace.

Second, the degree of autonomy of drones continues to increase.

Third, more and more armies are experimenting with the armament of compact drones.

The combination of these three developments is a logical next step from the perspective of manufacturers of military drones.