Today we received this photo, showing the DJI Mini SE at a retail location in North America. The image came from one of our long-time sources, Mr. D. Thank you!

The photo shows two DJI Mini SE drones and four DJI Mini SE Combos ready to be put on display and for sale in a store in North America.

Not too long ago, DJI Public Relations Director, Ti Xie told us that the drone manufacturer had no plans to bring the DJI Mini SE to North America or Europe. Now DJI is known for changing plans at the last moment, but it is hard to believe that the company has changed its mind in such a short time. It seems more likely that Xie simply wanted to keep things under wraps.

The specs for the DJI Mini SE were released by the drone manufacturer itself in late June on both the Brasilian and Singaporean websites.

More recently we noticed that the DJI Mini SE showed up in the FCC filings, which means that the drone was definitely coming to the US and that the launch would be imminent.

Now that we have seen this photo showing the DJI Mini SE in inventory at an official reseller’s location in North America we expect the drone to be available shortly.

“The DJI Mini SE is a specialized product tailored for entry-level drone pilots in markets where consumer drone use is emerging. It uses the internal components of the Mavic Mini in the shell of the Mini 2, which generates slightly higher wind resistance but provides much of the performance of the original Mavic Mini at a very attractive price.”

Let us know in the comments below what you think of this ‘new’ drone from DJI. Is it a gateway drug into the drone hobby or is it a drone that nobody really needs, as the DJI Mini 2 is not much more expensive but offers higher quality video and still recordings at a higher resolution and with a much better OcuSync 2.0 transmission system. We expect the DJI Mini SE to retail for $299.

You can watch an unboxing video of the DJI Mini SE here. 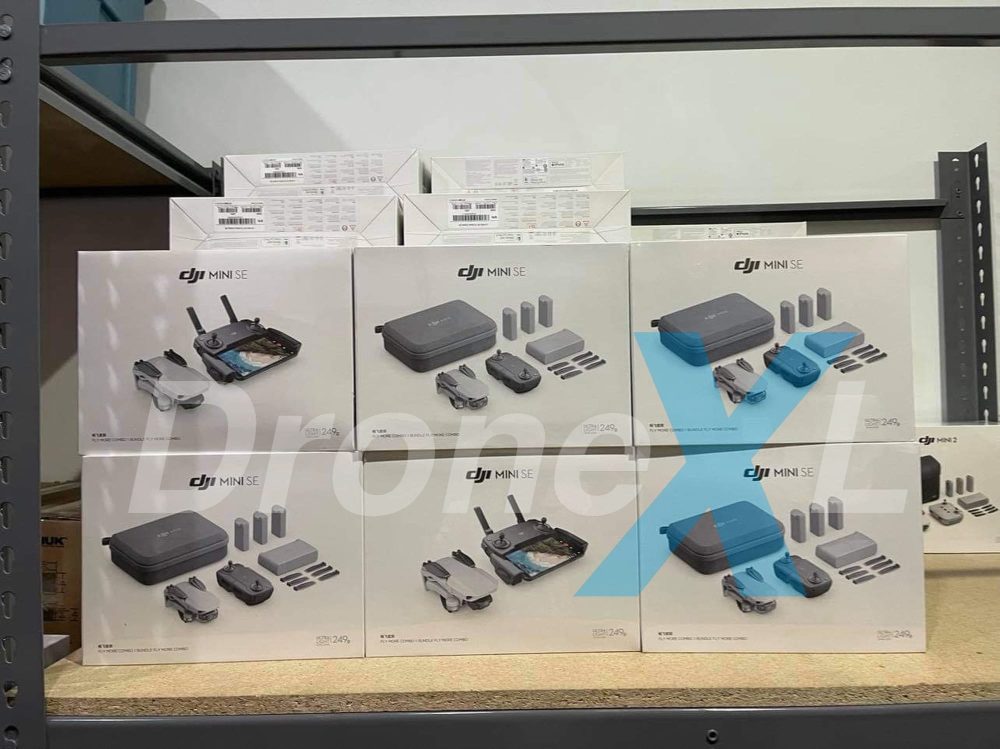