This week, Wing, a subsidiary of Google, has launched the world’s first mall-to-home drone delivery service. The average drone delivery time is about 10 to 15 minutes, with flying only accounting for 2 to 3 minutes of that time. The all-time record is two minutes and 47 seconds.

Wing is a subsidiary of Alphabet, the holding company that Google created in 2015 of all its divisions.

Currently, Wing is active with its drone delivery service in three tests sites across the globe, Queensland, Australia, Christiansburg, Virginia, and Helsinki, Finland.

Wing has been testing its drone delivery service since 2017 and completed 100,000 deliveries by drone in August of this year.

Wing switched from a distribution center strategy to a new one six weeks ago: flying products straight from merchants’ sites to their customers’ houses. That’s a big step toward standardizing drone deliveries and making things simpler for businesses.

“For the first time, we are co-locating our drones with businesses at their premises, rather than local businesses having to co-locate their goods with us at our delivery facility,” Wing’s Jesse Suskin said in a statement. “With the increase in consumers’ desire for convenience and speed, on-demand drone delivery can help address the costly last-mile delivery challenge, reduce road congestion and emissions, and create new economic opportunities for businesses by utilizing their existing retail space as logistics hubs and fulfillment centers.”

Wing has delivered over 2,500 items via drone in six weeks, including sushi, ice cream, and coffee. According to a Wing retail partner, this approach is scalable throughout the nation.

“Almost two-thirds of Australia’s population live within 30 minutes of one of our 61 strategically located centres,” says Justin Mills, chief innovation officer of Vicinity Centers, an Australian chain of shopping malls. “This national footprint provides a strong foundation to implement our distribution and fulfillment strategy by rapidly scaling our drone delivery partnership with Wing and further developing our co-located logistics hubs and micro fulfillment centers.”

The roof is crucial to make drone deliveries work

Especially malls have a lot of empty space on their roof, which is ideal to position drone docking stations so that the roof can be used as a platform to launch and land drones.

“It moves us a little bit closer to the merchants, it allows them to essentially extend their retail environment out into the community,” Bass told me. “That’s been especially important and valuable during the pandemic … it keeps a connection between the local business and the community, even when the community can’t necessarily come into the store.”

Drone delivery services are taking off around the world. Apart from Wing, there’s for example Manna in Ireland and Zipline in Rwanda. The biggest hurdles for these services to expand come from the regulatory authorities in North America and Europe.

According to Forbes, Bass would not commit to a timeline for US growth, but with Wing’s track record and current testing in Virginia, one would hope it won’t be long. Customers enjoy it, and they want more of it, added Bass.

According to Google drone deliveries are 50 times more efficient and have far less impact on the environment compared to car-based deliveries.

Winx drone delivery service can only transport items that weigh less than 5 pounds, making it ideal for urgent and near-instant deliveries such as meals, COVID-19 tests, and medications.

“I think the folks that we talk to that haven’t experienced it yet express a lot of the same sentiment,” says Bass. “When are you coming to my town?” 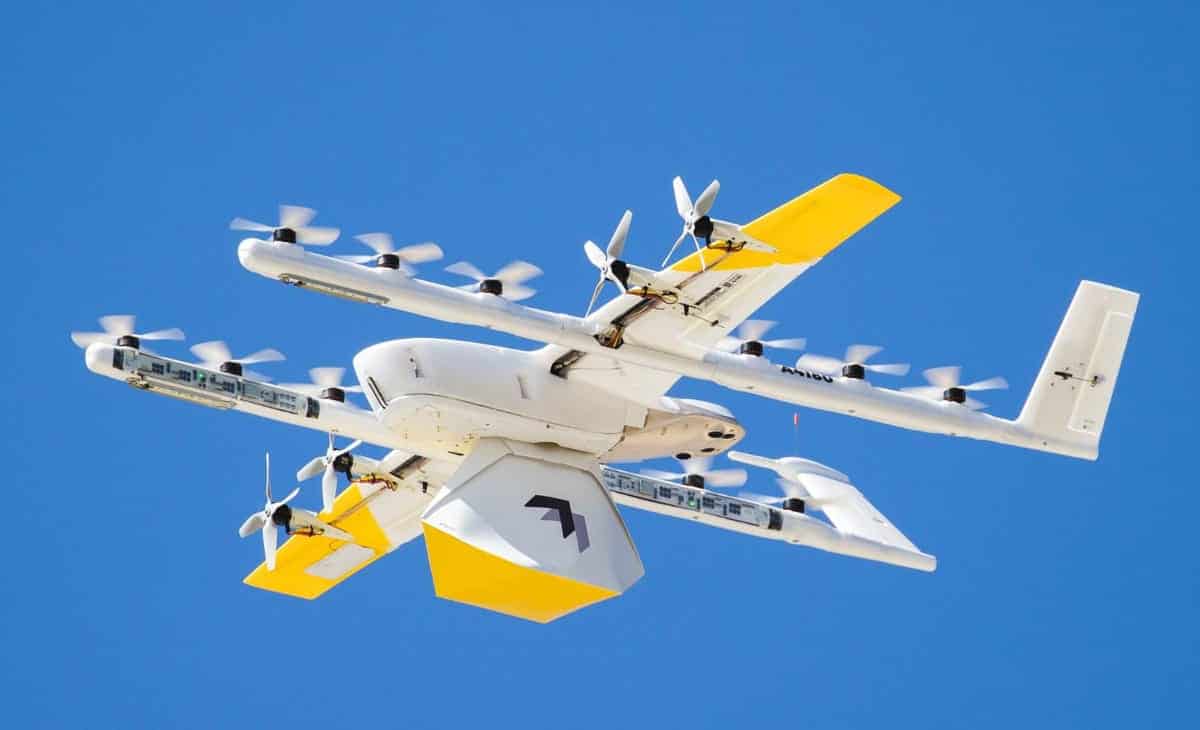