A French R&D team that was developing the traffic control software for self-flying delivery drones for Amazon Prime Air was recently disbanded. The online retail giant moved around a dozen team members into other positions unrelated to drone delivery.

Bloomberg reports that as of September 2020, about a dozen Amazon Prime Air employees were moved from the R&D team into other positions within the company. According to LinkedIn. profiles the new positions are focussed on COVID-19 testing software and have no connection to the drone delivery business.

The Prime Air development center in Paris launched in May 2017 in the regional headquarters of the technology giant in Clichy, near Paris. Amazon touted the launch at the time as “a major investment to boost its research and development in France.”

The twelve-person team was charged with creating software that would enable Amazon delivery drones to plan out their routes autonomously in the future. 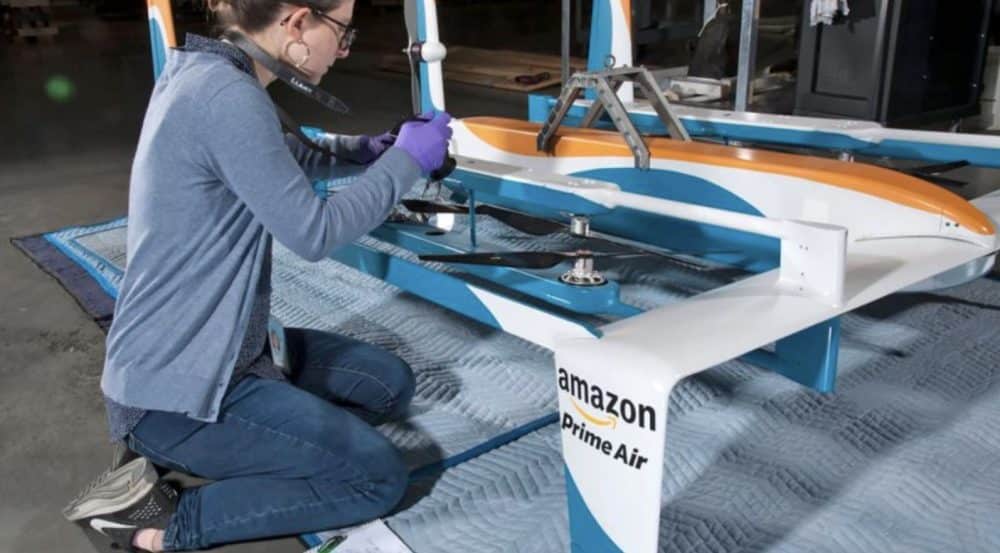 However, based on LinkedIn profile changes, it seems that the majority of personnel have been assigned to different projects. At least eight programmers, for example, are thought to be working on software to facilitate Covid-19 testing.

Prime Air was introduced by Amazon CEO Jeff Bezos in December 2013. The idea was to have modest client orders delivered within 30 minutes by drones. Amazon moved quickly and created multiple test and development facilities across the globe. with drone delivery carried out in Cambridge, UK. In addition, Amazon unveiled a new delivery drone type in 2019.

However, Amazon Prime Air turned out to be in trouble behind the scenes. Not only was Amazon being surpassed left and right by companies like Google subsidiary Wing and Irish upstart Manna Aero, but there was also a surprising surge in Prime Air development last year. A total of 100 workers were moved or sacked. Ex-employees complained to Wired about a chaotic work environment and inexperienced bosses.

Now, the French R&D development team is being disbanded. Nonetheless, an Amazon spokeswoman said that the business “continues to make great strides toward our vision of customer orders in 30 minutes or less by drone. We recognize the only solution worth launching is one that is safe and we continue to partner closely with regulators in that mission.”

Prime Air has development centers in the United States, the United Kingdom, Austria, and Israel. Amazon presently has 111 job positions for its Prime Air business, with the majority of them situated in the United States. The company is looking for US drone pilots as well as Oregon hardware engineers and computer vision scientists.

Photo courtesy of the Smithsonian National Air and Space Museum