Last week, a dog that had been missing for 6 days was found by a drone team on a steep cliff in the Swiss Alps, near Levron / Val de Bagnes. The drone that was outfitted with a thermal camera played a crucial role in locating the missing pet on an inaccessible cliff several hundred feet high. The owner and dog were ecstatic upon being reunited. Drones for good!

The drone team from Air-Glaciers had been asked to assist in locating the missing dog, named ‘Scoundrel’. The animal had already been missing for over six days in the Swiss Alps near Levron / Val de Bagnes.

Scoundrel was found by drone team

With the help of a drone outfitted with a thermal camera, Scoundrel was found on an inaccessible and very steep cliff face hundreds of feet high of the ground. Based on the photo, it seems that the drone that was used is a DJI Matrice 200/210 with a Zenmuse XT2 thermal camera.

In order to rescue the dog, a helicopter and two rescue guides had to be hired. The guides had to climb several rope lengths to get to the location where the animal was stuck.

The dog was apparently very relieved to see his rescuers appear, as he was said to be very docile and visibly happy to see them after having spent five nights under the stars all by himself. 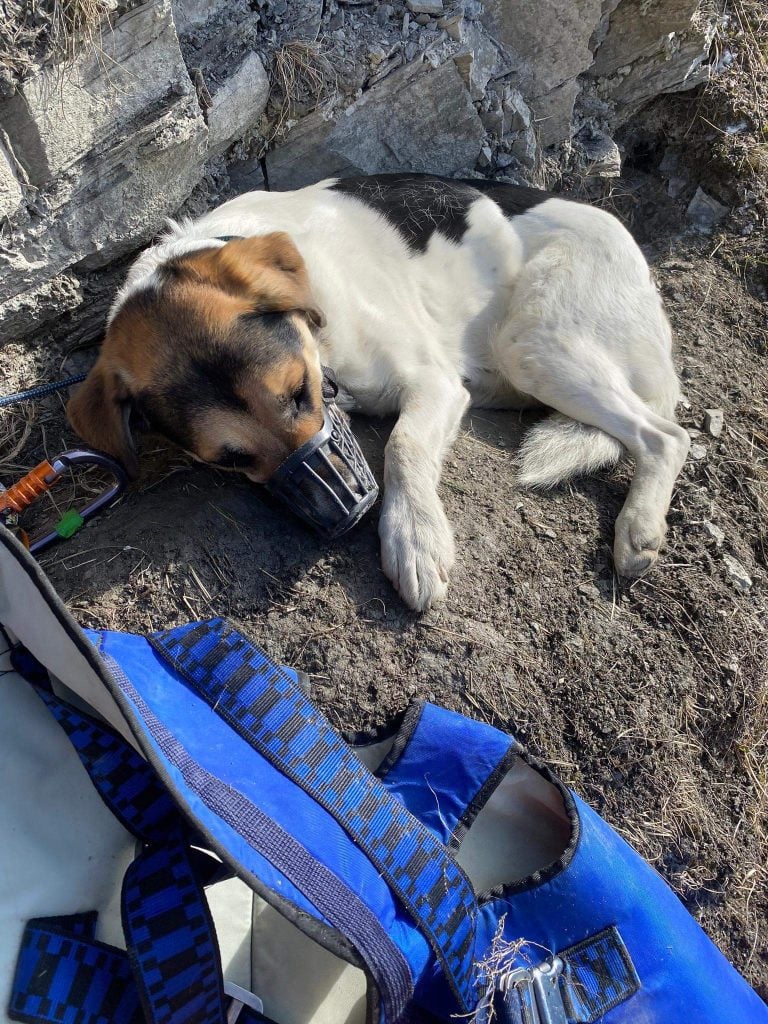 As you can see in the thermal image below, it can be incredibly hard to spot an animal as small as Scoundrel on the face of a mountain. The little white bright dit is the only indication that there may be a living creature on those rocks. It requires a trained eye to spot him. It is also important to consider the time of day when you fly your drone as you want the temperature difference between the dog and the background, i.e. the rocks, to be as large as possible. Early morning would most likely have been the best time of day as the rocks would not yet have been warmed by the sun. 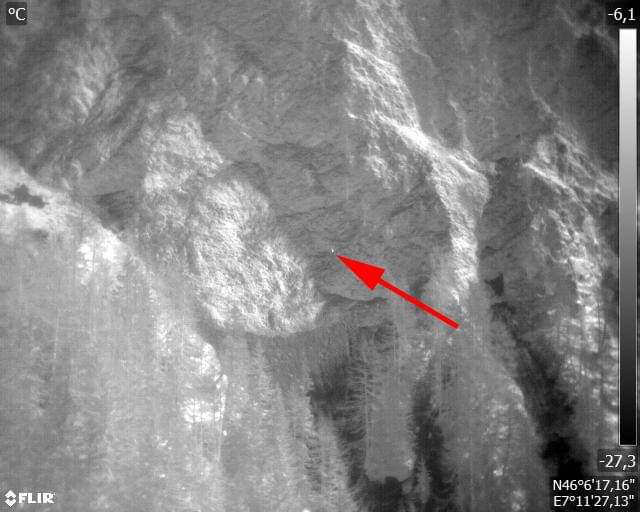 What do you think about using drones with thermal cameras rescue animals or people? Let us know in the comments below.