Early this morning, new Matrice 300 specs were leaked. This new information surfaces two days before the announced launch of DJI’s Cyber Workhorse om May 7th at 8am EST.

The new Matrice 300 specs were tweeted by OsitaLV. In the messages that came out early this morning, he first provides us with some background on how the video of the Matrice 300 shown in a video that OsitaLV tweeted earlier had been put on TikTok by a Chinese reseller. The reseller apparently was hit with a fine from DJI since the company had broken the NDA it had entered into with the drone maker. However, soon after other new photos appeared, showing the Matrice 300 in its entirety. As we know it is not easy to keep a new drone under wraps before its official launch as we saw with the introduction of the Mavic Air 2 last week.

With that out of the way let’s look at the specs. OsitaLV tells us that the new Matrice 300 specs will include:

And lastly, he tells us that the Zenmuse H20 has two modes, one with a thermal camera and IP44 resistance. 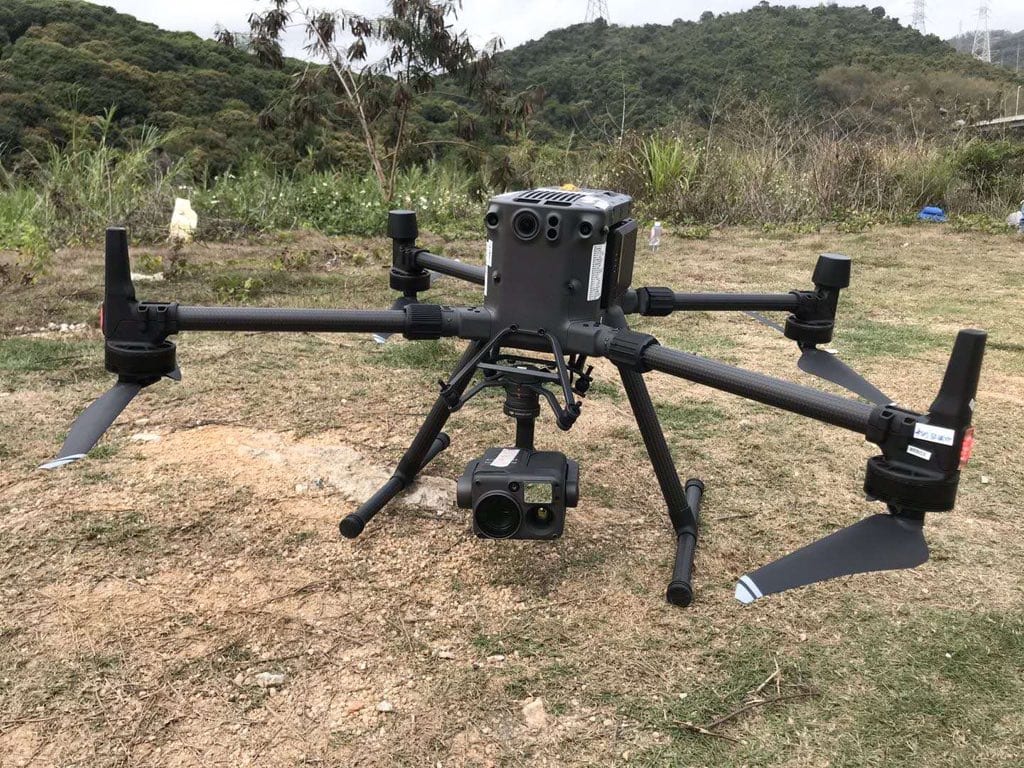 Keep in mind as with all rumors that not everything may be 100% correct. However, in this case, so close the actual launch of DJI’s so-called Cyber Workhorse or Matrice 300, we feel confident that these rumored, new Matrice 300 specs will likely be spot on. Luckily, we will not have to wait very long as the announcement is in two days from now.