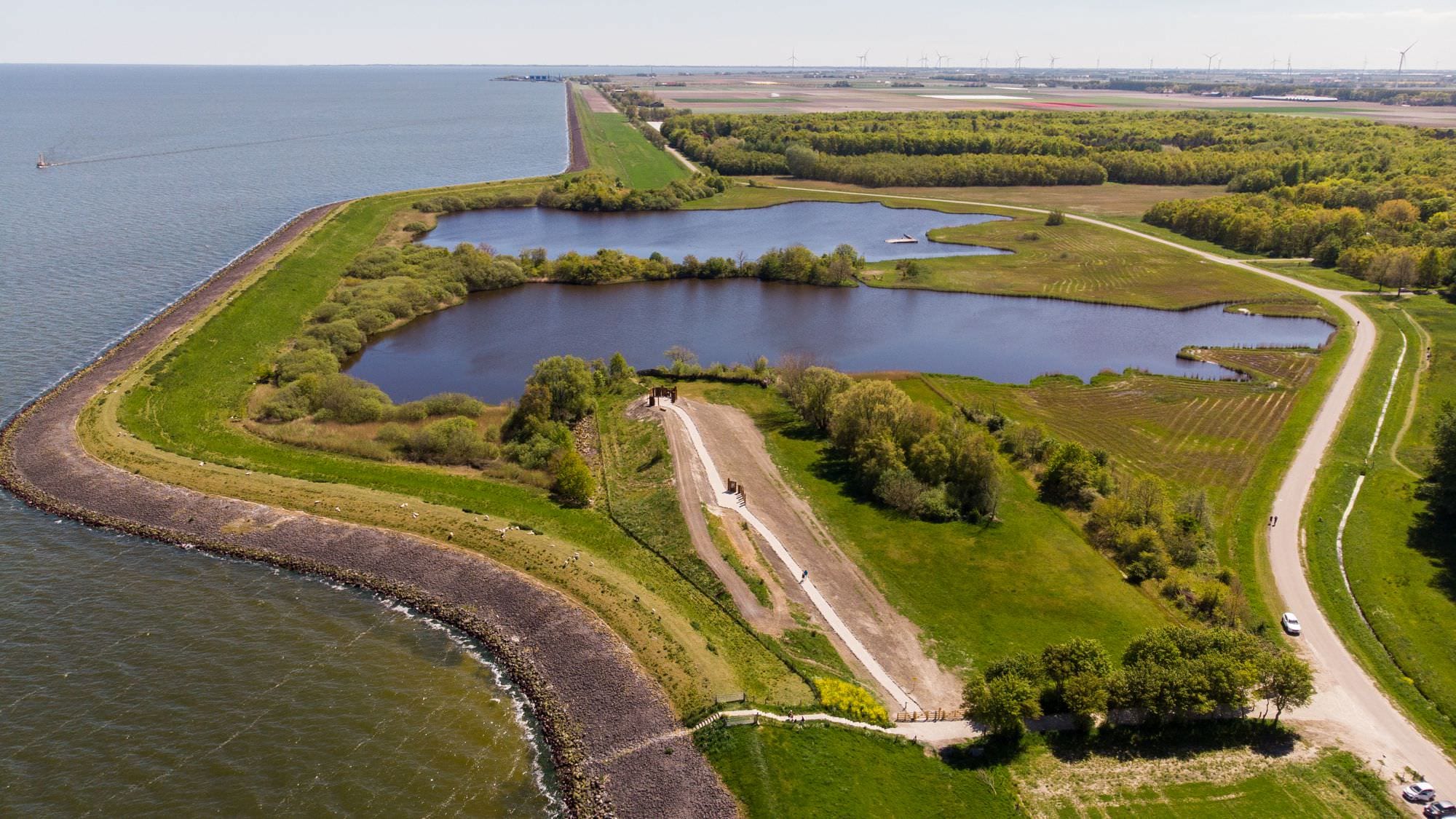 This morning I came across this photo on Facebook and wanted to share it with you. Eventhough it is not an article for the drone news category, I do think it is very interesting how drones give us a new perspective on historic events. This drone photo shows a World War II dike breach in The Netherlands, that flooded the Wieringermeer polder (reclaimed land) with 12 feet of water.

Here’s the historic background of the deliberate dike breach of the Wieringmeer by the German occupying forces during the Second World War. The dike was breached on April 17th, 1945 towards the end of the German occupation of the Netherlands.

In 1945 German forces occupying the Netherlands planned to destroy the Zuiderzee Works to cover their retreat. Military reasons for this are still unclear, but it may have been done to deny the Allies a landing area for airborne troops or gliders. In preparation for this flooding, the water level of the IJsselmeer was deliberately raised. The level in the IJsselmeer was 3.62 m (12 ft) above the ground level of Wieringerpolder at the site of the breach, and varied between 3.12–5.12 metres (10–17 ft) above, across the polder. Inundation had already been used on some Dutch polders but this strategic inundation was shallow and was done by stopping the drainage pumping or allowing water to flow backwards through the pumping stations to give a shallow flooding. The rapid and deep tactical inundation planned for the Wieringerpolder, done by the destruction of a dyke, was new. It was known that even an explosive breach would not be enough, and it would be the enlargement of the breach by the water itself which would cause the most damage.

By the end of 1945, the water had been pumped out of the polder. The dike, however, was not restored to its original line but now went outside the two flooded pits. The original dike dates back to before the construction of the Afsluitdijk and the creation of the IJsselmeer and thus had to be much stronger to protect the Wieringermeer from the Zuiderzee. The replacement dike was built to a simpler standard as the water of the newly created IJsselmeer were much calmer, and went around the breach. The drone photo provides a great perspective of this old World War II scar in the Dutch landscape.

Thank you, John Roos, for sharing this photo on Facebook today.