In the UK, another life was saved with help from a drone flown by a volunteer Search and Rescue team. This time a 46-year-old, ‘vulnerable’ man was reported missing for five days near Loughborough.

Drone helps to save life of man missing for five days

A 46-year-old, ‘vulnerable’ man had been reported missing for five days near Loughborough in the UK. The man was found with the help of a drone flown by a volunteer Search and Rescue team. The Leicester Mercury reported that the drone helped to save the life of the missing man, who had been reported missing on Sunday, June 28th, and was last seen heading into an area of expansive fields near the River Soar.

A number of police searches proved to be unsuccessful and the help was requested from the Nottinghamshire Search and Rescue Team (NSART) – a charity working in partnership with the police. Seventeen volunteers, including a drone team, responded and helped the police officers with their search, scouring the area in heavy rain on Thursday. 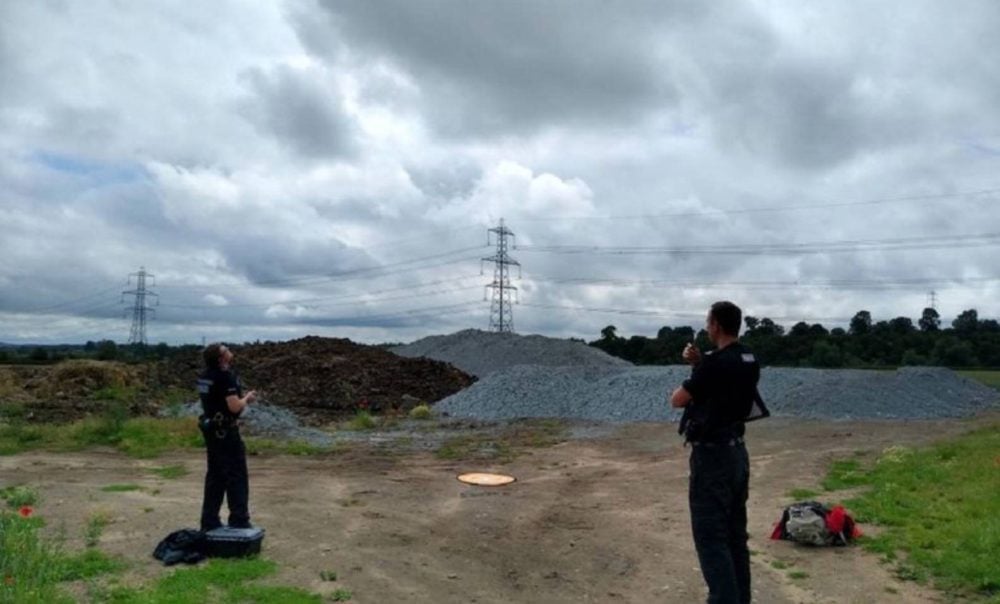 Shortly after 4 p.m., the man was found after six hours of searching in a dense crop of trees, badly dehydrated but still alive. Apparently the wooded area was so dense that even the camera attached to the police drone could not see through it. The man was transported to a local hospital for further checks.

“We had spent several days looking for this man and I must say that I started to fear the worst. He was in poor health already and he simply wasn’t dressed for the kind of weather we had been experiencing. He had no food or water with him and was wearing only a t-shirt, hooded jumper and a pair of jeans. I’ve been involved in searches before where we have recovered dead bodies and I had really started to think this was going to be the same. We even had members of our underwater search team scouring the banks of the river and searching likely snagging points for a body.”

PC Mosley also pointed out the “game-changing” nature of aerial drones in searches for missing people:

“On this occasion, the drone wasn’t actually able to identify where this man was, but it was able to search and clear large open areas in a timely manner. In a methodical search like this that is invaluable. The fields around were full of waist-high crops. Twenty people searching through those on foot would have many hours that we simply didn’t have; it would also have caused thousands of pounds worth of damage. So the police drone really is a game-changer when it comes to finding missing people.”

Unfortunately, the article doesn’t describe the type of drone that was used during the search efforts, although looking at the photo it seems to be a DJI Mavic 2 Enterprise. Possibly it was not the DJI Mavic 2 Enterprise Dual with includes a thermal camera that might have helped to locate the missing man in the dense woods.

In this case, it was not thedrone that found the missing man, but the unmanned aerial system (UAS) did free up resources and allowed the team to clear areas much faster than otherwise would have been the case. So, indirectly the drone played a crucial role in finding and saving this man’s life.