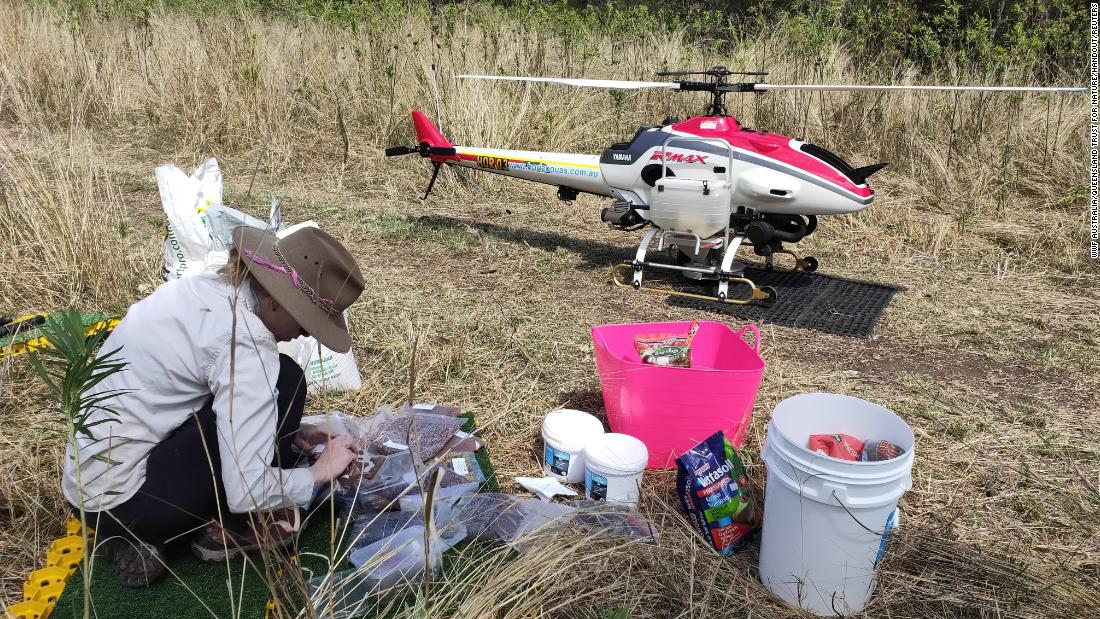 After the devastating wildfires on Australia’s East Coast, specialized seed drones are now used in a test program to drop seeds to boost koala numbers by regenerating bushland with gum trees. The program is part of a World Wildlife Fund (WWF) scheme.

Koala’s main food source is the leaves of the gum trees. Restoring the bushland and forest habitat that was razed during the 2019/2020 wildfire season, is crucial to the survival of the animals in New South Wales.

According to WWF, 3 billion mammals, birds, and reptiles were killed or displaced as a result of the fires that damaged or destroyed up to 7 billion trees across 37 million acres of Australia’s southeast. For reference, this equals about half the area of the United Kingdom.

WWF in Australia aims to raise $211 million USD over the next five years to fund the initiative to try seed drones and other methods to reforest the damaged areas, with the goal of doubling the number of koalas on the East Coast.

“The magnitude of the bushfire crisis requires us to respond at a scale that’s never been done before,” said WWF-Australia CEO Dermot O’Gorman, according to CNN. “One of the new ways we’re doing this is using drones that can put large amounts of seed across landscapes and… reach inaccessible areas much easier,” he said.

Some of the drones used by WWF can plant up to 40,000 seeds per day and will help to establish corridors so that koalas and other wildlife can move across the fragmented landscape, said O’Gorman in a statement.

According to a parliamentary inquiry from June, koalas in New South Wales could become extinct by 2050 unless immediate action is taken.

After years of drought, the Australian bushlands were unusually dry, resulting in the worst wildfire season on record that killed 34 people and destroyed almost 3000 buildings.

On DroneXL we cover many stories in which drones are used for good.