Off-the-shelf drones are tested in Australia to see if they can be used to detect dangerous jellyfish. the research project specifically focuses on the Chironex fleckeri, a massive jellyfish that can kill a human being in less than three minutes.

The research, published today in the journal PLOS One, focused on Chironex fleckeri, a massive jellyfish that can kill a human being in less than three minutes and is known to be the world’s most venomous species.

“Chironex fleckeri is found in waters off northern Australia from October to May, when its liking for shallow, calm, coastal waters can put it on a collision course with swimmers,” said PhD candidate and project lead Olivia Rowley.

“Drone surveillance could help make our beaches safer, and reduce our reliance on time-consuming drag netting by life savers.”

In detecting these large, near-transparent jellyfish, Ms. Rowley and colleagues from the Australian Institute of Tropical Health and Medicine set out to test the reliability of lower-cost domestic drones.

Ms Rowley said, “The attraction of these devices is that they are more affordable, easily transported, and easier to use.”

“They don’t require as much training and licensing as the higher-end versions and a large number of surf lifesaving clubs, particularly in Australia, already have them in their kit for rip identification, and crocodile and shark spotting.” 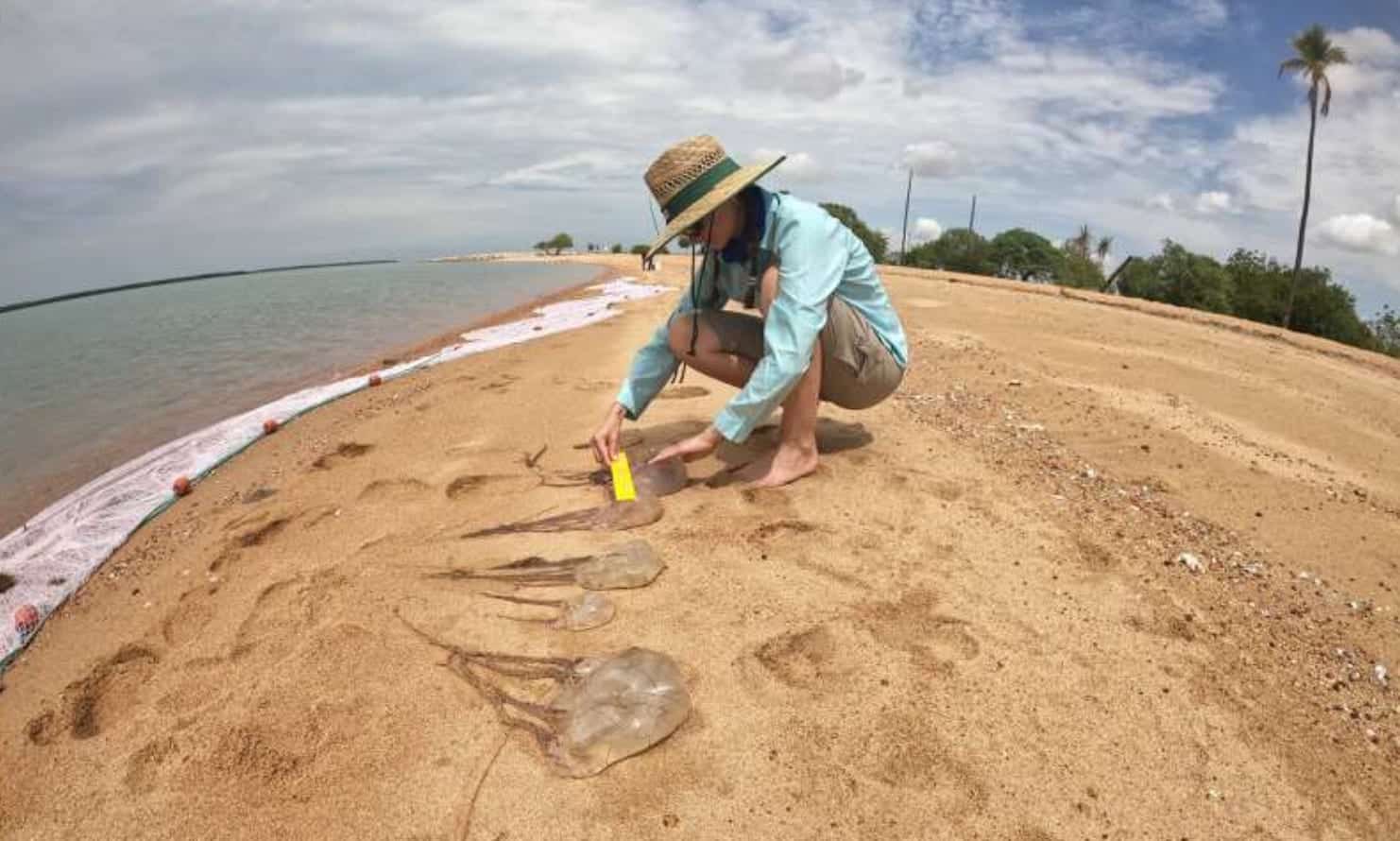 In waters near Weipa on the Cape York Peninsula, the researchers tested the drones’ accuracy as jellyfish spotters. They deployed 200-feet nets then captured drone footage before dragging some jellyfish into the nets and counting and weighing them.

The drone pilot maintained records of the jellyfish spotted at every flight during the experiment. These records were later compared with the netted figures and with the precision of the footage achieved in a laboratory-based study.

The researchers reported that after the flights, analyzing footage resulted in substantially high detection rates. The impact of weather conditions including cloud cover and wind on the success rate of the drones were also quantified.

“This has huge implications. Most, if not all, beaches worldwide, from Japan to Europe and beyond, have issues with very harmful jellyfish and presently there is no way of telling if animals are there until someone gets stung,” Ms Rowley said, according to a news release.

“This project really highlights the capacity for drones as early warning systems. Using drones is fast, effective and cheap and helps keep those on the front line out of the water and out of harm’s way.”

The next phase of the project will see this study checked along the Queensland coast with Surf Life Saving hubs. The trials are funded by the Foundation of Australian Lions and will begin in the coming month.