The Japanese government is set to stop buying Chinese-made drones because of data security concerns, according to six people in government and the ruling party who are familiar with the matter.

The concerns are primarily focused on information technology, supply chains, cybersecurity, and intellectual property, according to the same government sources.

The Japanese government is in a difficult situation as it needs to balance the data security concerns with a deep economic dependence on China. And, at the same time its closest ally, the United States is entangled in a trade war with Beijing, according to the Japan Times.

“China is a big market and it is important for Japan,” one of the senior government officials said.

The Japanese Coast Guard has about 30 mostly Chinese made to drones, while the Defense Ministry has several hundred drones, including some of which are made by Chinese companies. Both agencies said that because of the data security concerns they are currently not using any Chinese made drones. 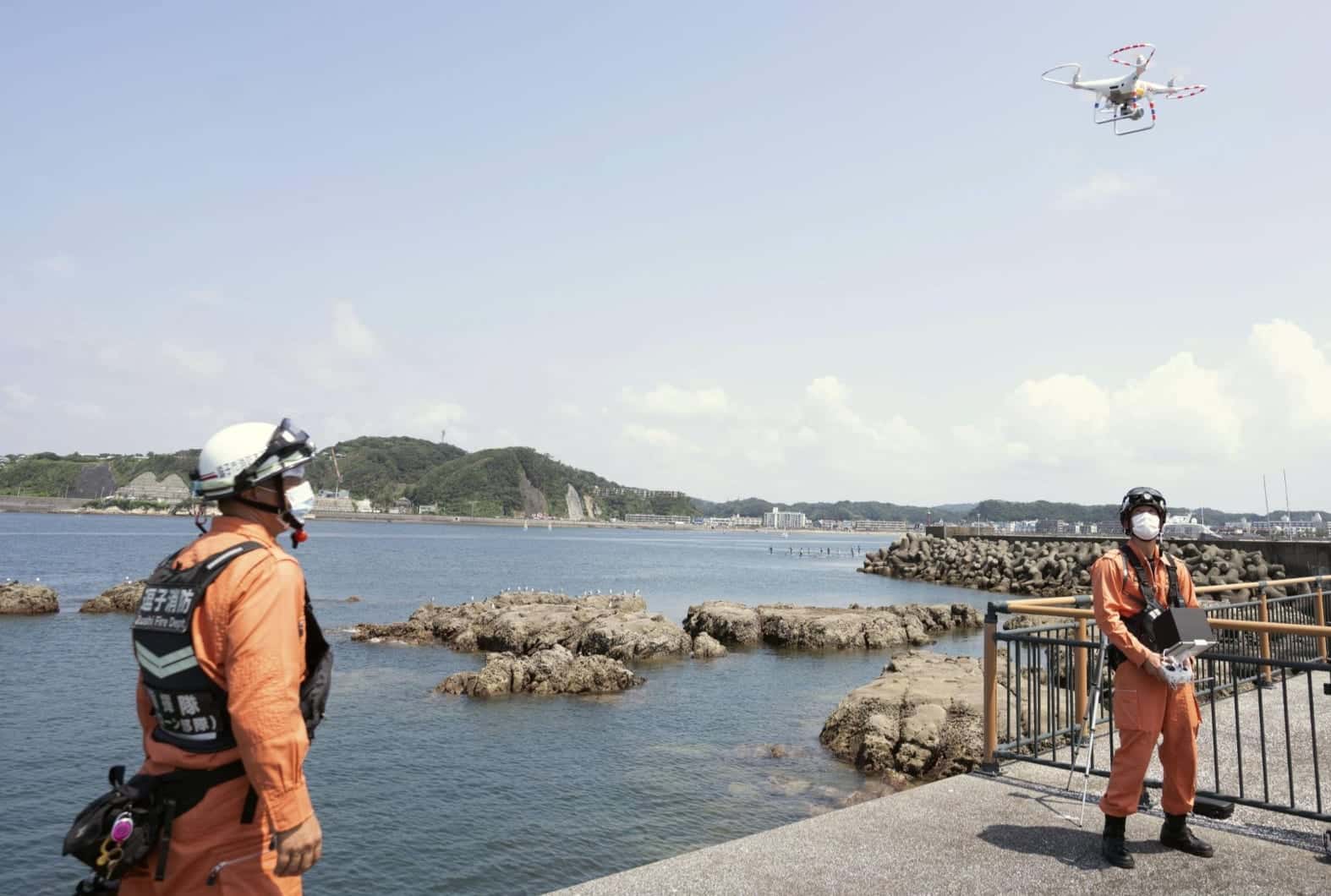 As part of a rescue drill, firefighters fly a drone over waters in Hayama, Kanagawa Prefecture.

New and more strict rules will come into effect in April 2021, but they do not mention any particular country. Senior government officials, however, have said that these new rules were created with China in mind. Domestic drone makers, such as Tokyo Aircraft Instrument Co., are expected to benefit from the new rules.

“The drone platform, flight-control system, and radio communication equipment are all domestic-made, and it is our unique model based on our years of experience in avionics components,” said Kazuya Sumida of the company’s drone division. “We plan to further enhance the security of the drone’s information and communications functions.”

While the government’s share of the total drone market in Japan is small, it is expected to grow strongly over the coming years.

Government officials backing the new rules say that the goal is not to boost local drone makers, but to keep Japan secure.

“Japan will keep diplomatic ties with China but we will more carefully respond to sensitive technologies and information,” said another senior government official.