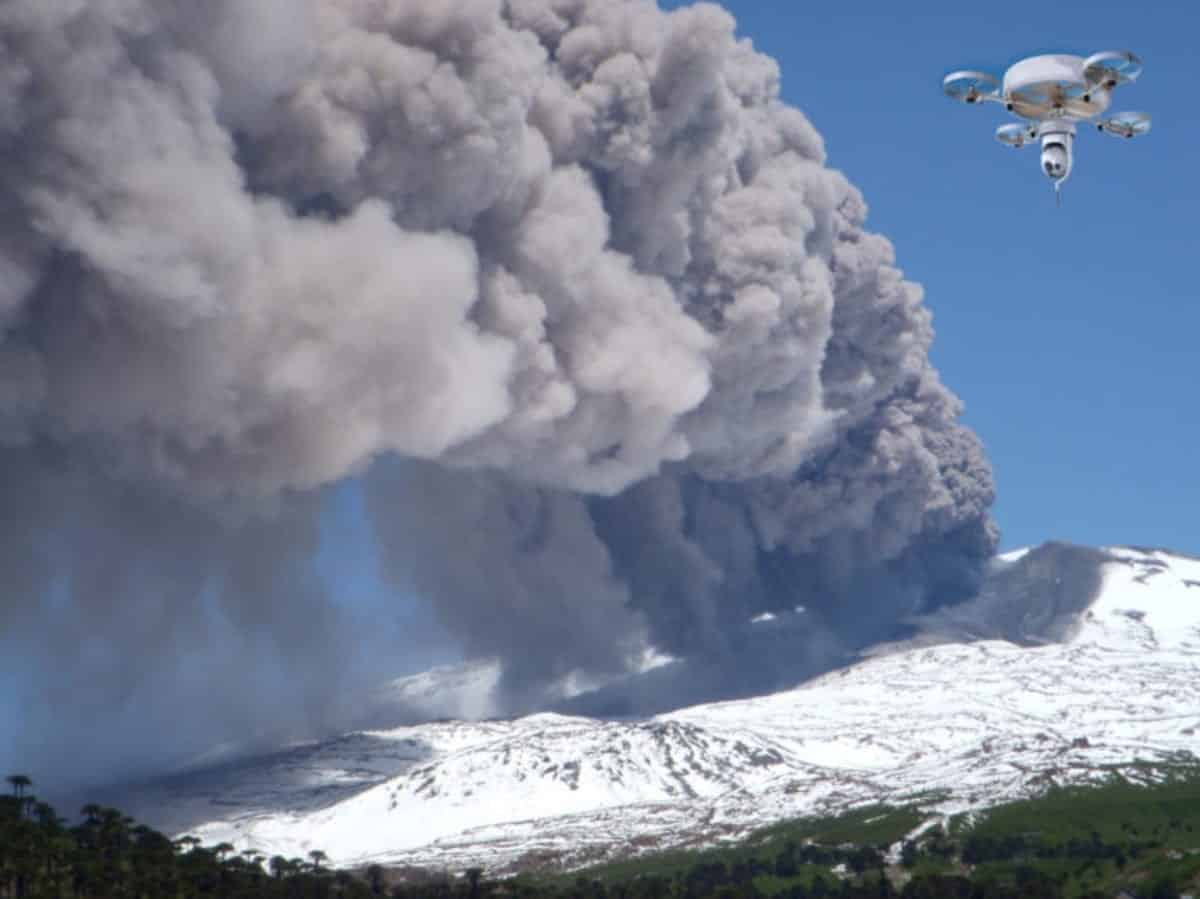 The high tech drones equipped with miniaturized gas sensors are used by an international team of scientists on the volcanic island of Manam in Papua New Guinea to get a better understanding of the contribution of volcanoes to the global carbon cycle that is essential for life on planet earth.

The results of the volcanic research, combining for the first time aerial, ground, and space measurements to learn more about active, inaccessible volcanoes, have been published in the scientific journal Science Advances.

The international team of scientists consists of specialists in volcanology and aerospace engineering from the United Kingdom, the United States, Canada, Italy, Sweden, Germany, Costa Rica, New Zealand and Papua New Guinea, who have worked together to develop modified long-range drones to enable them to safely measure gas emissions from active volcanoes.

The combination of satellite data, remote ground sensors, and the information from the gas sensor drones provide the team of scientists with a much larger data set than ever before. This new research method allows the team to remotely monitor active volcanoes, and get more accurate information on who much carbon dioxide (CO2) is released and where the carbon comes from.

Based on earlier studies we know that volcanoes are among the largest natural emitters of sulfur dioxide (SO2) however little is known about their carbon dioxide production.

Volcanoes release carbon dioxide during eruptions and via underground magma. Measuring carbon dioxide emissions from volcanic sources is both difficult and dangerous due to the high concentration of gases in the atmosphere. As the measurements have to take place close to the volcanic chimney and into the craters, gas sensor drones are the only way to collect the samples in a safe manner.

The team of scientists uses modified research drones with miniaturized gas sensors, spectrometers and sampling devices that can open and close automatically. The drones are flown to the summit of Manam, about 4 miles away, to take the gas measurements.

According to Pressenza, Dr. Emma Liu (from the Department of Earth Sciences at UCL), the project leader, said:

“Volcanic emissions are an essential step in the Earth’s carbon cycle, that is, the movement of carbon between the Earth, the atmosphere and the ocean. But so far, CO2 measurements were made on a relatively small number of the 500 or so volcanoes that emit gas worldwide.”

“We hope to better understand what is happening in volcanoes and also improve our ability to predict the dates and strength of future eruptions.”