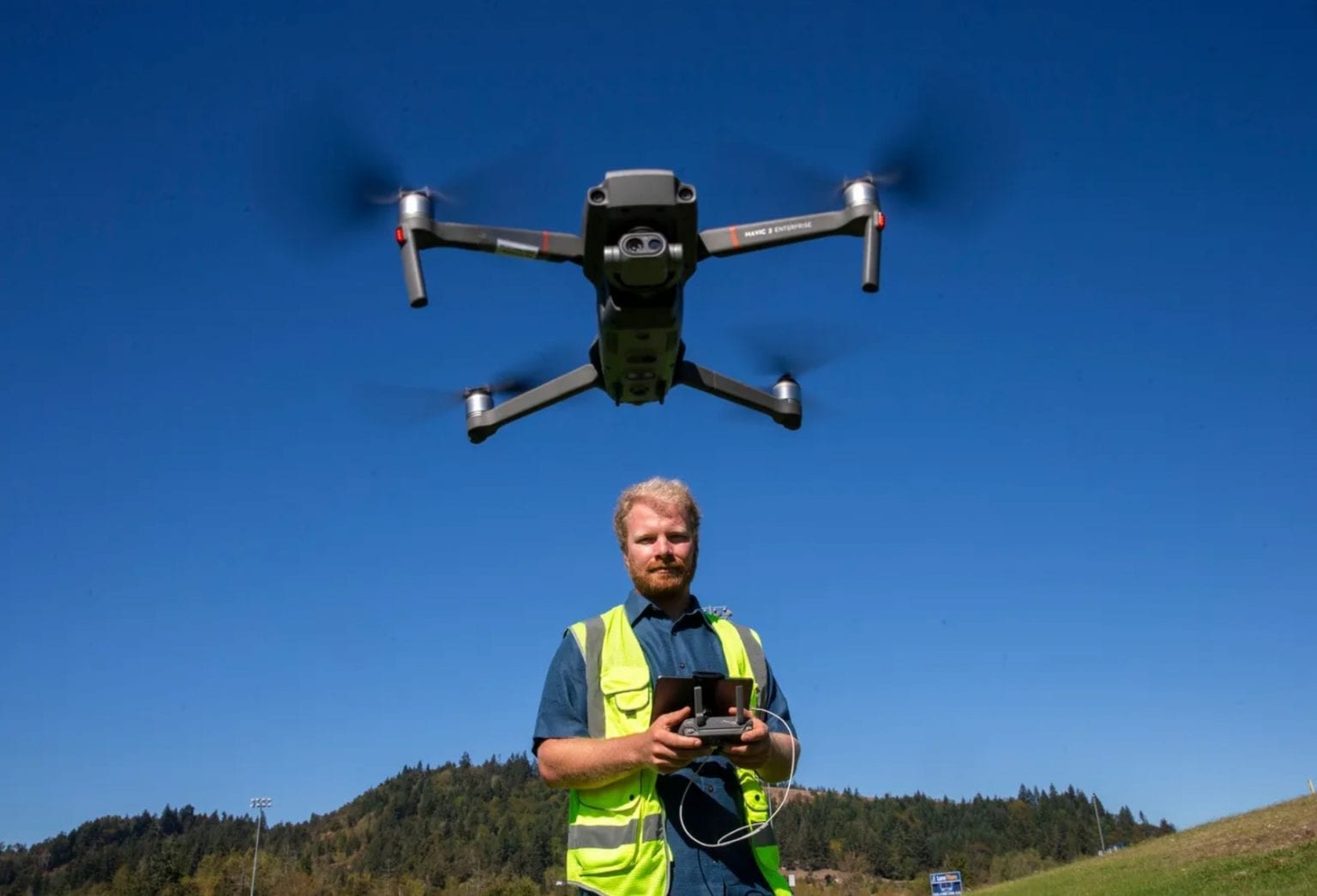 There is no official organization keeping track of the number of lives saved with the help of drones, so DJI started their own tally a few years ago. DJI bases its numbers on news stories and social media posts from authoritative sources such as police departments, fire departments, and volunteer rescue squads

As of October 11th, DJI concludes that at least 500 people have been rescued by drones worldwide. Many cases in which people have been saved with the help of unmanned aircraft systems (UAS) may never reach the desks of DJI, so the actual number is likely to be significantly higher.

Recently, DJI created an interactive map showing all the situations around the world in which drones played a crucial role in saving people’s lives.

“The map and DJI’s tally do not include incidents when a drone is simply used as part of a larger search process; instead, a drone must have directly located, assisted and/or rescued a person in peril,” says DJI.

The 500-lives-saved milestone was reached on October 11th when a 93-year-old woman was rescued from a dark field in Missouri with the help of a DJI Matrice 210 drone that was outfitted with a DJI XT2 thermal imaging camera (Note the M210 is not a basic thermal drone. The Matrice 210 is considered a high-end commercial drone and sells for significantly more than $3,500).

In the video, you can see two officers approaching Chris Fairchild who had been lost for over three hours but was found within four minutes as soon as the thermal drone was deployed.

“To see that little yellow dot, knowing that that’s the person you’re looking for, it feels great,” drone pilot Major Kevin Tieman told a local TV station. Fairchild was exhausted and had lost a shoe but was unharmed when she saw the drone overhead: “I kept saying, Come on, I’m here! Come on, I’m here!”

Over the last three years, I have covered many of these ‘Drones for Good‘ stories. One thing that has stood out from all the rescue situations is that drones with thermal cameras are the most useful in helping to save somebody’s life. As shown in the story above, thermal drones can see the heat signature of a human being through the darkness, fog, even in smoke, and can help locate a missing person quickly.

“Just a few years ago, drones were an experimental technology for innovators in public safety, and civilians with drones often volunteered to help the professionals in emergencies,” said Romeo Durscher, DJI Senior Director of Public Safety Integration. “Today, public safety agencies across the world have adopted drones as a standard piece of equipment, and drones save people from peril every few days. It’s an astonishing success story for public safety, and for the people who are alive today because of drones.”

Thermal drones come in various shapes and sizes. At the low-end of the spectrum, you will find thermal drones such as the DJI Mavic 2 Enterprise Dual, the Autel EVO II Dual, or the Parrot ANAFI Thermal. These drones ‘only’ cost a few thousand dollars, but are very capable of locating people.

“A DJI drone is an amazing product and has allowed us to save lives. It is our responsibility to use all available technology and training to keep the citizens safe. The DJI Matrice 210 and thermal technology has done that,” Tieman said. The Sheriff’s Office acquired two DJI Mavic 2 Enterprise Dual drones this year, and four deputies are scheduled to start flight training this month.

At the high-end of the spectrum, you have drones such as the DJI Matrice 210 (now replaced by the Matrice 300 RTK) with the XT2 thermal imaging camera. These high-end commercial drones are much more capable of offering better weather protection and higher resolution thermal imaging, but they come at a significantly higher price. Think 20 to 30 thousand dollars depending on specs and additional accessories.

While the high-end drones might seem preferable, keep in mind that the lower-end, foldable thermal drones are easier to bring along, are much faster to deploy. And you can outfit more first responders with the lower-priced drones for the money that one high-end one would cost. The best thermal drone is the one that you have with you.

Crucial to first responders’ ability to saving people’s lives with drones is the drone regulation from the Federal Aviation Administration (FAA). Currently, without a waiver from the FAA, you cannot fly at night, over people, beyond-visual-lines-of-sight or over 400 feet of altitude above-ground-level (AGL). Creating an approval system that allows first responders to quickly deploy drones and obtain the necessary waivers is critical and this is something the FAA has been working on already.

“With more than 500 people now rescued by drones operated under basic rules, we can see how reasonable regulations with low barriers to entry literally save lives, and how useful expanded drone operations at night and over people will be when they are permitted at scale,” said Brendan Schulman, DJI Vice President of Policy & Legal Affairs. “The successful use of drones in emergencies also starkly illustrates the crucial benefits to society that are placed in jeopardy when policy proposals seek to restrict or limit access to drone technology, or raise the costs of such equipment to public safety officials.”

500 people saved with the help of drones is indeed a great milestone, however, I believe we are only scratching the surface here. More thermal drones in the hands of more first responders would mean that many more people in need can be saved. You can help by sharing stories like these with your friends and family to help increase awareness of the role that drones can play.