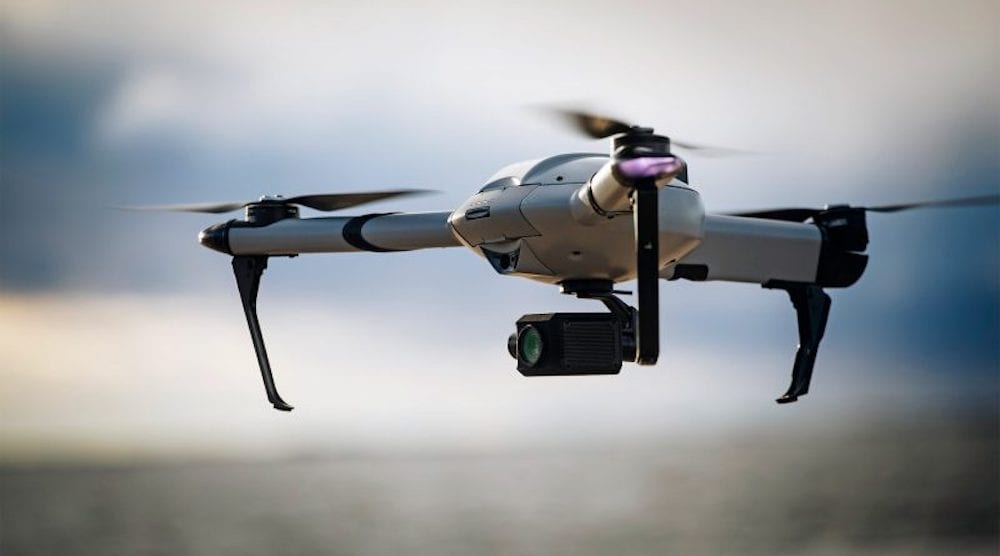 The Dutch Ministry of Defense will purchase 16 million euros worth of unmanned aerial vehicles (UAVs) in the coming years. Civilian drones from DJI and other manufacturers are no longer available as they do not meet the strict requirements set by the military. Instead, there will be tricopters from AtlasPro and a new series of Black Hornet nano drones from FLIR Systems.

From COTS to MOTS

Drones are becoming increasingly important to the armed forces. Not only can drones be used to gather tactical information from the air during a terrorist act or on the battlefield, but drones can also help to temporarily improve radio communication by launching an auxiliary transmitter into the air.

In recent years, the Dutch Ministry of Defense has therefore invested heavily in drones. Not only in military fixed-wing aircraft with a long flight range such as the Raven but also in commercially available equipment from DJI and other drone manufacturers. But the drones of DJI and other civilian unmanned aircraft will no longer be available going forward. The military does not want to be dependent on the 2.4 GHz band for radio communication with the devices. The Ministry of Defense also wants to prevent potentially sensitive data such as flight logs and location data from leaking to servers abroad.

“In the coming years, we will switch from commercial off-the-shelf material to military off-the-shelf drones. From COTS to MOTS, ”said a defense employee who is familiar with the subject.

Military-grade UAVs that are made in EU / US

Instead of commercially available drones, the Ministry of Defense is switching to specialist equipment, such as Atlas Dynamics’ AtlasPRO. This is a tricopter (multirotor with three propellers) with a flight time of up to 45 minutes. The drone is controlled via a tablet and can be equipped with various cameras, such as a thermal imaging camera or RGB camera with 10x zoom.

The drones of this Atlas Dynamics are manufactured in the United States and Europe. This is an important fact for the Dutch Ministry of Defense, because DJI is increasingly under international fire, partly because of its alleged ties with the Chinese government. They do not want to run the risk of sensitive information leaking to Chinese intelligence services, which is why they opt for drones that have been developed and manufactured closer to home.

In addition to the AtlasPro, there will also be new Black Hornets, the miniature drones that are perfectly suited to be able to record unnoticed in hard-to-reach places. Cable drones are also being added to the drone fleet: thanks to a thin cable for the power supply from the ground, such drones can remain in the air for hours.

Military-grade drones are not cheap: the cheapest device has a price tag of 30,000 euros. That amounts to 100,000 euros for the most expensive model. This is mainly because these types of specialist drones are made in small numbers.

In total, the budget for the purchase of new drones is 16 million euros, over a period of 4 years. Due to rapid technological developments, the money is not spent all at once so that the Dutch Ministry of Defense always has access to the latest aircraft.

We are seeing more governments around the world, including the United States, Japan, and now The Netherlands moving away from off-the-shelf drones, including DJI drones, even though the Chinese drone maker says that your data is safe by using Local Data Mode or the ‘Government Edition‘ of certain DJI drones.

The Dutch drone makers Delft Dynamics and Tective Robotics, in collaboration with TNO and Avalor AI, will develop an autonomous drone swarm that can be used by military personnel to collect tactical intelligence. The...