A firefighter’s drone captured a burning apartment in Hornell City, NY. The drone footage shows the fire crew battling the fire that fortunately left nobody injured, although two dogs were killed in the blaze.

The fire that took place on Saturday morning significantly damaged the apartment house, said Brzozowski. Several fire departments arrived at the scene to fight the blaze and the area was closed for traffic for much of the day.

“The fire had a little bit of a head start on us. It was fully engulfed with flames when [firefighters] arrived at Olive Place,” Hornell City Fire Department Chief Frank Brzozowski told The Evening Tribune.

No humans were injured as a result of the fire, however, two dogs were killed. The fire badly damaged the upper floor of the apartment house on Olive Place in Hornell City, NY. City firefighters are currently investigating the cause of the fire.

A 20-minute firefighter’s drone video captured the efforts from the fire crew. 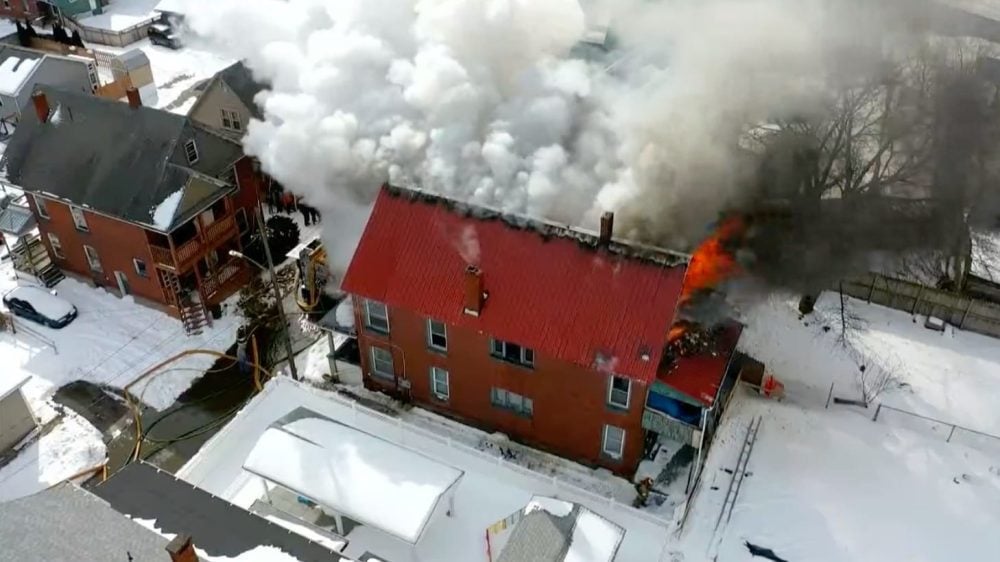 Over the last few weeks, we have reported on a number of stories in which drones were used by first responders.