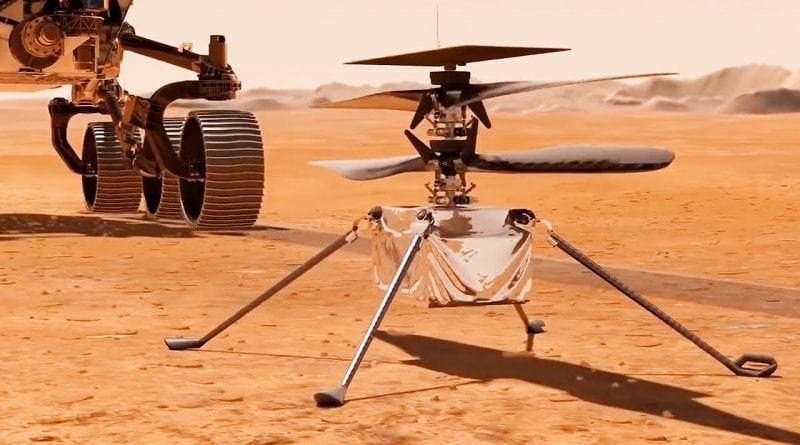 After a space journey of some 292 million miles and a blood-curdling descent through the atmosphere of Mars, the Mars rover Perseverance has successfully landed on the red planet. Space agency NASA announced. Onboard the rover is the first interplanetary drone in unmanned aviation history: the Ingenuity.

The last minutes of the months-long journey to arrive at Mars were, as always, blood-curdling for NASA engineers. During the spectacular descent into the Martian atmosphere, there is no contact with the space robot. That period is also called the “seven minutes of terror”. And because of the great distance between Earth and Mars, it also takes about eleven minutes before the first radio signals are received.

But it all worked out, and Perseverance is firmly on its wheels. The rover stands in the middle of the Jezero crater, which scientists suspect was filled with water more than 3.5 billion years ago. There is also a dried-up river delta near the crater. The Perseverance mission must clarify whether microscopic life ever existed on Mars.

Perseverance is not the first robot to circumnavigate Mars. What is new is the fact that the rover is equipped with a helicopter drone, the Ingenuity. If all goes well, this will make a test flight for the first time on 19 March. That will be the first drone flight on another planet in the history of space travel. The Ingenuity is currently located at the bottom of the Perseverance and will soon be placed on the Martian floor.

The flights that the Mars helicopter will be carrying out are mainly intended to investigate whether it is even possible to fly a drone on Mars. Ingenuity will fly for a maximum of 90 seconds in a row and then travel no more than 900 feet. If everything turns out to be working properly, drones can ensure that many more investigations are carried out during future marching missions.

Specs of the Mars helicopter

The Ingenuity weighs 4 pounds on Earth. The aircraft has a wingspan of 6 feet. Due to the rarefied atmosphere, the double rotors rotate at a high speed: 2,400 revolutions per minute. The drone has a flight computer, li-ion battery, sensors, and two cameras for navigation. The drone also has a solar panel, which charges the battery between flights.

The drone flies autonomously because due to the delay in radio communication with the earth, the drone cannot be controlled remotely. The flight controller contains a SnapDragon Flight processor from Qualcomm for control. Before flying, the rotors will test run a number of times at different speeds. 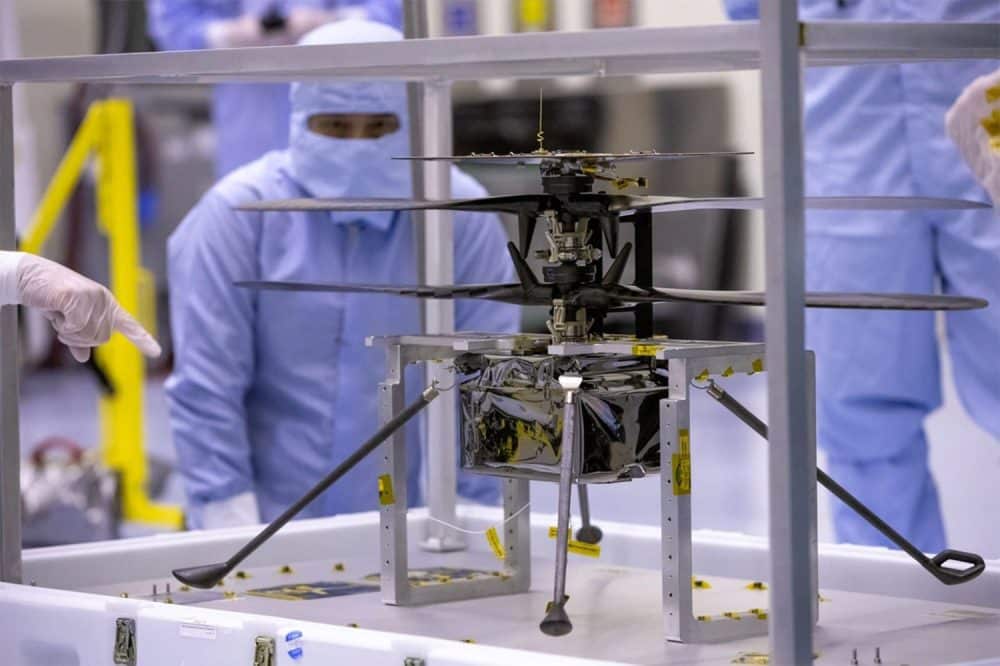 The activities of Perseverence and Ingenuity are followed with great interest from the drone sector. The necessary jokes are already being made on Twitter. “I hope NASA does not forget to reset the home point before the first flight. And doing the compass calibration dance will be quite difficult with that robotic arm, ”says @Simon_Quads.

“If the thing was made by DJI, you would have to do a firmware update first and download the latest no-fly zones…” jokes @romeoch.

I hope NASA remember to reset the home point before that first takeoff. Plus doing the compass dance with a robotic arm is going to be tricky… https://t.co/iDJXxWQUb7

In DJI world, there would be a FW and GEO No-Fly Zone update needed first…