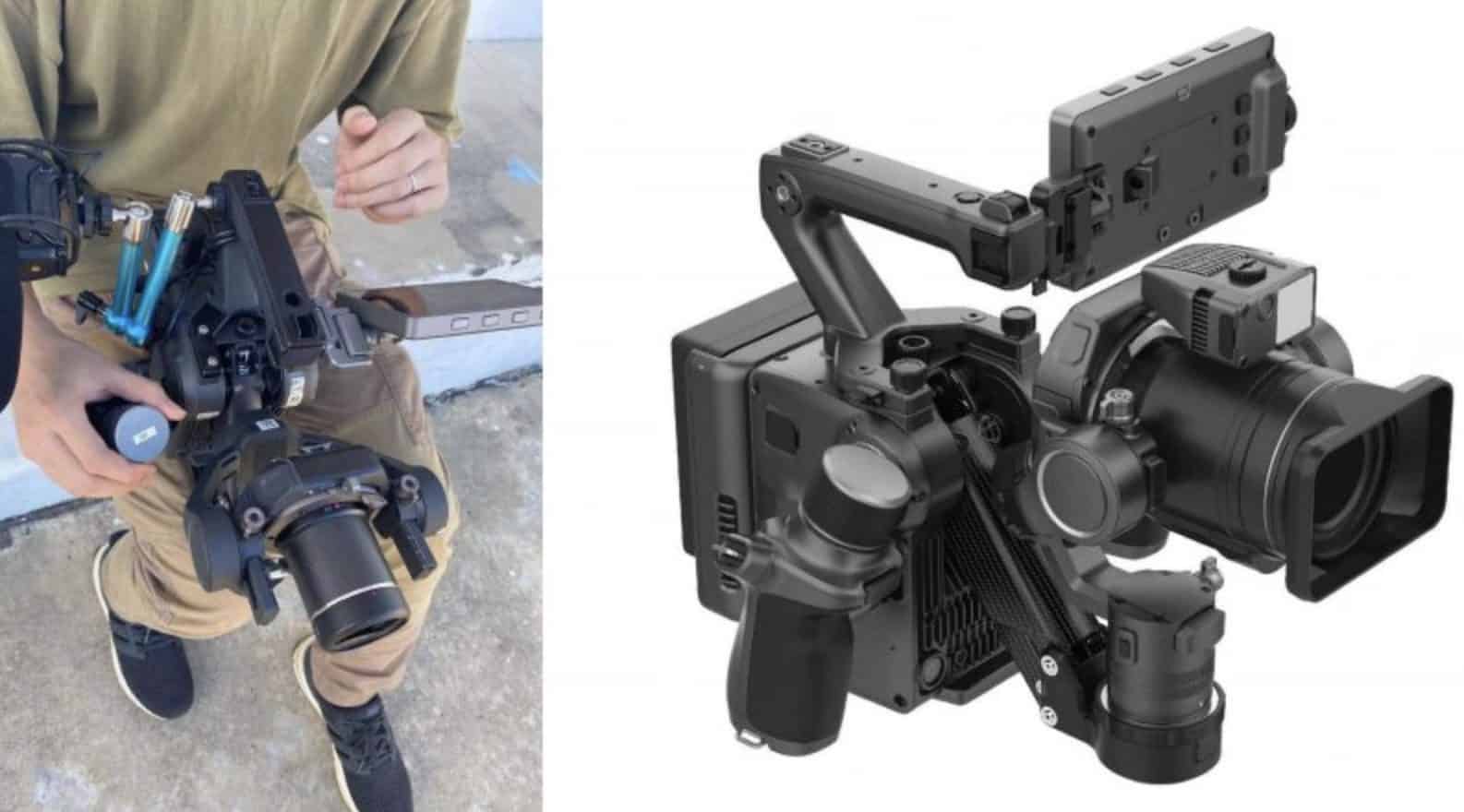 This may be DJI’s upcoming professional gimbal camera with an 8K 35mm sensor. Photos of what appears to be DJI’s next-generation Osmo, a professional gimbal camera, have leaked. Shown is a setup with the Zenmuse X7-like camera at its core. In addition to the three-axis gimbal, there is mechanical damping of the z-axis, a focus wheel, an integrated battery pack, and a display. It is unclear when the product will hit the market and what the price will be.

Years ago, DJI came up with the bright idea to make the interchangeable drone camera of the (then) Inspire 1 series also suitable for handheld operation. The DJI Osmo was born and users could use the X3 and later X5 camera (Osmo Pro) to take stabilized handheld shots in addition to drone shots.

Later on, DJI refined the technology and ultra-compact Osmo gimbals with a camera and all came on the market, the Osmo Pocket. DJI also came up with a system that could be used in combination with mobile phones, the Osmo Mobile. A second version of the Osmo Pocket was released last year. Professional users, however, were deprived of new products, apart from the Ronin series stabilizers.

But new product photos seem to indicate the imminent release of an Osmo system for professional use. Photos show a run-and-gun setup that includes everything the mobile camera operator needs to shoot handheld stabilized shots, including actively damped z-axis (to eliminate walking motion) and focus wheel. The camera module is very similar to the Zenmuse X7 for the Inspire 2. It is probably an 8K Super 35 sensor and the camera is compatible with existing DL-mount lenses. 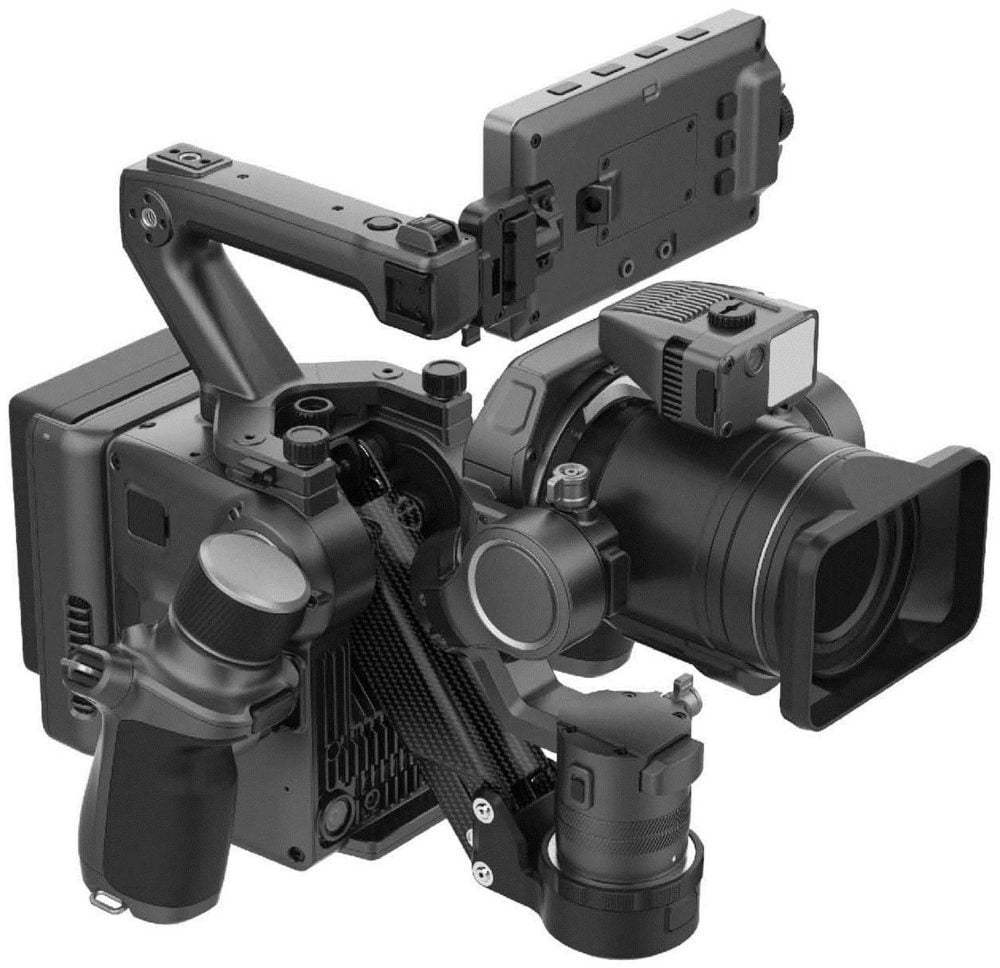 Another leaked photo shows that the system can be further expanded by the user, for example with an external directional microphone. 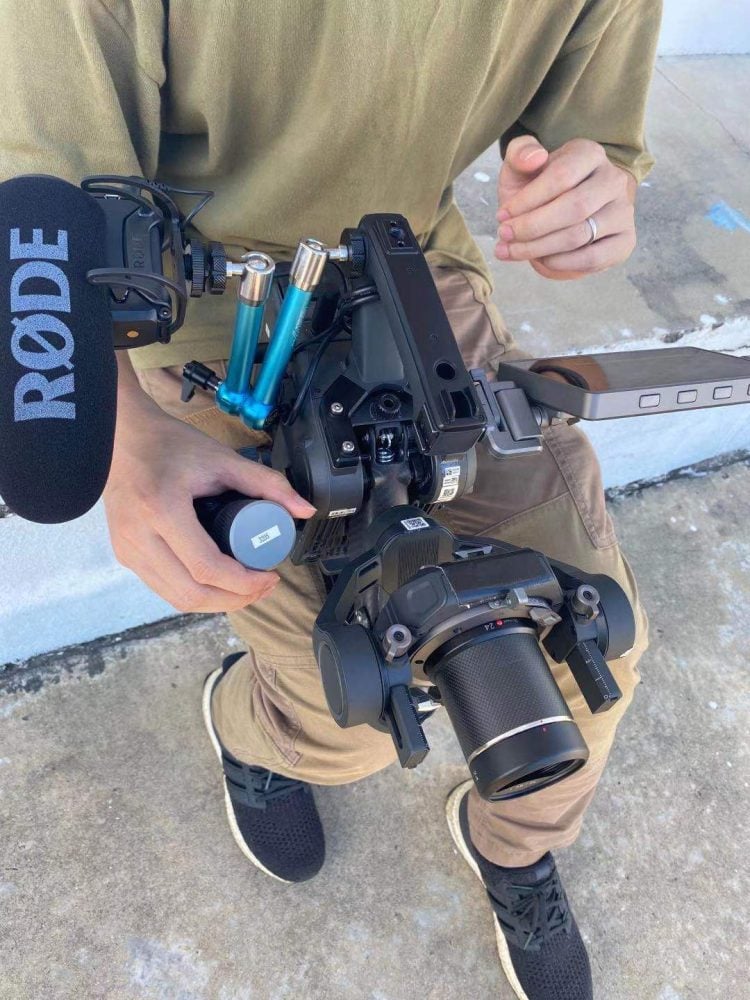 That DJI was working on a stabilizer with a Zenmuse X7-like camera was already apparent from various patent drawings. After that, however, it was quiet for a long time. But it seems that the product will be on the market soon after all. When that will be and what sales price we should think about is not yet clear. 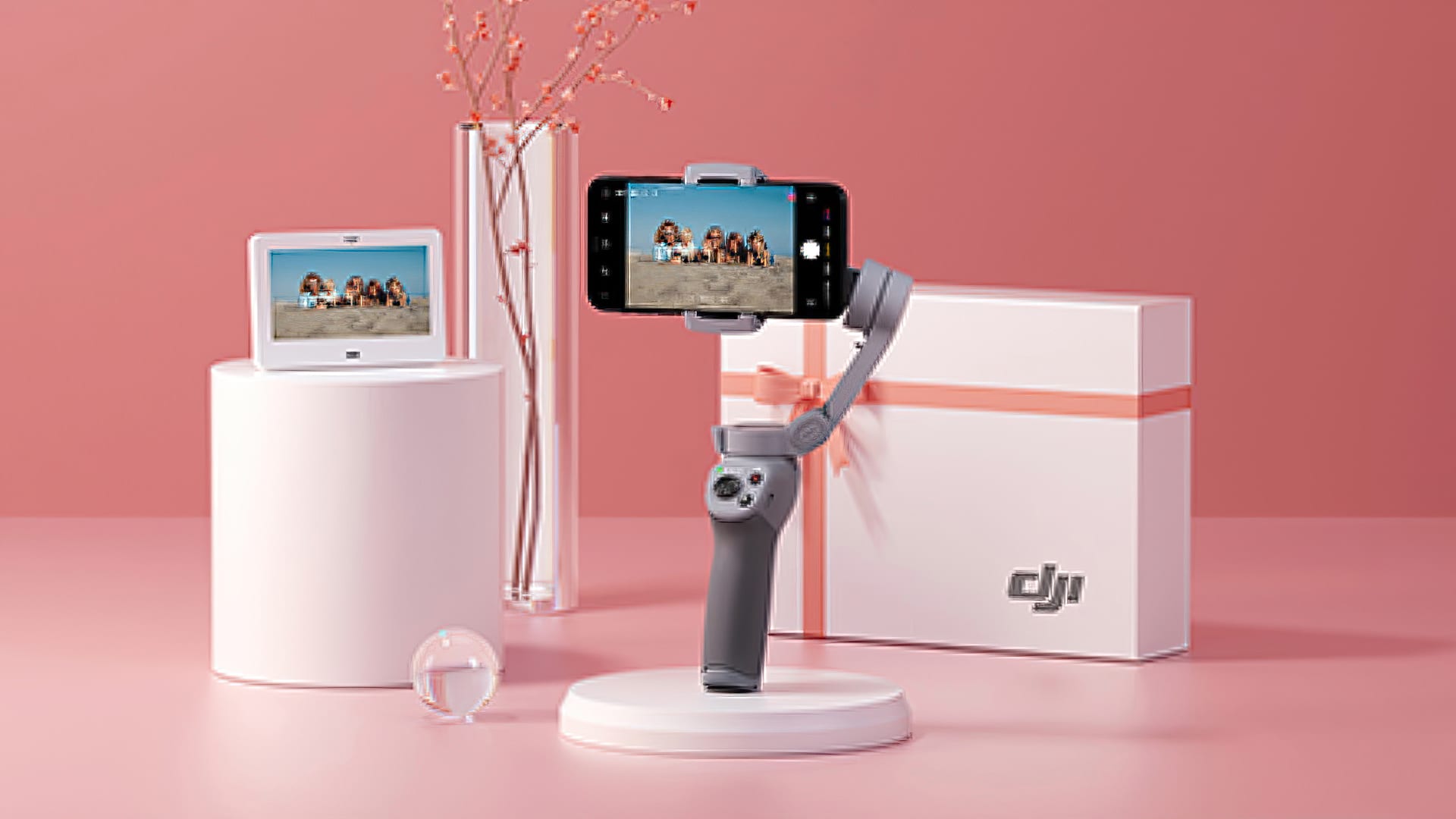 Still, need to buy a nice gift for your mom? Well, check out this DJI Mother’s Day Promotion. The drone maker offers a special limited edition of the DJI Osmo Mobile 3 in a specially designed gift box for $139. You can also get just the handheld gimbal for $89. The Osmo Mobile 3 is DJI’s latest version of their handheld gimbal. It is a foldable device that allows you to shoot smooth...