A DJI representative denied knowledge of the DJI Mini 3 over the weekend. A DJI spokesperson contacted DroneXL to explain that there had been no discussion of a new sub-250-gram drone inside the company.

The DJI representative contacted us to say that there had been no discussion of a new DJI Mini 3 inside the company. This would imply that the information we received regarding a very likely DJI Mini 3 launch on November 15th was inaccurate.

While we believe the DJI spokesperson to provide us with accurate information, it would not be the first time that the world’s biggest drone manufacturer informed us that a new drone would not be available in the US market. Remember how, back in June, Ti Xie, DJI’s Public Relations Director, told us that the company had “currently no plans to sell this product (DJI Mini SE) in the US or Europe” The new DJI Mini SE arrived in the United States about a month later.

Back in July, a DJI representative informed me that the company planned to introduce three to four new products before the end of 2021. We already know that the DJI Mavic 3 and DJI Action 2 are on the way. We know the release dates of these products (M3 on 10/20 and the A2 on 10/27), and we know that there is at least one other DJI release planned for later this year (rumored to be November 15th).

Autel Robotics is one of DJI’s main rivals. Last week, Autel announced the arrival of the Autel EVO Nano and Lite Series. The Autel EVO Nano and Nano+ mini-drones will compete head-to-head with the DJI Mini 2 and, on paper, outperform it in key areas such as sensor size and the inclusion of obstacle avoidance. Would DJI allow that to happen? I don’t think so.

Remember when GoPro debuted the foldable GoPro Karma drone in 2016? Within weeks, DJI released the DJI Mavic Pro drone, thus killing the Karma. Admittedly helped by the fact that the GoPro’s drone, had its own (battery) issues which aided the drone’s demise.

To believe that DJI would allow Autel to introduce a new and improved drone (EVO Nano Series) to the market without providing a suitable response is uncharacteristic of DJI. The world’s biggest drone manufacturer did not become the industry’s dominating player by allowing other companies to eat its lunch. DJI has a reputation for being very competitive and very quick to react to new rival products.

Will DJI surprise us with the DJI Mini 3?

So, where do we go from here? Well, if the DJI spokesman is correct, we will not see a new DJI Mini 3 on November 15. Unless DJI wants to keep this new drone under wraps. Just like it kept things secret when the DJI Mini SE arrived unexpectedly earlier this year.

DJI released the original DJI Mavic Mini in the fall of 2019, only to replace it one year later with the DJI Mini 2, followed shortly by the Mini SE. DJI’s product cycles have been equally quick with the DJI Pocket and DJI Pocket 2, as well as the DJI OM4 and now the OM5.

So, while we think the spokesman is providing us with accurate information, I wouldn’t be shocked if DJI still comes up with a DJI Mini 3 this fall. And, I sure hope that they do.

The last unanswered question. If there will not be a  DJI Mini 3 arriving on November 15, what other product(s) will DJI introduce this year instead?

In the comments section below, please share your views on the DJI Mini 3 and any other items that DJI may release in 2021. We’d love to hear what you think. 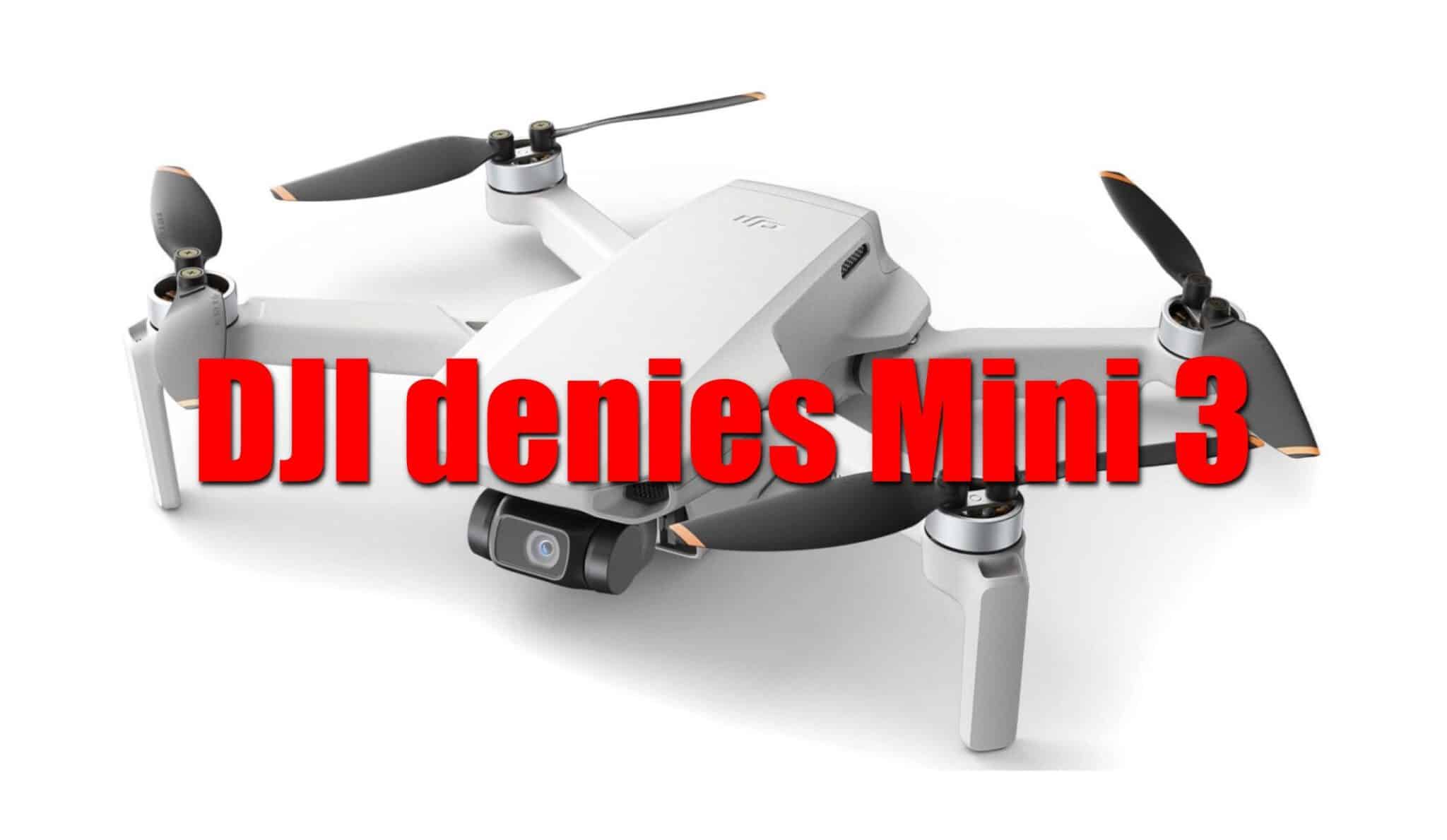