A British canoeist may have unintentionally captured drone footage of the legendary Loch Ness Monster while paddling through Scotland’s Loch Ness for a long-distance charity canoe trip.

“The last thing I want to do is make a Nessie claim,” Richard Mavor said. “I’m the most skeptical of people. But watching this I think yeah, there’s something a bit strange here.”

Mavor, 54, didn’t realize he’d captured a video image of a long, thin form just beneath the water’s surface until he uploaded it to his YouTube channel Richard Outdoors on Sept. 1.

He produced two lengthy movies to chronicle a four-day, 62-mile paddling excursion that raised 15,000 pounds for the Alzheimer’s Society charity and posted them to his YouTube channel.

On Day 3, when the group moored their canoes on the south shore of Loch Ness for the night, he sent a camera-equipped unmanned aircraft into the air to capture some drone footage of the group. 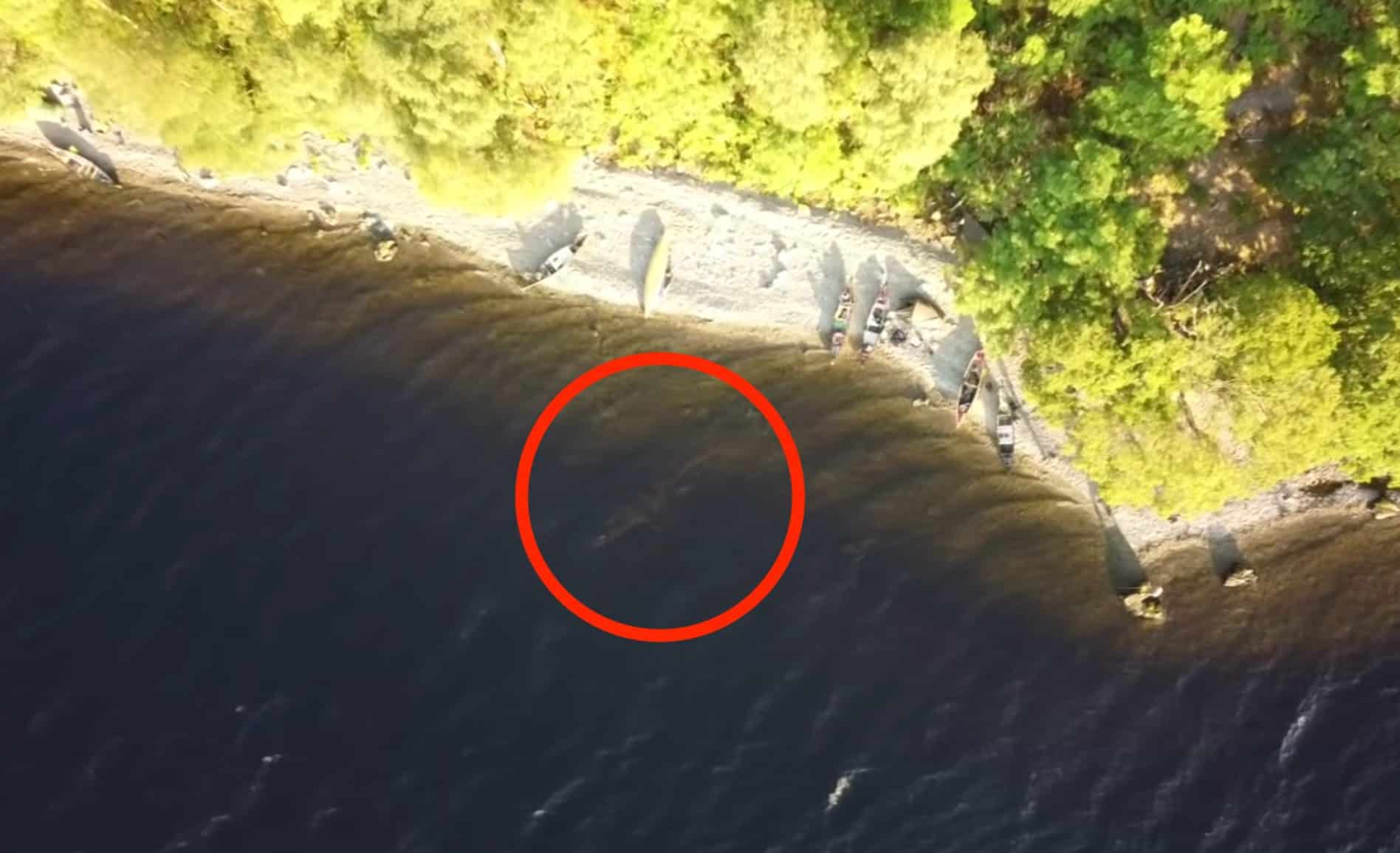 The large silhouette of a creature with nearly twice the length of the beached 14-foot-long watercraft appeared to approach the group as it floated beneath the lake’s rippling waves, zoomed in. Steve Bates alerted Mavor about the picture a week later.

“Must be a trick of the light/waves,” Mavor responded.

After further examination, he began to have reservations about his decision.

“The more I watch it I think, ‘Crikey!’” Richard Mavor told the Daily Record. “There really wasn’t anything in the area that could be.”

“I had to rewind and fast-forward several times,” reported the NY Post, Mavor claimed that he had seen no driftwood or other big things in the water.

“That’s what’s confused me. It’s an inland water, you don’t get tidal debris like you do on the coast,” he said. “Things do wash up, but nothing the size of this.”

The supposed monster in the depths of the deep lake has a long history, dating back hundreds of years. The first claims were made in the 6th century. And the shape captured by Mavor’s camera bore a frightening resemblance to a plesiosaur – a sea creature from the dinosaur-dominated Mesozoic era that has long been linked with Nessie. In fact, Mavor and his crew were carrying a bright-green stuffed Nessie toy as their mascot.

“We called it the ‘Nessie Award’ and handed it to the person who made the biggest fool of themselves on the day,” Mavor said. At the time he shot the drone footage, the miniature monster was riding along in the bow of his canoe. “Maybe the real Nessie just wanted to get a closer look,” he said.