Autel Robotics has developed an automated docking station for its EVO II line of drones. The drone box, known as the EVO Nest, enables users to execute drone operations remotely. The system works with the EVO II series, the EVO II RTK series, and the new EVO II Enterprise series.

The future belongs to autonomous drones, and Autel Robotics has cleverly responded with this device. An autonomously functioning drone box offers the benefit of keeping the drone ready to act 24 hours a day, seven days a week. It is feasible to perform regular missions like return inspections or surveillance flights, as well as to act in the case of a catastrophe. Following each trip, the box opens and the drone lands autonomously in the docking station to be recharged for the next flight.

The new Autel drone docking station has a retractable dome, a fiberglass landing pad, and built-in air conditioning to keep the system cool on hot days. It is a tiny and compact system that is simple to carry and install, according to Autel. The drone box takes approximately 45 minutes to completely charge an Autel EVO II drone. The drone box has an electronic lock and an inside camera for further security.

The EVO Nest has an IP54 certification, indicating that it may be installed in an unprotected outdoor area. Furthermore, the EVO Nest displays the status of each individual component of the modular system, making it simple to troubleshoot issues remotely. 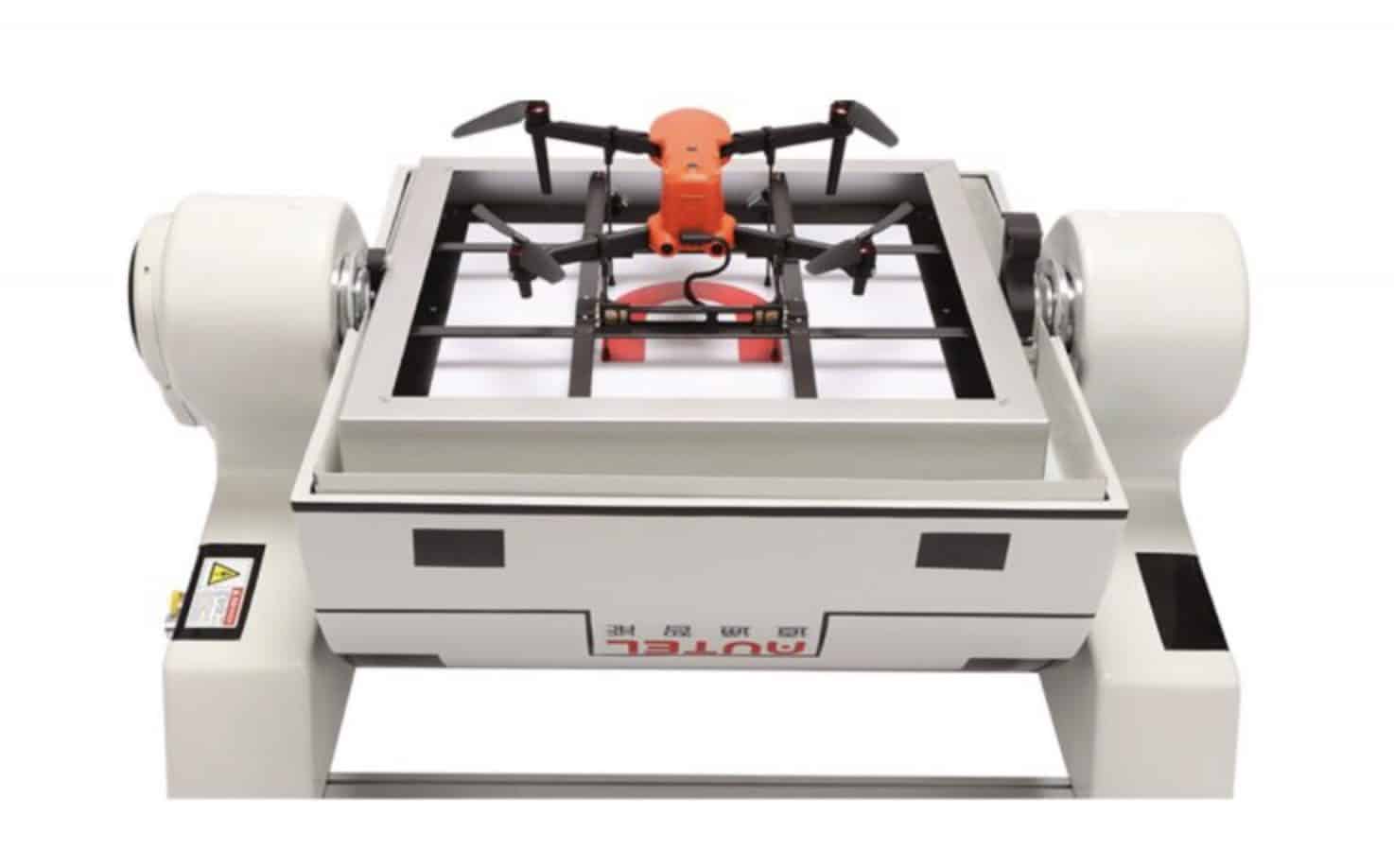 The EVO Nest may be operated directly via SkyCommand Center, Autel’s new flight control platform. As a result, operators may plan and carry out flights remotely. The EVO Nest Automatic Flight System is made up of the EVO Nest, an EVO II series drone, a cloud-based service, and SkyCommand Center software.

The EVO Nest Automatic Flying System has an open API interface, which means that the drone’s flight characteristics may be changed depending on its surroundings. Autonomous take-offs, inspections, and precise landings may all be tailored to industrial requirements.

The topic to be examined is automatically recognized whenever a drone receives its mission. Deviations are identified automatically. During a mission, the flight route and camera angle, among other things, may be modified remotely in real-time through a 4G or 5G connection.

It is also feasible to link several EVO Nest systems together and have many drones execute a job at the same time. The data gathered by the drones and the drone boxes may be requested on-demand from a central location through the cloud.

Price and availability of EVO Nest

The Autel EVO Nest docking station’s pricing and availability have yet to be revealed. The operator must have operational permission for conducting BVLOS flights in order to deploy the system on-site without a drone pilot.