A video shared on Twitter shows how a DJI Matrice 300 RTK is used by the Ukrainian Defense Forces to drop 82mm mortar shells on Russian targets.

Over the weekend, the following video was shared by OSINTtechnical showing how a DJI Matrice 300 RTK is being re-armed and used to drop an 82mm mortar shell on Russian targets.

At the beginning of the video, you can see a soldier removing what might be tin foil to block any GPS connections from the DJI M300 drone. This will help ensure that the Russian invaders cannot locate the DJI drone until the very last moment before the unmanned aircraft takes off.

The member of the Ukrainian Defense Forces picks up one of the mortar shells, which he attached to the release system underneath the drone. The explosives are outfitted with 3D-printed fins to help them fall more accurately on the target.

Dropping grenades with a DJI Matrice 300 RTK is risky business

Once the mortar shell is attached to the DJI Matrice 300 drone, the explosive is armed, and the drone takes off and flies towards the Russian targets. As you can see in the video, the entire operation is not without danger.

First off, the Russians might be able to locate the take-off point of the drone and launch a counterattack.

Furthermore, arming an explosive that is attached to an airborne drone is risky. Apart from not accidentally setting off the explosive, one has to be careful not to hit the spinning propellers, which might cause severe injuries, and cause the drone to crash, which in turn might trigger the explosive.

The entire operation goes well in the video, and it is clearly not the first time the operators are involved in such a mission. 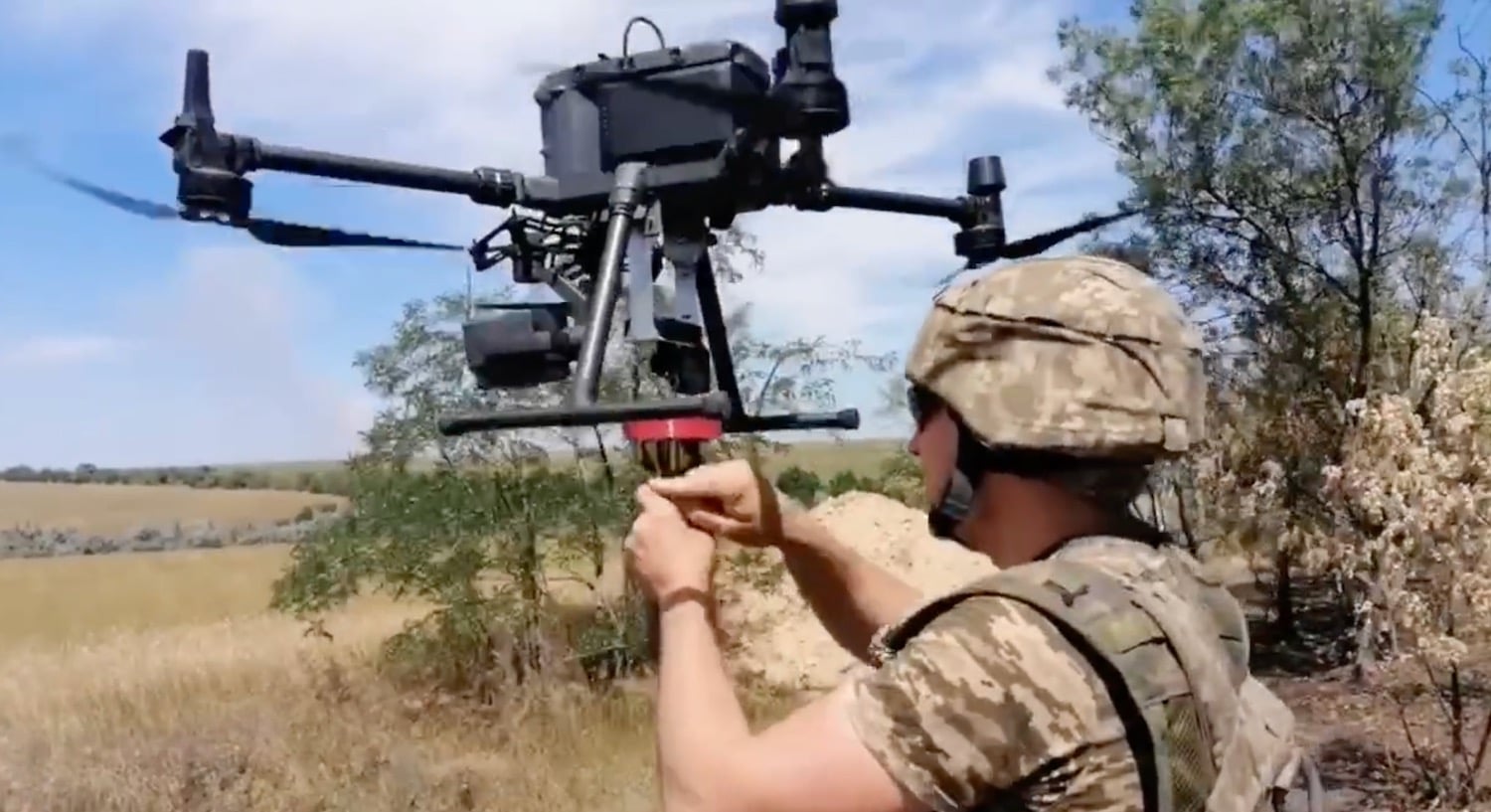