Meet the anti-drone team of the French ‘Garde Republicaine’

Publicly introduced during Summer 2019, the anti-drone team of the French ‘Garde Republicaine’ has generalized a veritable strategy to neutralize air threats above the ‘sensitive sites’. The so-called Protection and Support Section drones (SPAD ) group are now widely communicating on the team and its missions.

The ‘Garde Republicaine’ or Republican Guard is responsible for providing guards of honor for the state and security in the Paris area. Its missions include guarding important public buildings in Paris, such as the residences of the President and the Prime Minister, the Senate, the National Assembly, and the country residence of the President. They also provide honor and security services for the highest national personalities and distinguished foreign guests, military ceremonies, and guards of honor for commemorations. 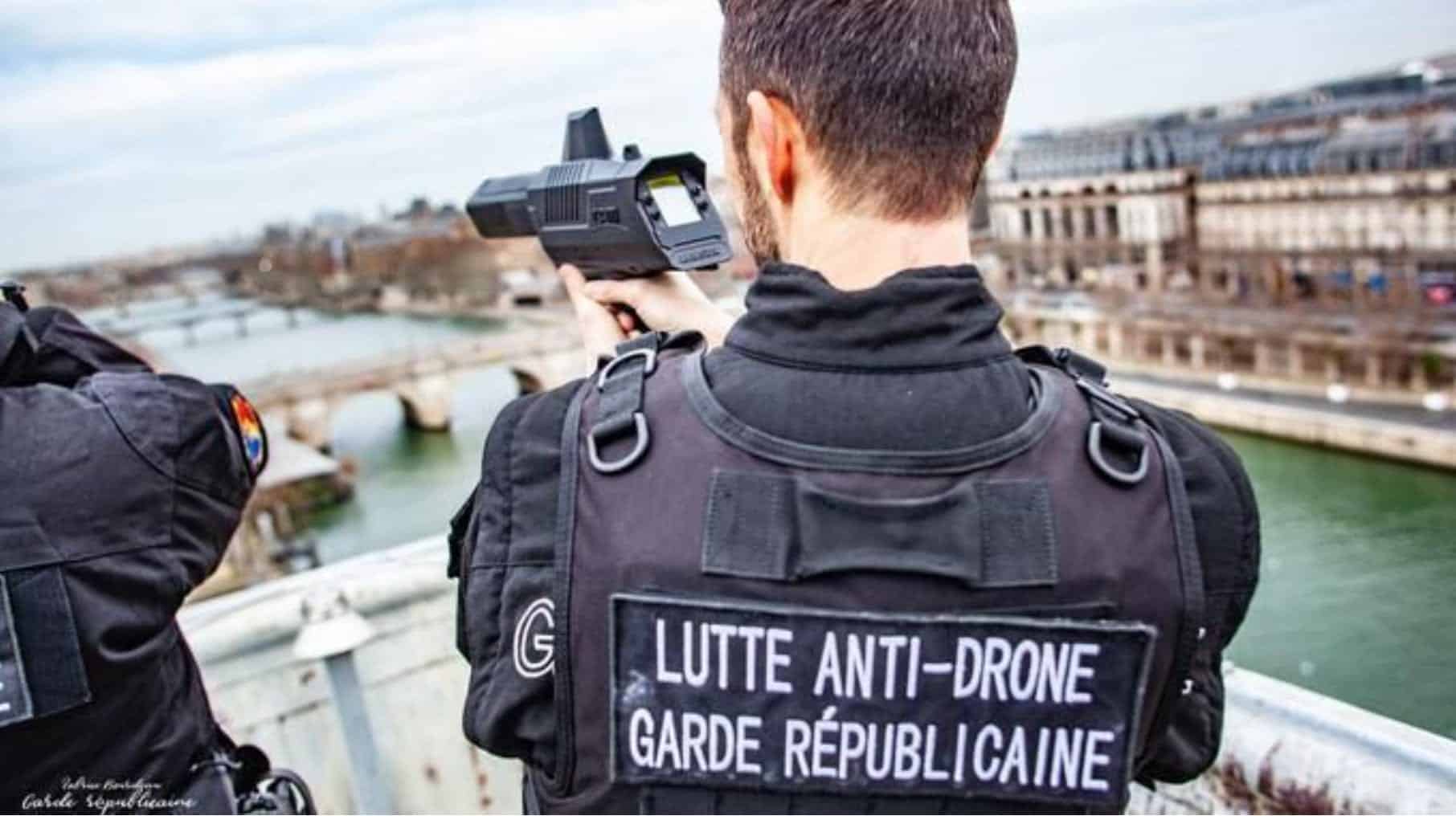 The drone support protection section is responsible for delimiting and monitoring an unauthorized area for drones during meetings between heads of state or major events such as the Women’s World Cup, the 75th Anniversary of the Landing, or the G7. The 27 specialists of this new section monitor the designated area and are responsible for neutralizing the drone in the event of an intrusion.

The main mission of this team is the fight against terrorism explains warrant officer Nicolas Ortet, deputy to the head of the unit.

“We think of a drone loaded with explosives or NRBC (nuclear, radiological, bacteriological or chemical) products that would disseminate over a crowd,” Ortet says. “But the mission can extend to unauthorized shooting or transporting objects. The mission-spectrum is almost infinite. The drone is indeed a vector and can, therefore, be used to commit numerous offenses.”

Their anti-drone gun can cut communications from all devices on the market within a radius of 0.6 miles. According to the pictures they shared on their official website, and different social media verified accounts, they are using an anti-drone rifle from MC-Clic (Monaco’s company specialized in drone missions and anti-drone equipment) and CPM Elettronica, Italian company designing and producing a line of equipment for security and radio frequency countermeasures, focusing on RF Jamming Systems.

To detect them, the Republican guards use a detection device. Enclosed in a suitcase, it spots 95% of the drones on the market within a radius of about 5 kilometers. For the remaining 5%, they trust their eyes. An arduous task because “it is necessary to monitor 360°”, specifies the gendarme Louis Coftier, team member of the anti-drone squad. We recognized this detection system as the DJI AeroScope on their official pictures, the purpose-built drone detection system made by DJI. It allowed its operator to easily track telemetry data from DJI aircraft in surrounding airspace of up to 12.5 miles and is a widely used piece of anti-drone technology. 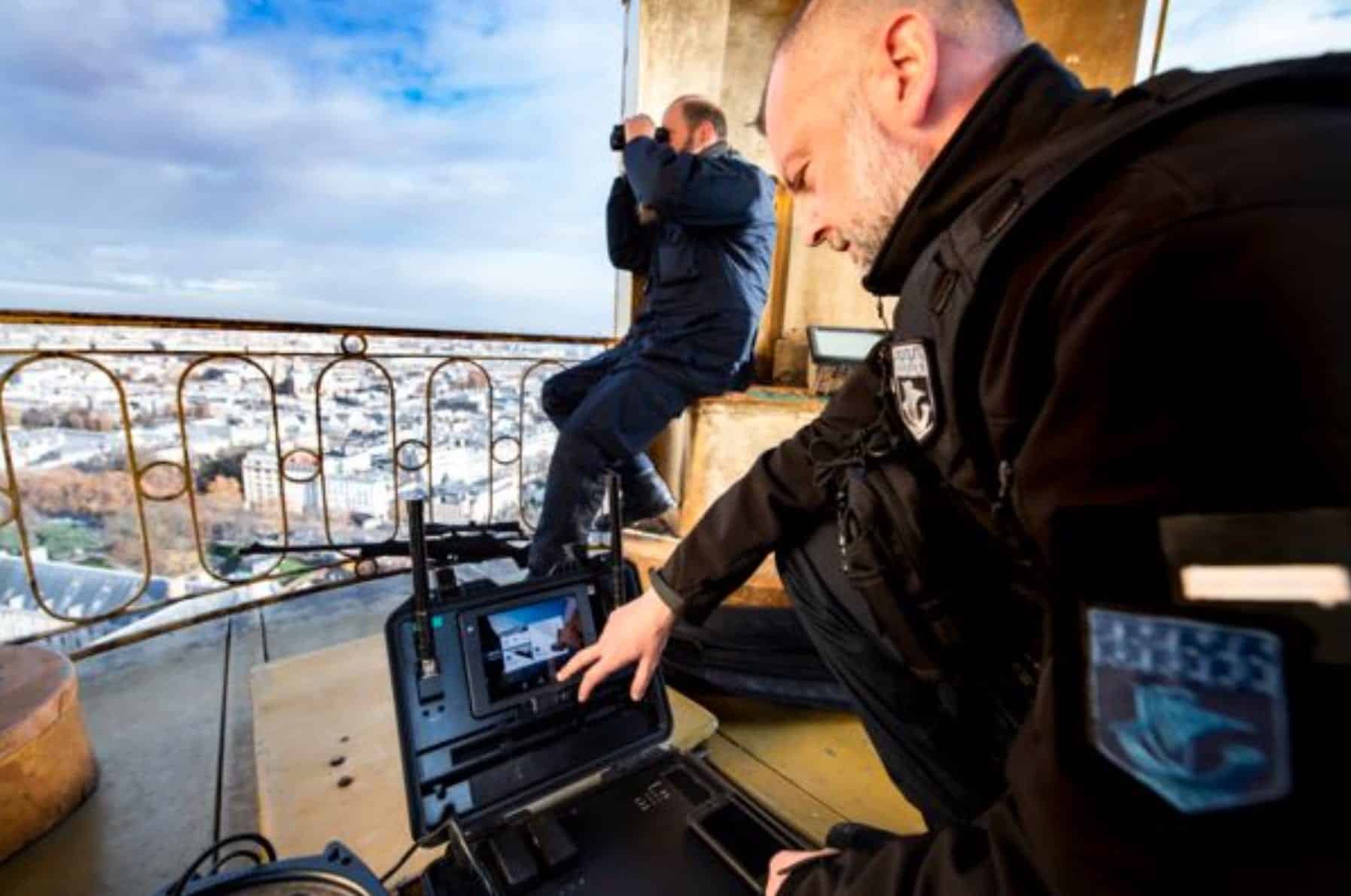 Under the acronym JEY-CUAS – which stands for “Joint European System for Countering Unmanned Aerial Systems – the European Union will invest no less than 15 million euros in the development of a new generation of anti...

During the visit of US President Joe Biden to the NATO summit in Brussels, the Belgian police made use of a new anti-drone system, the Skywall 100, for the first time. In combination with a drone jammer, this system can...