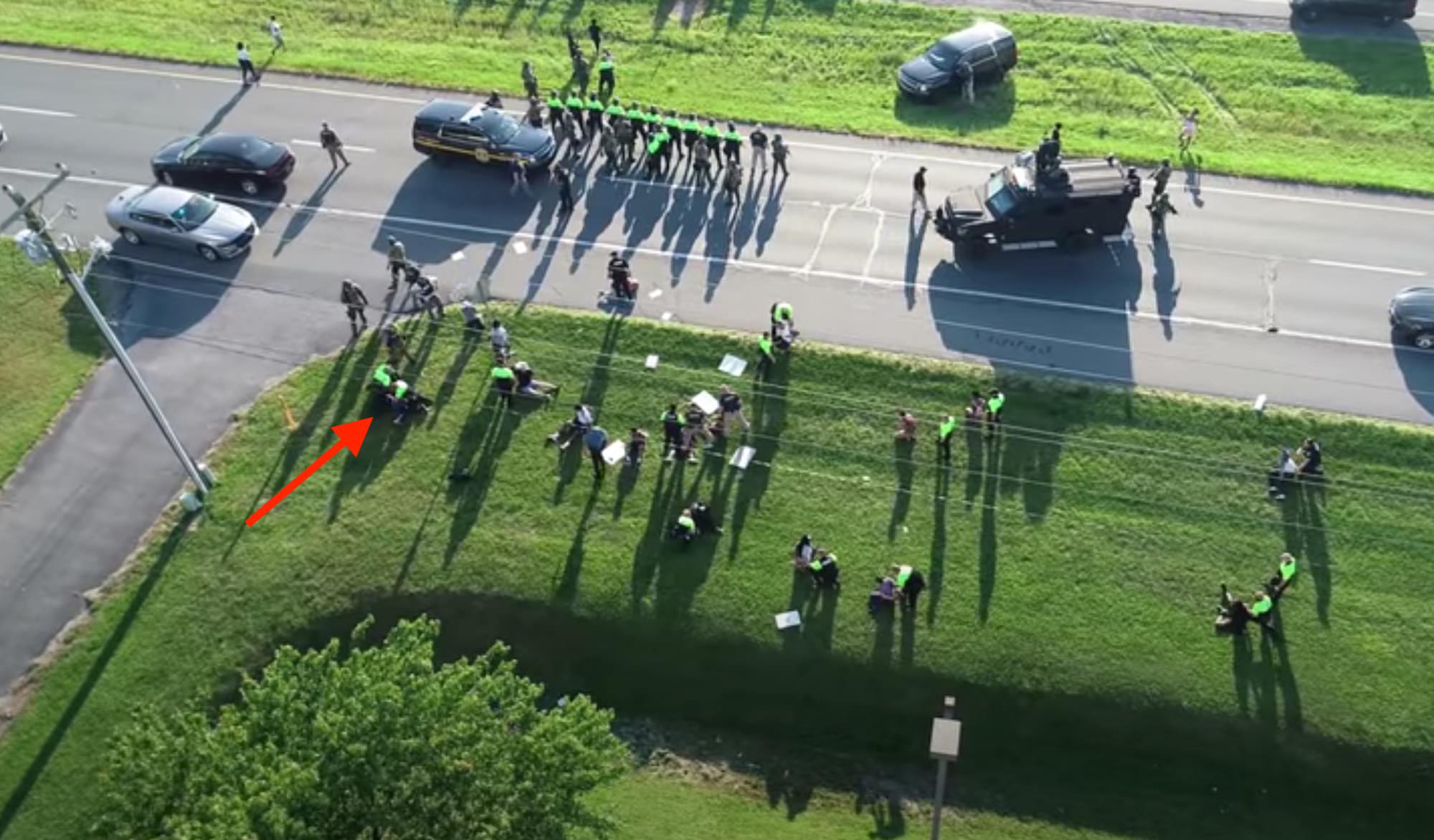 The Dover Police Department said in the statement that:

An individual, later identified as a member of the Dover Post, was detained during the arrest process. The male subject is seen on drone footage (see released video) on the left side of the video. At the beginning of the video, the subject is seen putting on a press credential lanyard that contains what is believed to be a 3”x4” card that had not been worn by the subject prior to this incident. The subject is not wearing any other identifying items. The subject is then observed rummaging through his backpack. A Dover Police Officer observes the subject and engages him not knowing he is a journalist, nor the contents of the backpack he was digging in. The officer believed this to be public and officer safety concern in that moment.

Here’s the video that the journalist captured while being arrested.

It is not often that we see drone footage used by a police department to substantiate a release statement and show what actually took place before, during, and after the arrest. Chief Thomas Johnson from the Dover Police Department has said that the department ‘stands with the community’ and supports ‘peaceful and lawful protests.’