Finally, it is here! DJI’s Adam Lisberg once told me how much work it was to chase, verify, and compile the news stories in which drones played an often crucial role in helping to save somebody’s life. Today, DJI released a global map that showcases all the known Drone-Assisted Rescues Worldwide. 413 lives have been saved with the help of drones in 234 incidents in 24 countries as of today. This is a great initiative as it helps drive the point across that drones are not only the safest form of aviation but also help in saving people’s lives. I would add to this that in doing so, drones are still massively underused. Supplying more first responders across the world with more unmanned aircraft would go a long way in rescuing even more people.

As of today, 413 lives have been saved with the help of drones in 234 incidents in 24 countries. As there is no official database tracking these numbers, DJI complies this list “from news stories and social media posts from authoritative sources such as police departments, fire departments and volunteer rescue squads.” When you browse the map you can click on regions, zoom in, and click on individual stories to learn the exact details of that situation.

DJI’s Brendan Schulman said the following about the new ‘Drone-Assisted Rescues Worldwide’ map: “A powerful resource for policymakers to understand the impact drones have on protecting vulnerable people in their own communities. Regions with less favorable operating rules for drones appear to have substantially fewer reports of drone rescues.” 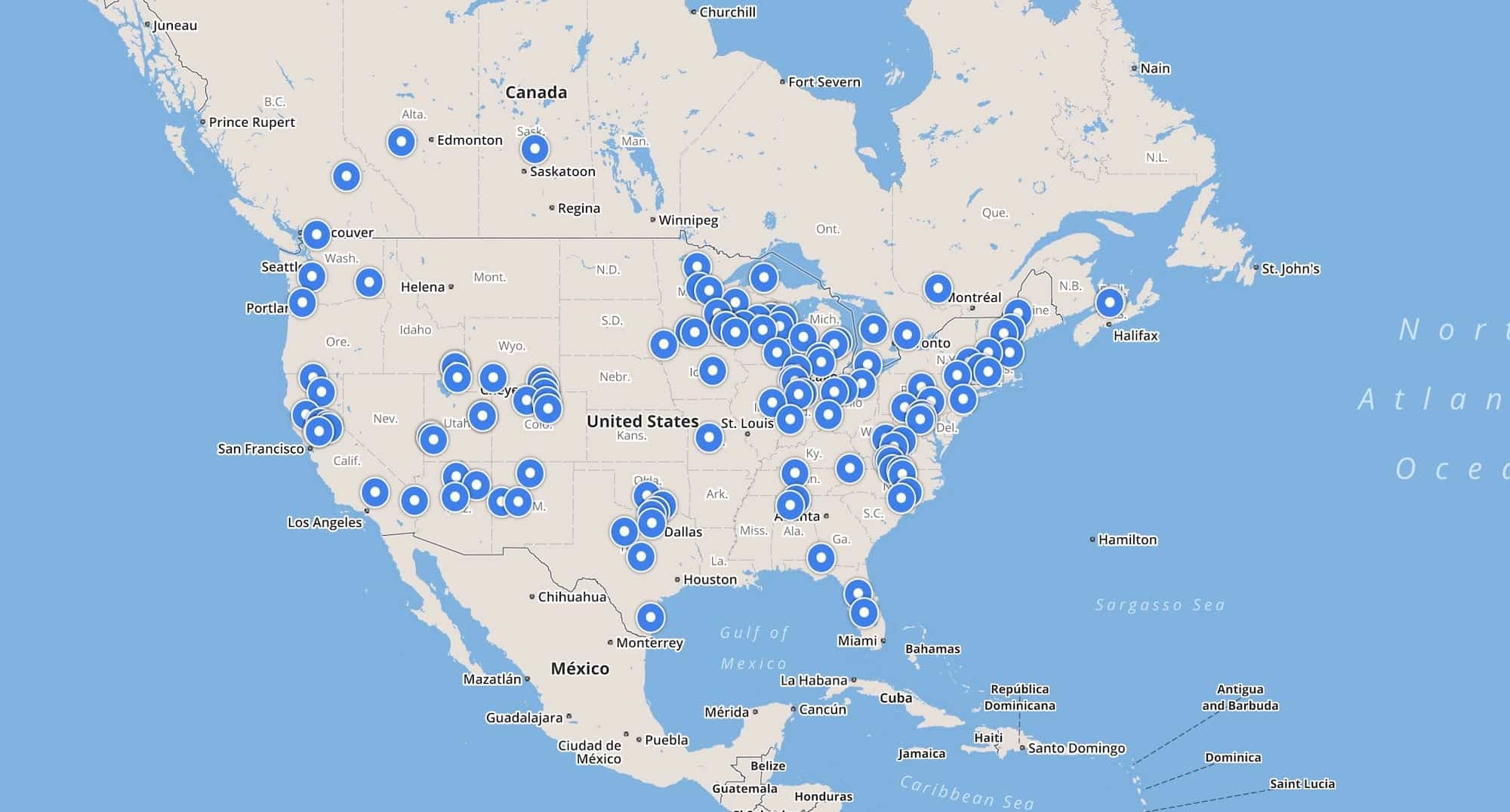 Since no official global database exists, the new ‘Drone-Assisted Rescues Worldwide‘ map from DJI is currently the best resource available. DJI’s system also allows for people to share news stories in which drones helped to save somebody’s life and I urge you to do so as these positive stories are the best way forward to promote our industry.

“The DJI Drone Rescue Map is now the best global reference for how effective drones are in emergencies, and allows the world to see the tremendous impact drones have had in finding lost people, shortening searches, reducing risks to rescuers and saving lives,” said Romeo Durscher, DJI Senior Director of Public Safety Integration. “Public safety workers already know how drones are revolutionizing their work, and now the rest of the world can see their amazing stories in one place. The DJI Drone Rescue Map honors the incredible rescues they’ve made, and will allow everyone to see how drones help save people in the future.”

DJI’s ‘Drone-Assisted Rescues Worldwide’ map only shows the stories in which a drone played a crucial role in locating or rescuing the person or persons.

The map does not include incidents when a drone is simply used as part of a larger search process; instead, a drone must have directly located, assisted and/or rescued a person in peril.

All drones for good stories, when submitted to DJI, will be reviewed before being posted on the ‘Drone-Assisted Rescues Worldwide’ map. The drone maker also asks DJI asks anyone who is “submitting information about a rescue to respect the privacy rights and expectations of the persons involved, and to not share any confidential or sensitive information about agency operations.”

“Drones have changed the game for finding and saving people lost in difficult conditions, and twice last year drones made the difference for us in finding and saving stranded hikers in dangerous terrain at night,” said Kyle Nordfors, Drone Team Coordinator for Weber County Search and Rescue in Utah. “Drones helped make these rescues possible while reducing risk and strain on our volunteer rescue force. We’re excited to see our successful efforts represented on the DJI Drone Rescue Map, and we hope it shows people all over the world how important drones are for saving lives and protecting the rescuers.” 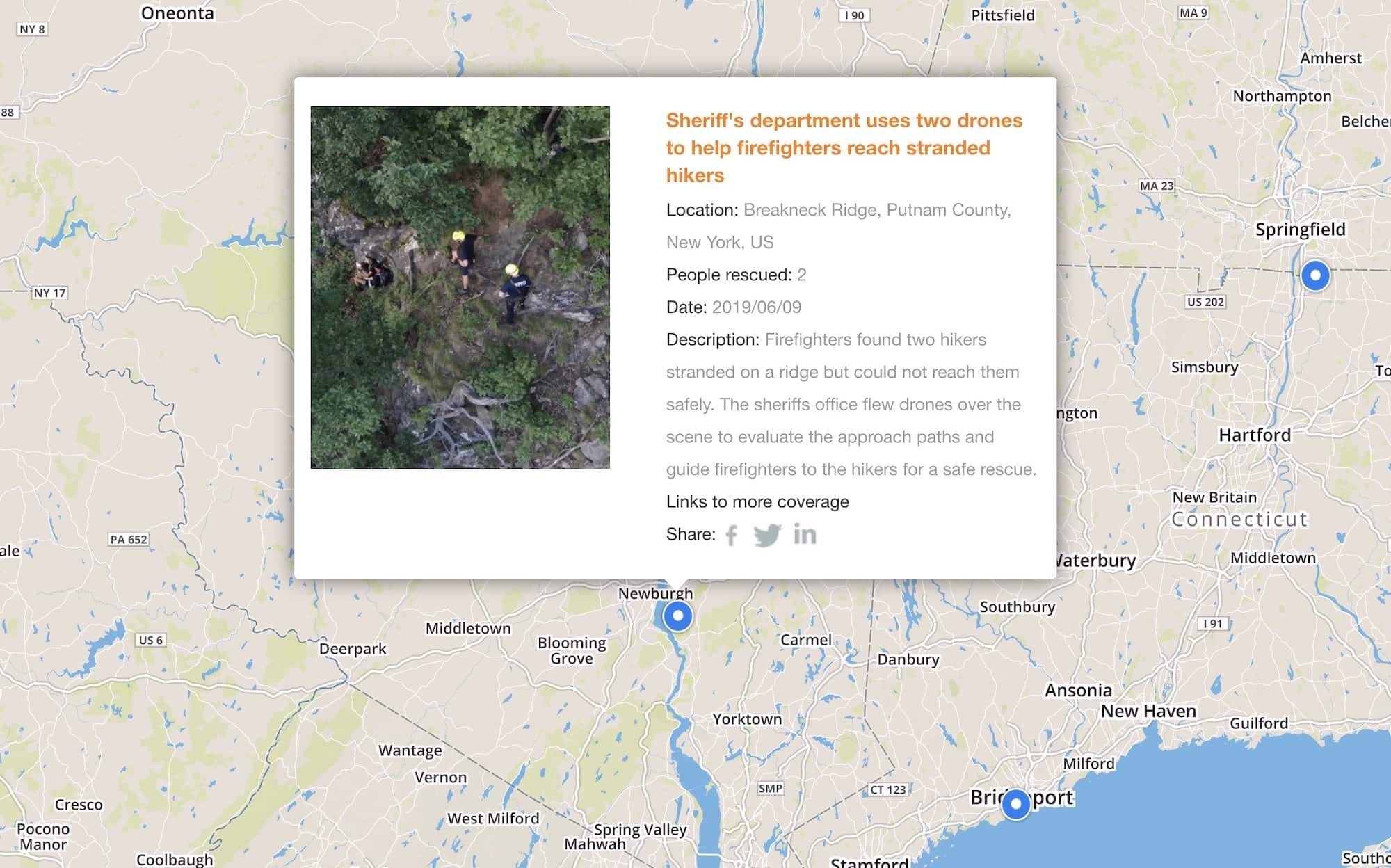 “A powerful resource for policymakers to understand the impact drones have on protecting vulnerable people in their own communities. Regions with less favorable operating rules for drones appear to have substantially fewer reports of drone rescues.”https://t.co/HP4kdbZGx0