In the near future, the Pentagon plans to open a new program specifically to teach troops to spot and destroy small enemy drones. The military is pursuing a uniform solution to defeating drones, which officials have described as an increasing threat to the battleground.

The Army-led Joint Counter-Small Unmanned Aircraft Systems Office plans to open a new UAS counter-small academy in 2024 at Fort Sill, Oklahoma, where it will be part of the Army Fires Center of Excellence, said Army Major General Sean Gainey, the chief of that new office. Gainey’s new office in Arlington, Va., was opened earlier this year as Pentagon officials concentrated more on the topic of small, mostly off-the-shelf drones that have been used against U.S. troops in the Middle East and Afghanistan in recent years.

“The [small drone] threat is evolving,” Gainey said recently. “ Having a synergy at the [future] schoolhouse will help the force understand how to get after this problem.”

The problem has arisen in recent years as military officials have confirmed attacks on American troops in places such as Iraq and Syria by Islamic State insurgents using drones to deploy grenades or other explosives. Defense officials also said that other groups, including the Taliban in Afghanistan, have used small drones to track the movements of American troops in recent years.

In a testimony to the House Armed Service Committee in March, Marine Gen. Kenneth McKenzie, chief of the U.S. Central Command, warned that small drones were among the most alarming threats in the area in recent history.

“The growing threat posed by UASs, coupled with our lack of dependable … capabilities to counter them, is the most concerning tactical development in the CENTCOM [region] since the rise of the improvised explosive device, ”McKenzie said, according to Stars and Stripes. 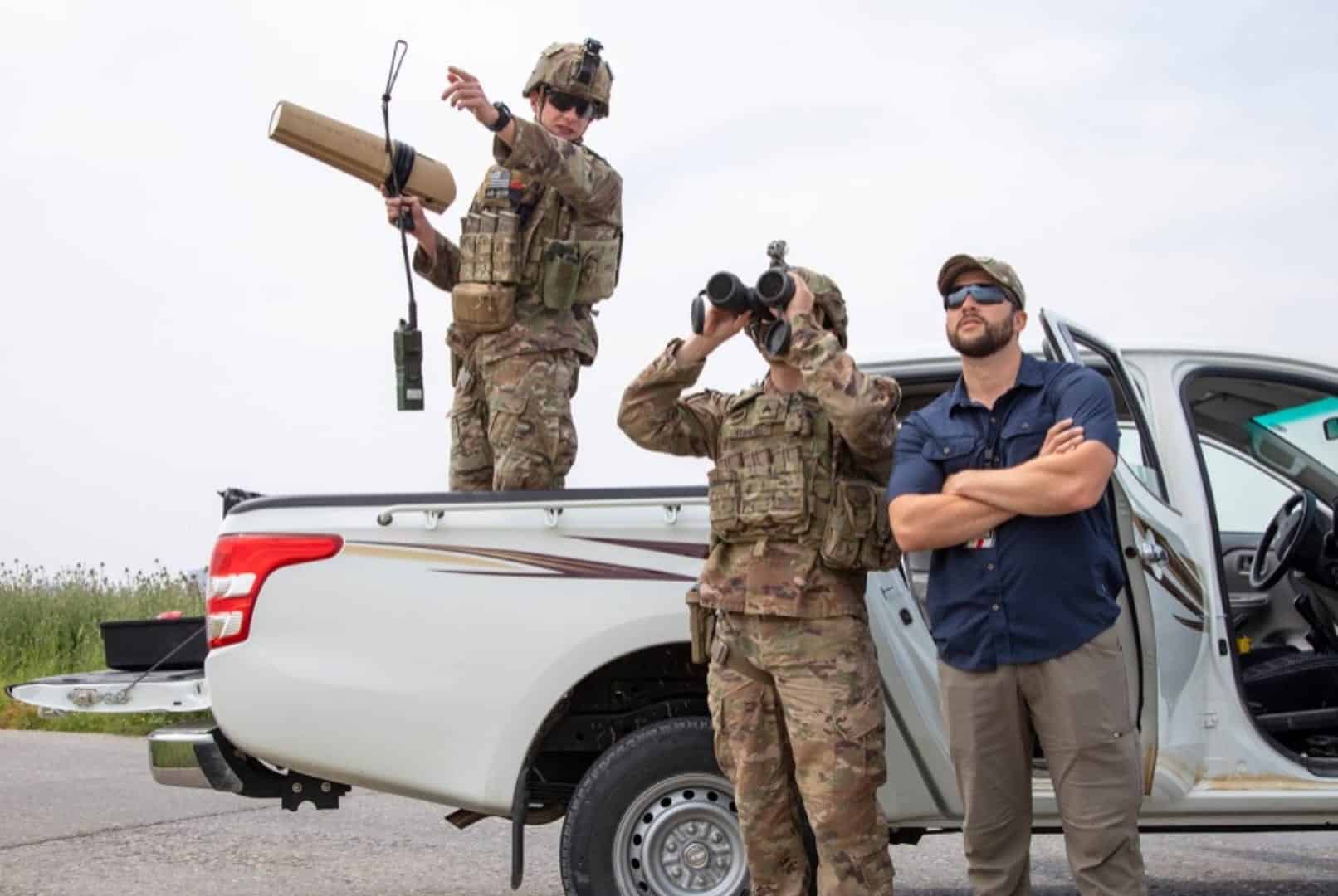 Among the challenges that soldiers face in the war against small drones is a fractured, service-specific approach to defeating them, said Lt . Col. Dave Morgan, who works at the Joint Counter-Small Unmanned Aircraft Systems Office.

The Pentagon has turned to the Army and Gainey’s new office to create these techniques and methods for the entire army to follow to counter intelligence-gathering and armed drones in categories ranging from the smallest, usually off-the-shelf drone models weighing less than 20 pounds to unmanned aircraft weighing up to 1,300 pounds, such as Russian Forpost surveillance drones.

So far, Gainey said, the primary means of destroying such aircraft are electronic warfare, often through drone-killing weapons that use lasers or microwave signals to interrupt communications between the drone and its operators.

The Army hopes that it will work rapidly with the defense industry to create new anti-drone weapons that can attack unmanned enemy systems without interrupting friendly or non-combatant drones, Gainey said.

“We’re at the point now where we can talk to industry about our requirements and lay out to industry [that] these are the requirements that weren’t part of the original set of [counter-UAS] equipment that we want your help with, and that we want you to bring to our test ranges and show us what you’re doing to get after this capability-focus area,” he said.