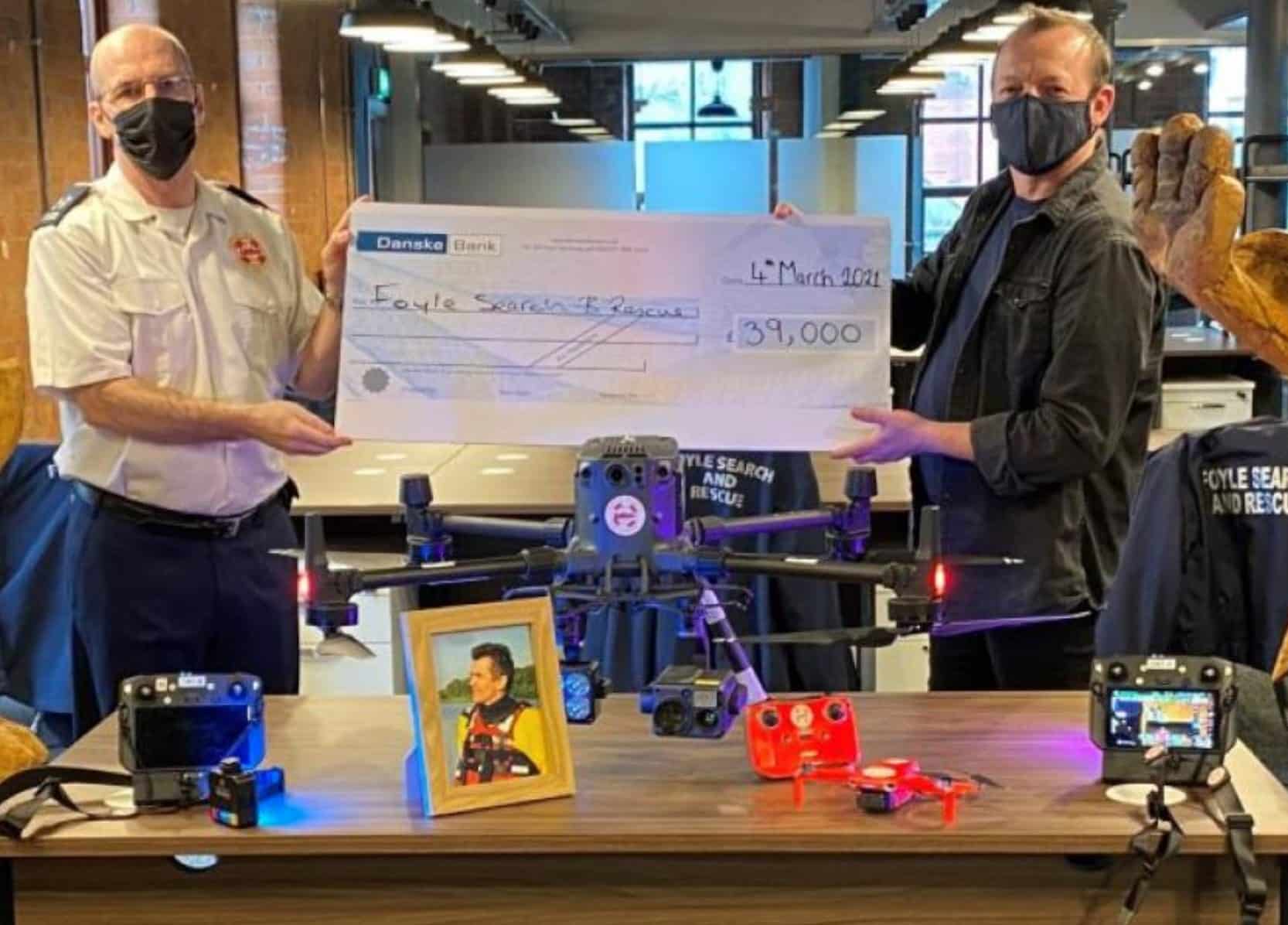 With the additional funds, Foyle Search and Rescue is able to buy six new drones of varying cost and capabilities as well as important accessories such as additional batteries.

In honor of the late Danny Nelis, co-founder of the FSR drone program, the flagship unmanned aircraft was named ‘Delta November 1.’

The chairman of the rescue organization, Pat Carlin was very appreciative of the donation. He said:

“This new fleet of drones will allow us to expand our search and rescue capabilities as the drone team are now able to deploy at night time and in heavy rain or wind thanks to weatherproofing and high-end thermal cameras.”

“As locals, we’re hugely supportive of the important work that Foyle Search and Rescue do and happy for this opportunity to help them expand their capabilities.”

“As the other co-founder of the drone team and speaking with the blessing of Danny’s family, we feel that naming the drone after his call sign is a fitting tribute. Together we set up the project five years ago and the drone program continues on as part of his legacy going from strength to strength. Danny will always be remembered at the charity.”

DroneXL’s take on drones for search and rescue operations

When it comes to search and rescue operations, unmanned aircraft are so-called force multipliers. The unmanned aircraft allow First Responders to cover large areas much faster compared to traditional search efforts. However, over the last few years, it has become increasingly clear that especially drones with thermal cameras are most effective in finding missing persons quickly.

High-end drones with powerful zoom cameras and thermal-imaging capabilities can be very expensive and can easily cost upwards of $25,000. However, there are a number of unmanned aircraft with thermal cameras that are a lot more affordable. For instance, the Parrot Anafi Thermal, or the more capable Autel EVO II Dual and the DJI Mavic 2 Enterprise Dual, or the newly released DJI Mavic 2 Enterprise Advanced. For $10,000 or in the case of the DJI drones even much less, you can now have access to powerful drones with thermal cameras that can make all the difference in finding missing people and potentially save lives. This story of the missing 78-year-old man might have ended very differently if it wasn’t for a drone with a thermal camera.

DJI tracks the number of people that have been saved with the help of unmanned aircraft systems (UAS). Currently, DJI counts 560 such cases.