The barrier is data processing.

The operation of the autonomous flying drone was recently published in the Scientific Journal Science Robotics. “Quadrotor drones are very agile of themselves, but so far only human drone pilots were able to get the extreme out of the drone,” the researchers write. “Autonomous flying based on built-in sensors and computing power was so far limited to low speeds.”

The multiple tasks of observation, mapping, and planning are accomplished sequentially by the current generation of autonomous flying drones that operate on the basis of artificial intelligence (AI). In other words, the AI drone first determines the surroundings, then converts the environment into a 3D representation, and then determines the next piece of the flight path. However, in more complicated situations such as a dense forest, such a strategy is both too slow and too inaccurate. As a result, the bottleneck is the method through which the data is processed. 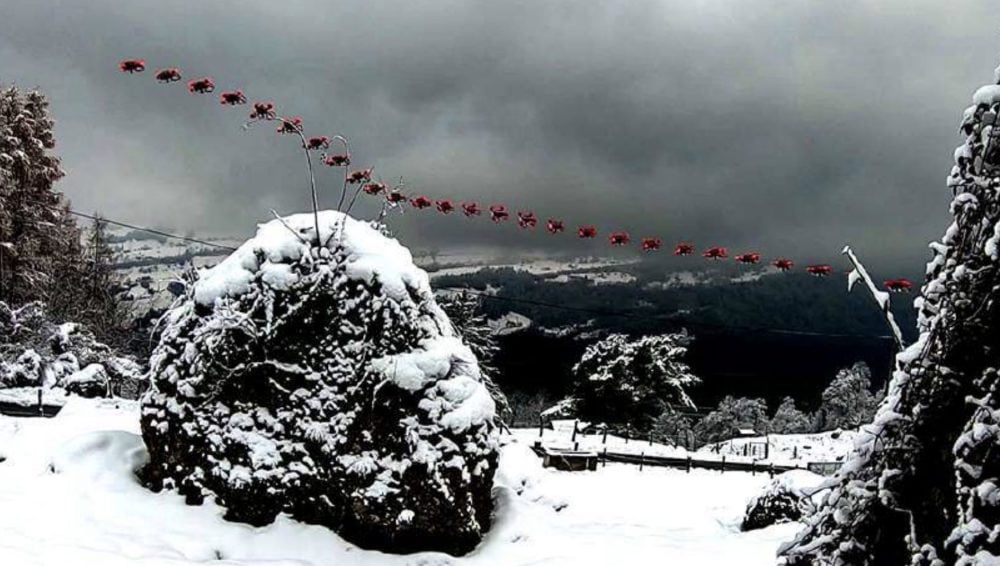 A new kind of computer vision and artificial intelligence (AI) can alter this, according to researchers at the UZH Robotics and Perception Group. According to the synopsis of a newly released research paper:

The key principle is to directly map noisy sensory observations to collision-free trajectories in a receding-horizon fashion. This direct mapping drastically reduces processing latency and increases robustness to noisy and incomplete perception. The sensorimotor mapping is performed by a convolutional network that is trained exclusively in simulation via privileged learning: imitating an expert with access to privileged information. 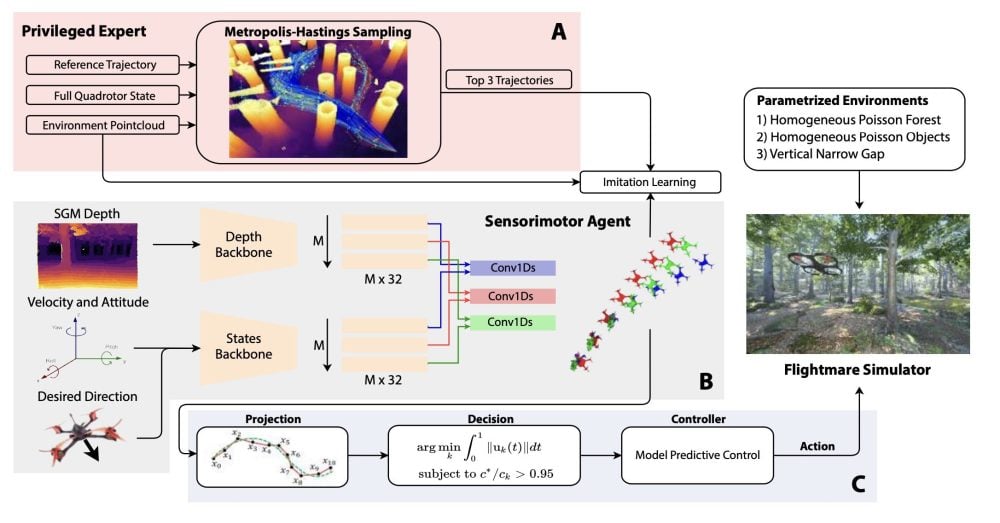 In other words, the drone can autonomously decide a path through an area that is wholly unfamiliar to him, without previously being taught in the circumstance at hand. And all at a rapid rate, owing to the shorter data processing pipeline. The AI drone is modeled after a skilled FPV drone operator. The following video demonstrates the new technology:

Drones will be able to be deployed autonomously by all kinds of complicated surroundings in the future, according to the algorithm. Consider search and rescue applications in a difficult-to-access or partially collapsed location. Of course, there are the appropriate military applications to consider.

What do you think about AI drones such as the one in this article? Let us know in the comments below.