Longest BVLOS drone flight to date happened in the UK

Network Rail, a British rail management business, has claimed the longest BVLOS drone flight in the UK to date. Last Wednesday, a 25-kilometer flight was completed. The aircraft used for the flight was a SkyRobot FX10 fixed-wing drone outfitted with an RGB zoom camera and a thermal imaging camera.

The longest BVLOS drone flight to date happened in the UK

Drones and helicopters have long been used by Network Rail to detect railway faults, forecast breakdowns, and minimize passenger inconvenience, while also offering a safer form of maintenance by lowering the number of manual inspections required.

The goal of Network Rail is to use drones to render helicopter trips, which are still required for checking lengthy routes, obsolete. However, the drones will have to fly over greater distances than the four kilometers previously possible without a BVLOS (beyond-visual-line-of-sght) waiver.

A section of the East-West Railway between London and Birmingham was selected for last week’s test flight, which took a year and a half to prepare. The drone flew for at least 25 kilometers (almost 16 miles). The drone was outfitted with an ADS-B transponder as part of the BVLOS waiver requirements.

Throughout the flight, a Network Rail helicopter flew alongside to see whether the two planes could cooperate during the operation and to see if the onboard systems recognized each other. 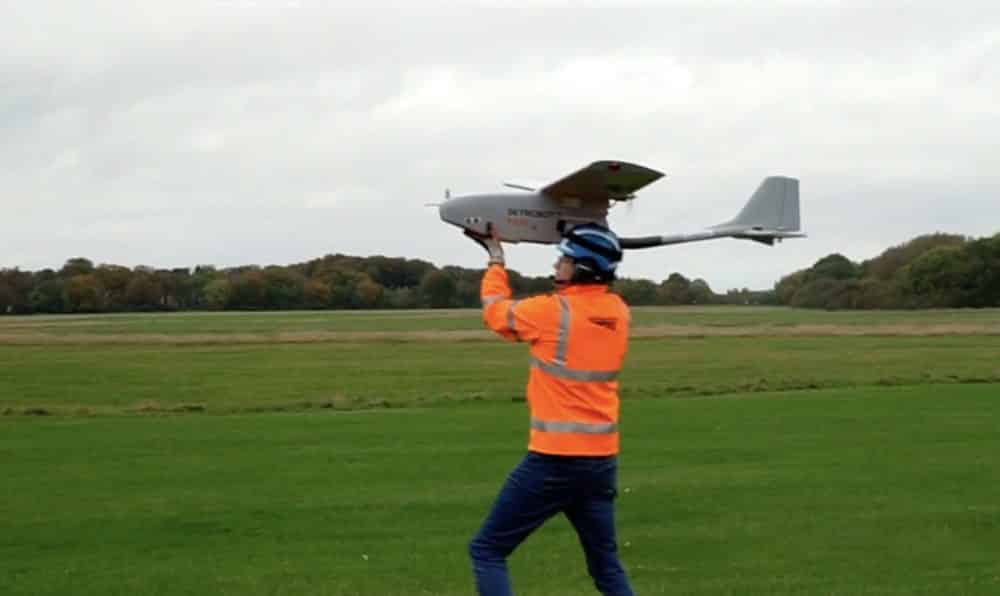 Still a long way to go

Despite the success of the test, Rikke Carmichael, Network Rail’s director of air operations, stressed that considerable work needed to be done before drones can be used on a big scale.

“While flying out of sight of the pilot will eventually give us many more options, it’s worth emphasizing that this was a proof-of-concept flight and a shift to using BVLOS as business as usual will take some time.”

“Nevertheless, yesterday was an important milestone and I would like to thank my team for all their hard work on this project over the years,” continued Carmichael. “We will now turn our attention to agreeing a strategy for the use of drones, both VLOS and BVLOS, after which we look to work with the industry for the next exciting phase where BVLOS will become another routine service that the Air Ops team will provide the company with. offers.”

The SkyRobot FX10 is a fixed-wing drone that can fly for up to 2.5 hours. The drone is powered by electricity and has a maximum take-off weight of 6.5 kg. The greatest flying distance is 35 kilometers. The drone has a camera with 40x magnification and a thermal imaging camera for inspections. 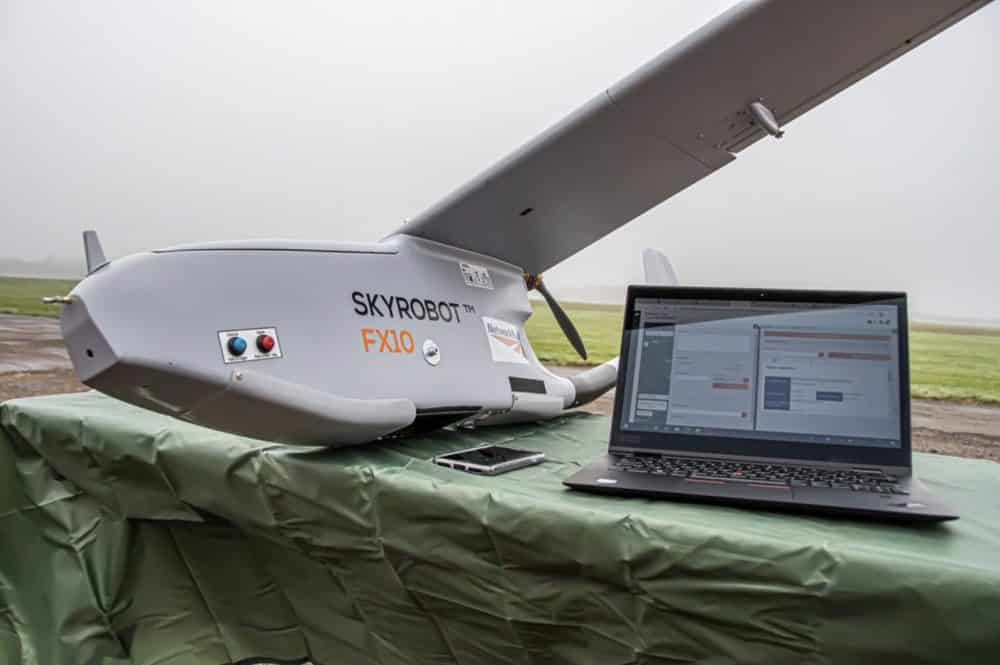