Port of Rotterdam Authority will use fixed-wing drones for surveillance

In order to increase safety in the Rotterdam port region, the Port of Rotterdam Authority intends to employ drones to monitor and conduct inspections in the future. Several test flights using a fixed-wing drone from the Dutch firm Avy were recently conducted in preparation for this. A makeshift drone command center even developed on the Yangtze Canal’s quayside.

The port of Rotterdam is one of the world’s major seaports. This presents a variety of issues in terms of safety and upkeep. The harbormaster, for example, is responsible for a wide range of marine and inland shipping inspections, including bunkering, water pollution, ship-to-board transshipment, zoning/hazardous chemicals, shore-to-board transshipment, air pollution (smoke/soot), and onboard repairs.

There are constant tests with modern technology, like drones, to make the port safer, smarter, and quicker. Last week, a piece of the Yangtze Canal wharf was turned into a drone port. Several drone flights were conducted at the ports of Amalia, Ariane, and Alexia throughout the demo week. The camera was also tested, and it will be used to watch port operations and examine port assets such as quay walls in the Port of Rotterdam during drone flights.

This pilot flew an Avy Aera fixed-wing drone. This drone can cover larger distances at a faster pace, allowing 2 to 3 planes to cover the whole harbor and the drone to arrive swiftly in the case of an issue. This makes the deployment appealing for a variety of Harbor Master’s Division duties, including incident response, smarter patrolling, inspection and monitoring of ship operations, port security, and traffic control. 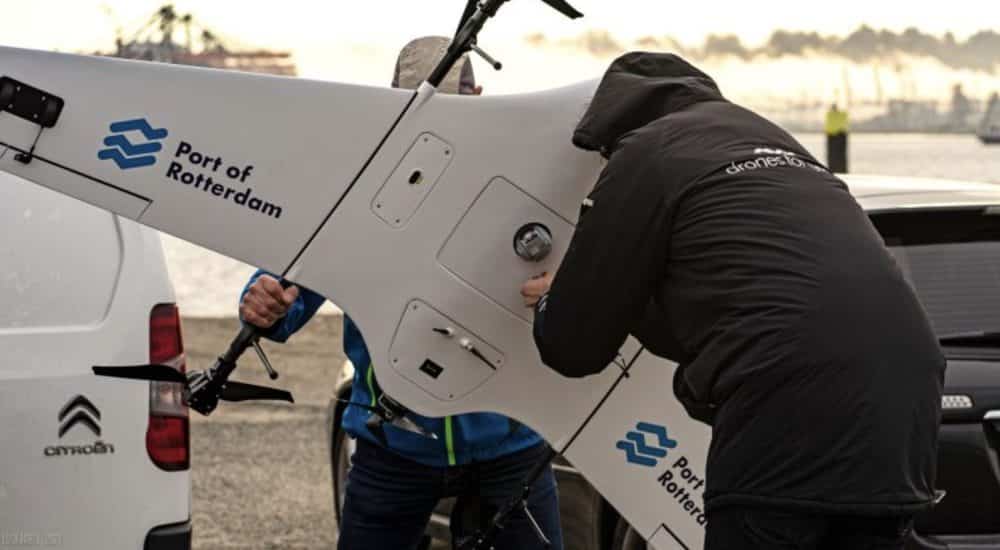 The various drone demonstrations drew a lot of attention, particularly from government services such as the food and commodities authority, rail and network managers, but also logistics service providers, agencies, and shipping firms. The second long-term drone operation will begin in early 2022, with weekly flights taking place over a five-month period. External parties may then submit test requests for drone deployment.

A new Avy fixed-wing drone, in conjunction with the Avy Docking Station, will be deployed during the testing period in 2022. This device provides even more autonomy and can survive severe weather conditions. The drone station will subsequently be installed at the Rotterdam Pilotage Service in Pistoolhaven, increasing the flying area even more. The use of the same airspace by pilotage helicopters and drones is new in this operation, and it must be organized openly and securely in the future.

The drones will ultimately be able to be directed from the Port Coordination Center. Other novel advancements, such as the delivery of components and cargo samples so that they may be delivered to ships in the future, will be investigated and tested in the future. 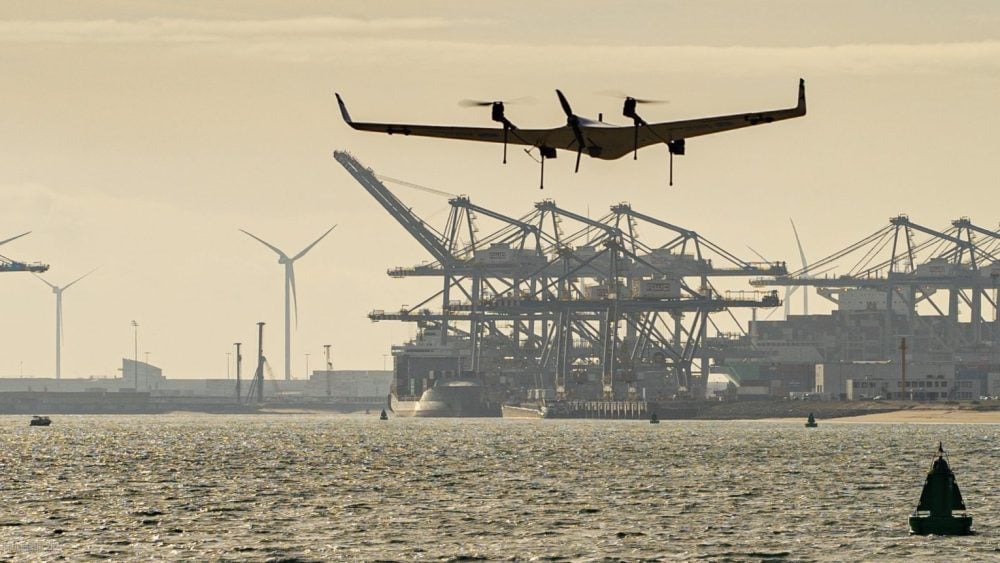 Control of the airspace

The Port of Rotterdam Authority is not the only seaport interested in using drones. Regular inspection flights over the Antwerp port region, for example, are already carried out by autonomously flying drones. The Belgian government has even nominated Antwerp as the manager of regional airspace.

It is not yet that far in Rotterdam: there is no decentralization of zoning in the Netherlands. According to a white paper, this may change with the advent of U-space, and the Port of Rotterdam sees a role for itself in this.