The thermal drone was able to locate the missing woman within seconds after taking off on a dark and rainy night. On November 4th, the drone came to the woman’s rescue near Leicestershire, in the United Kingdom

“A traditional search could have taken hours, but our drone was able to find her within seconds of taking off with its thermal imaging camera,” said Nottinghamshire Police. “The technology allows us to search very large areas in very short space of time and can be deployed very quickly when needed.

“This was a great bit of work by all the officers involved and further proof of the potentially life-saving impact of drone technology.”

According to the police, the woman had been reported missing and was believed to be around the Belvoir Castle region on the Leicestershire border.

“Concerns were raised for her welfare, and officers from Nottinghamshire Police’s drones team were called in to help with the search,” police said.

“The force’s main drone took off shortly before 11:40 p.m. and within seconds its high-tech thermal imaging camera had identified the woman at the edge of a field. Officers on the ground were immediately dispatched to help her. She was later treated by paramedics but was not seriously hurt.” 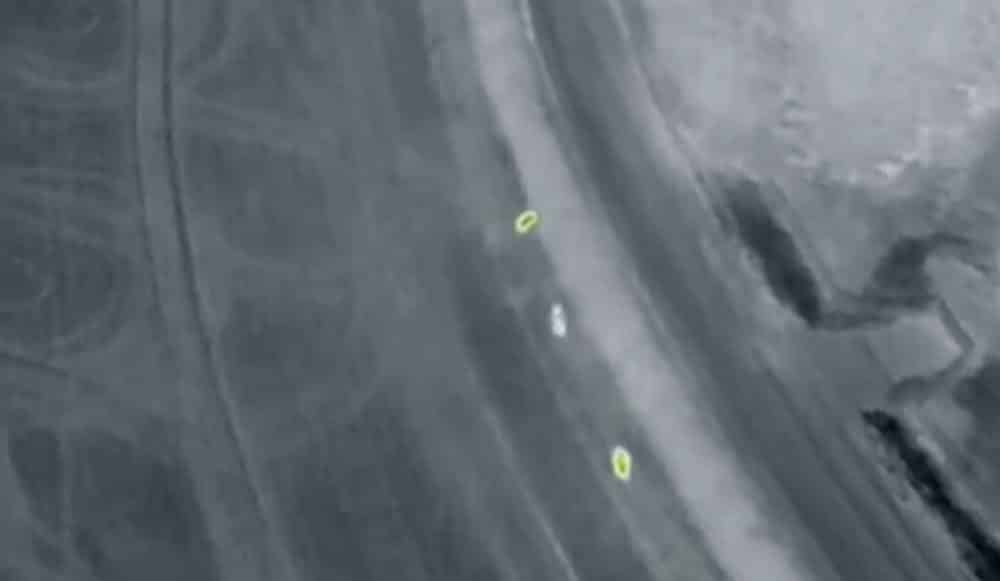 In the video below, the drone can be seen taking off and within seconds the missing woman is spotted along the edge of a field on a dark, wet night. Within seconds, two police officers can be seen rushing to the woman’s aid.

“The technology allows us to search very large areas in very short space of time and can be deployed very quickly when needed,” he said. “This was a great bit of work by all the officers involved and further proof of the potentially life-saving impact of drone technology.”

The drone team of the Nottinghamshire Police consists of 17 volunteer pilots and four drones and is shared with Nottinghamshire Fire and Rescue Service. The team is available 24 hours a day, seven days a week to carry out pre-planned and emergency response activities.

Typically the drone team gets involved in searches for missing people, collecting evidence, and to assist in the apprehension of criminal offenders.

Here you can read more stories about drones being used for good.