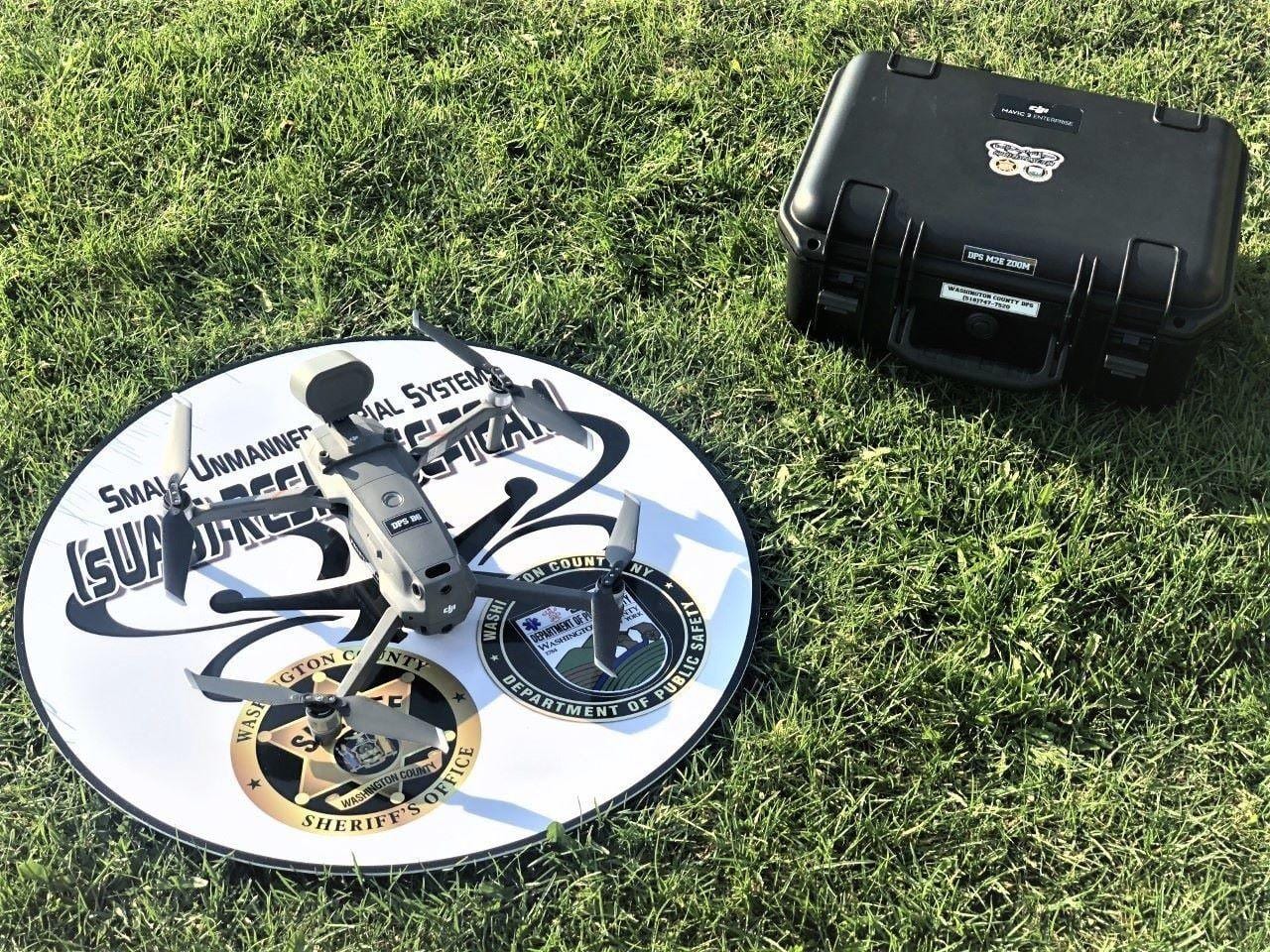 Last Sunday, Tim Hardy, deputy director of public safety, said that the County had applied for and was selected as a recipient of DJI’s US Disaster Relief Program. The County received two new DJI Mavic 2 Enterprise drones.

The two new unmanned aircraft are in addition to the five-drone fleet that the County started with two years ago.

The DJI Mavic 2 Enterprise drones are unmanned aircraft that one can outfit with a loudspeaker, a spotlight, or a beacon. According to The Post Star, Hardy says that:

“It’s really amazing to be able to see it from 200 feet. It will light it up like a football field.”

Even though these drones can be outfitted with a loudspeaker, the County has not yet used them to enforce social distancing.

“You can blast out a message from the pilot that says, ‘Hey, please make sure you stay 6 feet apart,'” Hardy said. “We have not had to use it for that. The one benefit of being upstate is we have a lot of people that are socially distant normally.”

According to Hardy, the County has used drones for planning purposes. Specifically looking for places to stage shelters, set up tents for PPE (personal protective equipment), shipments, to determine where a field hospital could be placed, or if necessary, place mortuary surfaces.

“We are not opposed to checking parks if we had reports that people were in parks or holding large gatherings … but we haven’t had to do it yet,” he said.

Hardy, who is a part 107 certified drone pilot, was at a structure fire in Fort Edwards on Monday morning. After the fire was extinguished, he used one of the County’s small indoor drones to shoot a video inside the structure.

“We flew inside the building, so we could get a good idea what was in there without having to send the firemen in after they had the fire out,” Hardy said. “We were able to take live video of what each room looks like before anyone went in and touched anything after the fire was out.”

During a recent fire in Grandville, Washington County also used a drone. The County also owns two unmanned aircraft that they use for mapping purposes.

“This is definitely a piece of technology that we’ve been able to rely on a bunch of different ways in the last couple of years,” Hardy said, “so the donation from these guys certainly will help us continue to grow our program without having to buy more units and spend local dollars.”

What do you think about the police using drones for good? Let us know your thoughts in the comments below.

END_OF_DOCUMENT_TOKEN_TO_BE_REPLACED

New York City tax collectors are looking to drones to help them increase revenues by using unmanned aircraft to conduct property assessments. Setting up their own pilot certification program is also on the agenda. However, experts point out that a decades-old law prevents drones from being used in the city, even by NYC tax collectors.