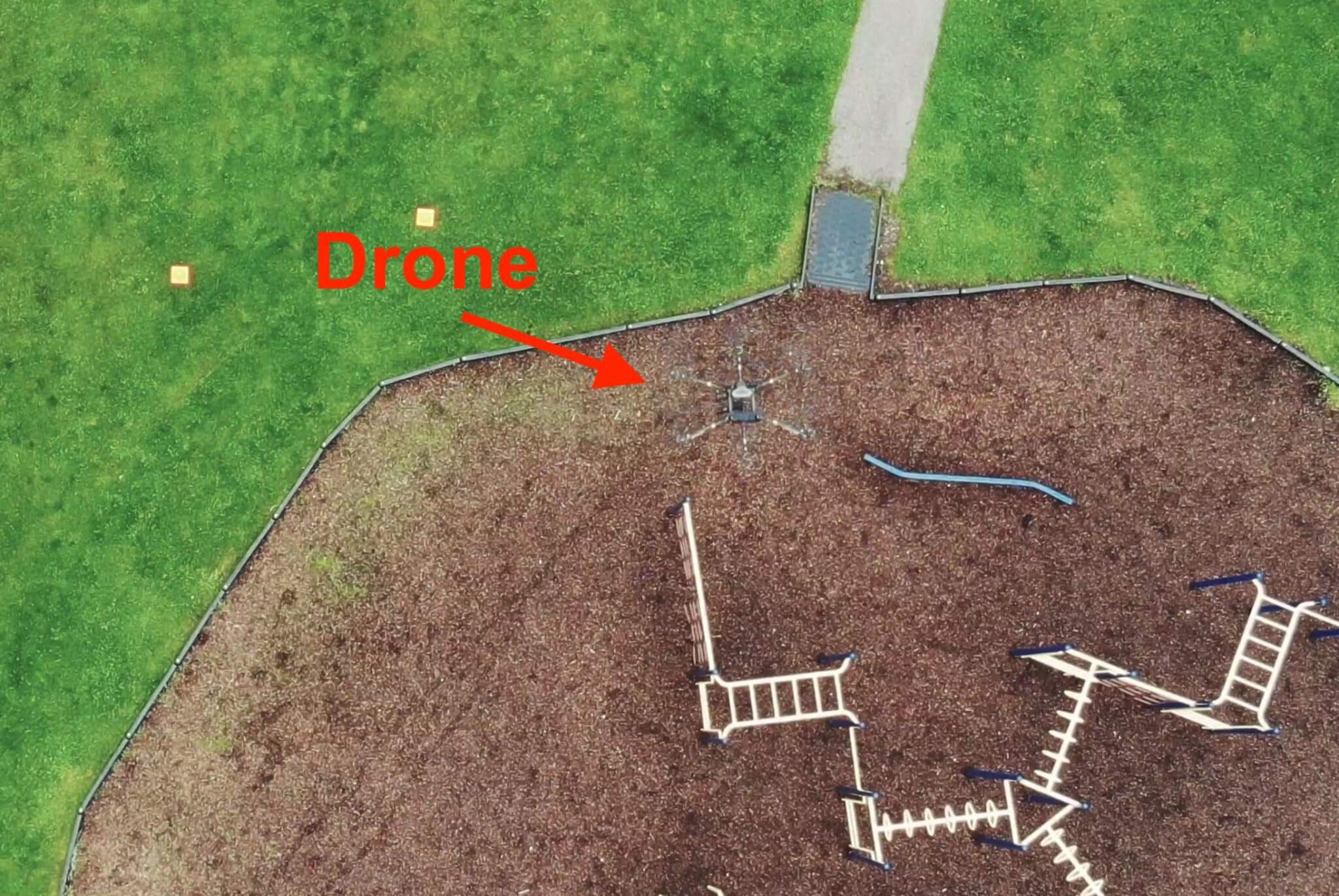 Aerial Influence just posted this video on YouTube that shows how the company is using the DJI Agras MG-1S and the DJI Agras T16 drones to disinfect the Chicagoland Park and kill the Coronavirus. This was merely a test and no actual disinfectant was used. Instead, they used water.

Here’s what David Plummer from Aerial Influence had to say:

Hey everybody. David Plummer here from Ariel Influence. We’ve got an interesting one for you today. Obviously, Coronavirus is on the top of everyone’s mind right now. We hope you’re being safe. We hope your loved ones are not affected. Around the world, we are trying to find ways to fight this thing. To kill it off. So it doesn’t come back and doesn’t continue to kill people. I think the newest estimates in the US, it’s gonna kill 3,000 people a day by June, is what they’re saying, and it could be more.

Now a lot of places around the world, they’re already using drones to spray for COVID-19, they’re spraying disinfectant. Many kinds of disinfectants. Now in the United States, we’re not quite there. Yet. We’re getting closer We’re getting very close, as a matter of fact, we were just contacted by a company called Iron Heart Drones in the Chicago land area. They wanted to know if we’d be willing to come out to Dalton, Illinois, to the parks district there and do a demonstration with the DJI Agras MG1S and the T16, so we did.

We went out there today. We believe this is the first time this has been done in Illinois for sure. I know that someone had done it in North Dakota. This is probably a month ago. To our knowledge is the first time in Illinois that there’s been a demonstration where a drone has literally spraying a playground, so Michael, my business partner, set up the drones and literally just went on a path, sprayed back and forth. It took three minutes to spray the entire area. Now we were just using water this time. The issue is there’s not really a disinfectant that is made for aerial application at this point. So that’s what we’re running up against. We think that’s gonna get changed soon. So right now, we’re just spraying water to show them what it would be like. But the idea would be to load up the drone with a disinfectant that would evaporate quickly, not leave a residue but would kill all of the virus.

So once we all get back to school. Once we all get back to work, imagine your kids every morning going on the playground, and just half-hour before that, that entire playground was disinfected with a drone. It’ll take five minutes. It’s quick. It’s easy and potentially could save a lot of lives. So, the folks at Iron Hart Drones were gracious enough to invite a group from Dalton and the Chicago land area to see the demonstration to ask questions. Obviously, we know a lot of people are gonna have issues with this. These are giant drones flying in the air, spraying things. Now, you can liken it to the trucks that spray for mosquitoes, that drive down your street and just spray mosquito spray out of it. And, In this case, it would be a disinfectant and not a pesticide, but it’s coming from a drone. Imagine, like the city of Chicago at some point. They’ve got what 300 or something parks. Imagine if drones were out disinfecting those areas on a daily basis.

I should also note that we did not spray with the T16. We just flew it as a demonstration, but we didn’t spray with it because putting the spray tank on is gonna take it over the 55-pound limit, and we are still working on our exemption for the over 55-pound.

Look, a lot of people have talked about different ways to help stop Coronavirus. There have been a lot of things out there about drones. You Know, taking people’s temperature is and being able to identify sick people. That’s not what we’re talking about here. We’re not trying to look into anybody’s life. We’re not trying to breach anyone’s privacy. This is literally about saving lives.

So, what do you think? Are you completely against this? I know some of you are. Let us know what you think if you are against drone spraying, we get it, but we just want to know what your thoughts are.

This was a test today. One of the first tests in the country on using a drone for these kinds of purposes, but we want to know what you think. Special thanks to Iron Heart drones for having us out today, we look forward to working with you guys in the future.

I thank you guys for watching this video, and we hope you’ll watch some more. We’ll see you next time.

What do you think about using drones to disinfect public spaces? Good idea or not really? Let us know in the comments below.

Press organizations and photographers are challenging a Texas’ drone law, the “Use of Unmanned Aircraft,” claiming that it violates the First Amendment. Last Monday the suit survived a motion, that was filed by state officials to dismiss it.

END_OF_DOCUMENT_TOKEN_TO_BE_REPLACED

Will there be a new BetaFPV drone with Insta360 camera coming in December? This teaser video that was shown on Facebook would make you think so.

END_OF_DOCUMENT_TOKEN_TO_BE_REPLACED

The European aviation safety organization EASA is organizing two webinars on 9 and 10 December on European drone regulations, which will take effect on 31 December. This is an interesting fact, as EASA is the driving force behind the new regulation. The information comes directly from the source. The first webinar is aimed at recreational drone pilots, the second is aimed at professionals.