The drone arrest of a stabbing suspect was a first in the history of the Santa Maria Police Department. The unmanned aircraft was used to find the suspect hiding in a riverbed last weekend.

According to the Santa Maria Times, Lt. Terry Flaa, who oversees the department’s drone program, said that the use of the unmanned aircraft resulted in the arrest of the stabbing suspect. He added that the Santa Maria Police Department is one of the only law enforcement agencies on the Central Coast that utilizes drones to provide aid in certain operations and to keep officers safe.

“It’s safer to search from the sky than on the ground,” Flaa said.

In 2017, the Santa Maria Police Council raised almost $20,000 during its annual golf tournament which was used to purchase four drones for the Santa Maria Police Department. Currently, the department has two Part 107 certified drone pilots available and has developed a drone policy that preserves the civil and privacy rights of Santa Marians. 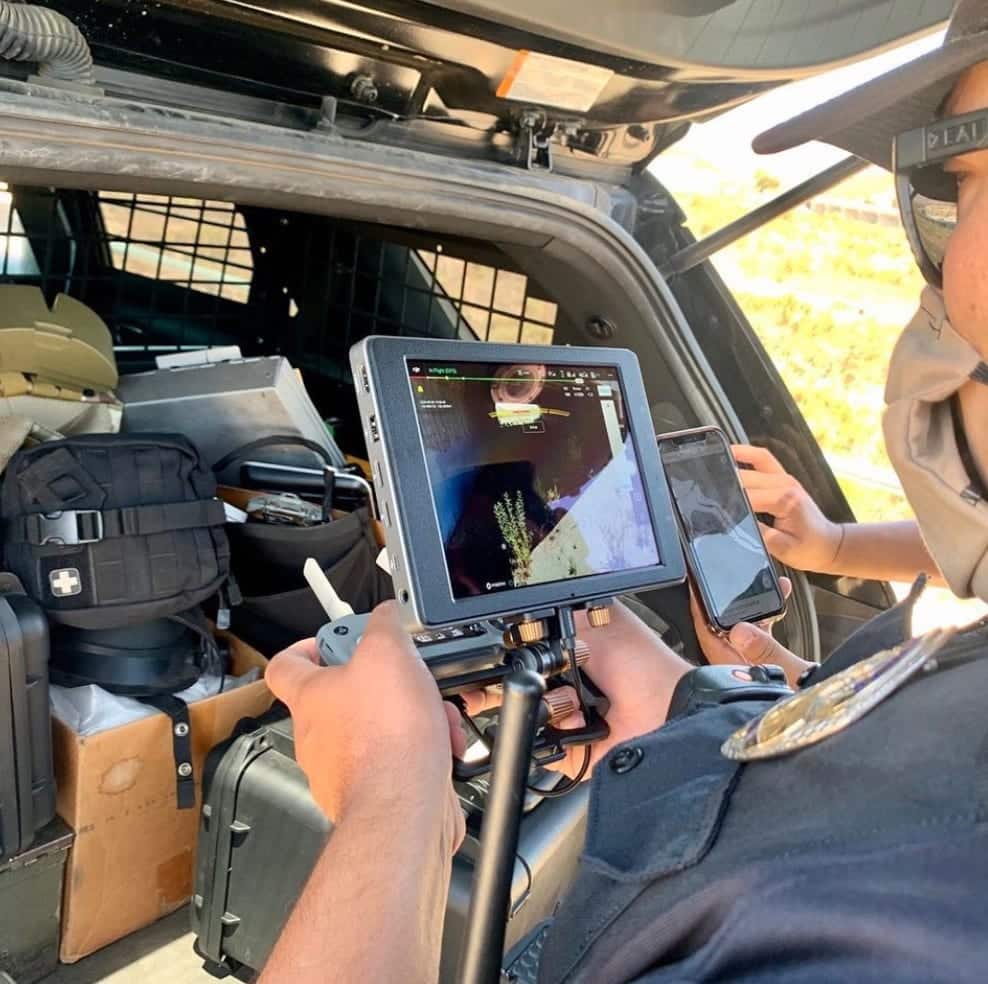 Last Friday, the department’s drone team used the unmanned aircraft to start searching for the 35-year-old Adam Martinez, who allegedly stabbed his girlfriend and fled into the Santa Maria riverbed, according to police officials.

the drone search was. unsuccessful on Friday, but was continued the next day with more success. After 15 minutes of searching with the drone, the police located the suspect hiding under a bridge. Martinez was arrested and booked into the Santa Barbara County Jail on suspicion of attempted murder, false imprisonment, physical injury to a spouse, or co-inhabitant, and parole violations.

“Knowing the challenges of sending officers down in there directly, especially with the vehicles we have, it was a good opportunity to deploy the unmanned aerial system team,” Flaa explained.

The police department uses DJI Mavic 2 Enterprise drones that can be outfitted with loudspeakers, spotlight or a strobe light. The department has access to both the normal and thermal version of the DJI drone.

The Santa Maria Police Department drone team received an FAA emergency waiver last Friday that allowed them to fly their drone at night and over populated areas during the search operation. 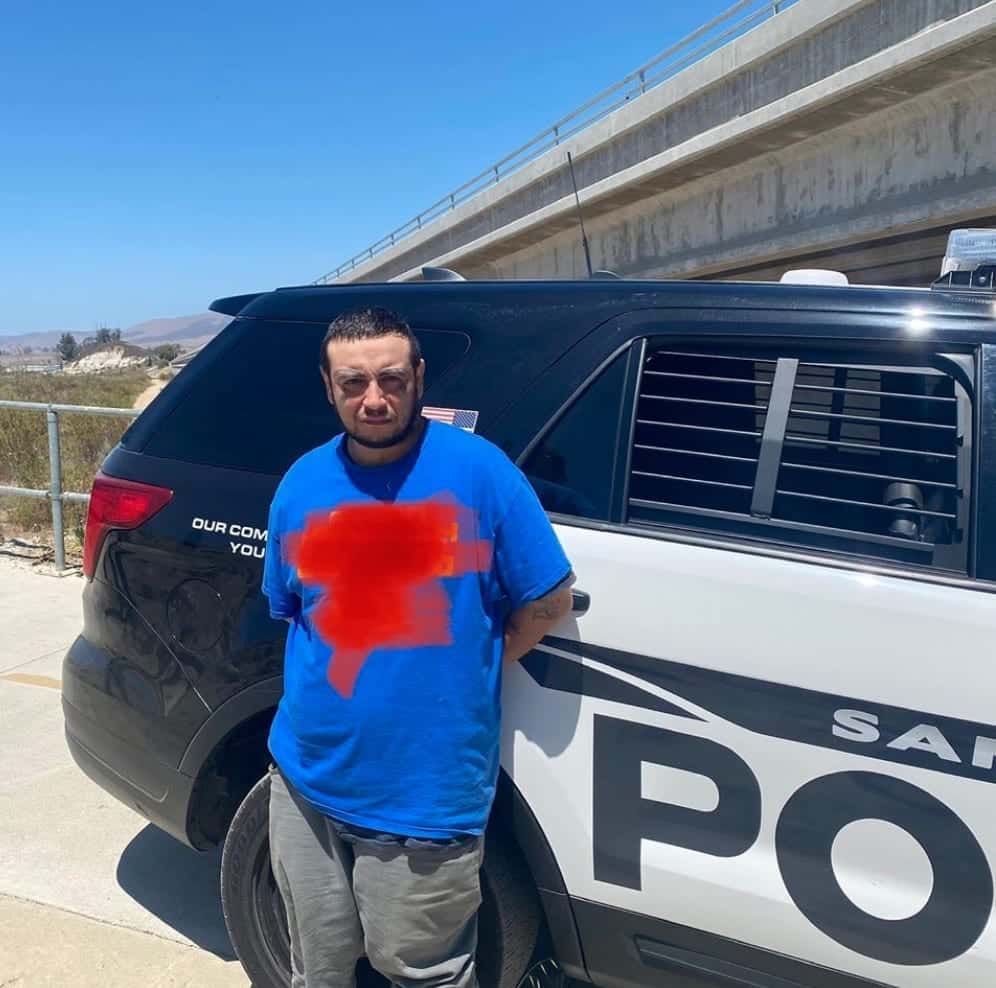 The writing on the suspect’s shirt has been obscured by the Santa Maria Police Department.

Apart from catching suspects, the drone team uses the unmanned aircraft to help in search and rescue operations, locating missing people and as a de-escalation tactic.

“With crimes like this, oftentimes suspects will direct aggression or violence towards officers,” Flaa said. “But because of the other set of eyes in the sky, the suspect reconsidered his plans and options, so it was a win-win for everyone.” 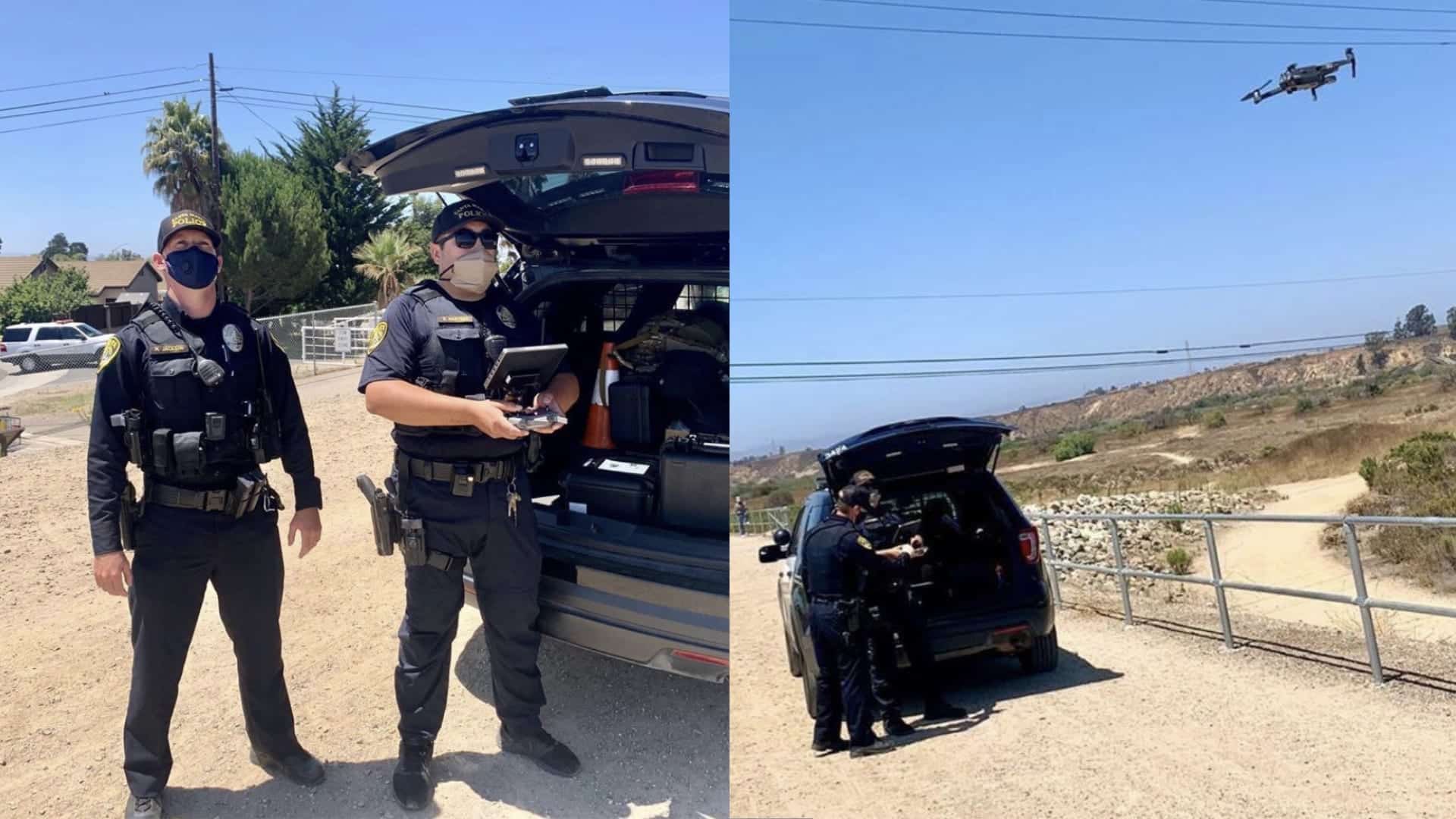 What do you think about this first-ever drone arrest? Let us know in the comments below. Also, you can read more stories about drones being used for good here.