The U.S. Air Force bought 57 DJI drones in September of this year for training and other purposes. Some lawmakers and other experts warn of the data security risks involved, as the Department of Defense continues to use Chinese-made drones.

This morning the WSJ reports that the U.S. Air Force bought 57 DJI drones in September of this year for training and other purposes, according to records of the purchase and officials with knowledge of the purchase.

Lawmakers and experts warn of potential data security risks and threats to national security as the Department of Defense continues to purchase and use Chinese-made drones.

The Air Force Special Operations Command, the service’s highly trained commando division, according to the WSJ, bought 57 DJI drones to train airmen on how these unmanned aircraft could be used against the U.S. and its allies, officials said. DJI drones are useful and cost-effective, according to Air Force officials.

However, not everyone in the U.S. government agrees, as Sen. Chris Murphy (D., Conn.) said:

“Why would we allow the U.S. government to purchase drones from China? Doing so allows Beijing to gather sensitive data from us and rewards an adversary at the expense of our own American manufacturers.”

Murphy expresses a concern that is shared by other critics as well, that Chinese-made DJI drones could be used for espionage and send sensitive data back to China.

Last year, legislation in a defense-police bill banned federal agencies from buying Chinese-made drones. The bill did not prohibit the Pentagon from buying DJI drones for training and intelligence purposes, however.

The U.S. Air Force uses drones globally for surveillance and combat purposes. Some of the unmanned aircraft and large and expensive such as the Reaper, where others are small, relatively cheap, and foldable, such as the DJI Mavic 2. Off-the-shelf DJI drones and others have been used by the Special Operations Command for years, according to a military official. 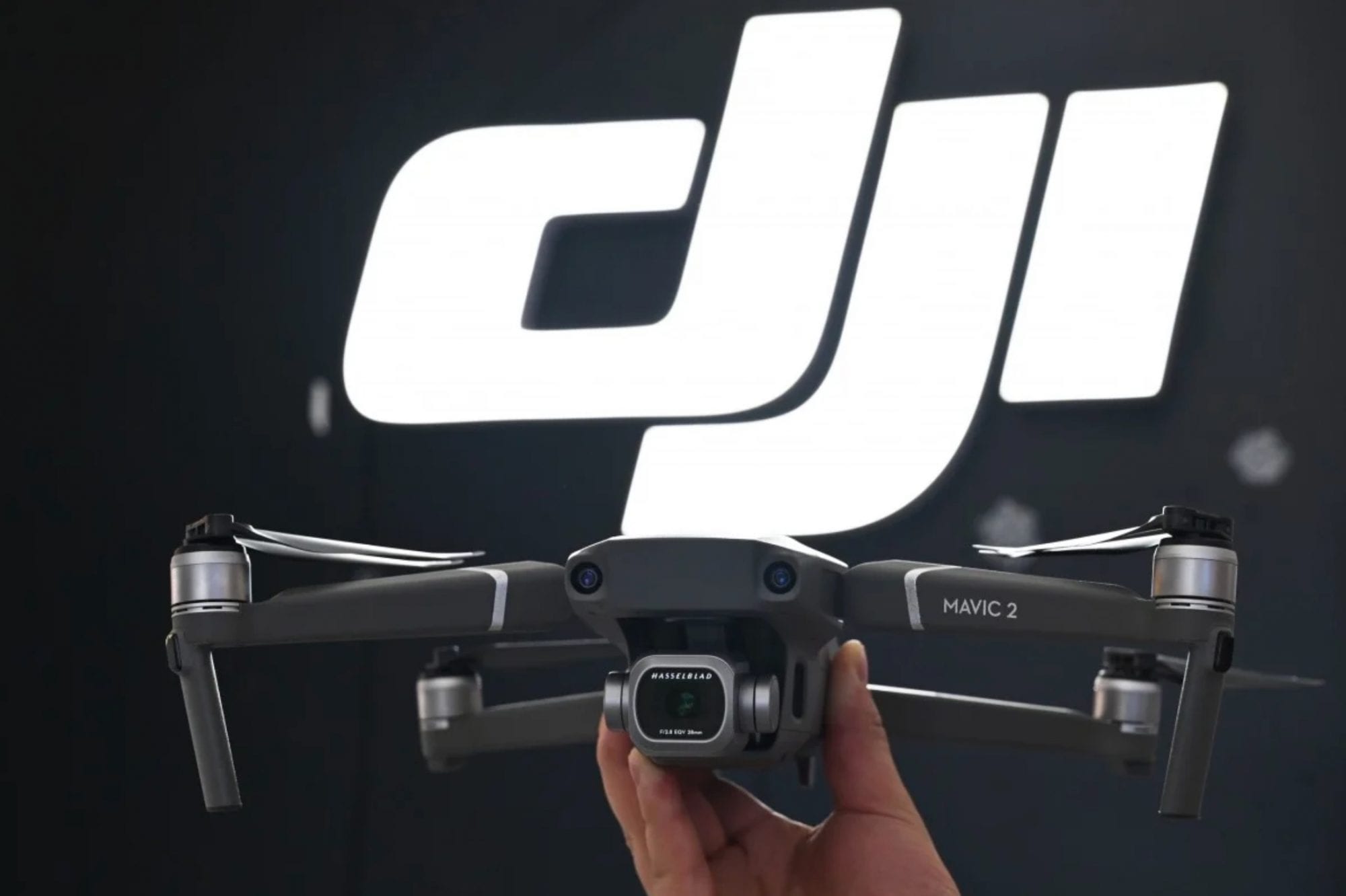 In June, an internal Special Operations Command memo approved the purchase and use of the DJI drones but did not explain the type of mission that would be conducted with the Chinese-made drone. The purchase of the 57 DJI drones seemed to be at odds with last year’s law, lawmakers said.

The military official added that DJI Mavic 2 drones have been used overseas in intelligence, surveillance, and reconnaissance operations, even though that was “the exception rather than the rule.”

One of the concerned lawmakers is Sen. Rick Scott (R., Fla.), who together with Murphy sponsored the drone legislation in last year’s spending bill. Senator Scott said:

“It’s very concerning that the Air Force would choose to make this purchase, which seems to be in conflict with the spirit of these provisions.”

The military employs cybersecurity software and strict guidelines when using Chinese-made DJI drones, according to Navy Commander Tim Hawkins, who is a spokesperson for the Special Operations Command. He added:

“We ensure the commercial, off-the-shelf unmanned aerial systems our special operations forces use do not compromise national security.”

For certain operations, the Air Force can cover the drone’s camera to prevent any sensitive date from being capture. Furthermore, the Air Force doesn’t use the DJI drones where sensitive imagery might be captured. The military official added that the drones may not be connected to any military computer network or flown near ‘sensitive sites.’

“Our drone technology is safe and secure for customers who have sensitive data. DJI drones include validated data protections to make sure your data stays only with you.”

Lisberg emphasized that there are no known cases of a DJI drone sending sensitive information to China. In October, DJI sent a memo to lawmakers that informed that that “national security is being used as a pretext for economic protectionism.” The document argued that the ban is used to “give the American industry a leg up.”

The U.S. government has been concerned about Chinese-made drones for some time now. The U.S. Department of Homeland Security made a draft bulletin in 2017 that warned that DJI drones may be collecting U.S. government data. Many government departments were using DJI drones at the time. Especially the Department of the Interior that had a fleet of 810 mostly 3DR and DJI drones. These unmanned aircraft were mostly used to fight fires, survey land and wildlife, and assist during search-and-rescue missions.

DJI worked together to make a special ‘Government Edition‘ of some of its drones that would meet the requirements from the department to safeguard any information that would be collected with the drones. However, the Interior Department and other agencies grounded their drone fleets last year.

Expect for the use of training, the Pentagon effectively prohibited the purchase of Chinese-made drones and its Defense Innovation Unit worked with other drone manufacturers to create alternative solutions, the so-called Blue sUAS (small unmanned aircraft systems).

The Air Force, however, went ahead and bought 57 DJI drones, stating that the DJI Mavic 2 is more cost-effective than any other viable drone that is currently available.

Drones labeled “Blue sUAS” approved by the US Department of Defense are 8 to 14 times more expensive to purchase than the Chinese DJI drones they replace. In addition, users complain about the less broad usability of...

Today we received this photo, showing the DJI Mini SE at a retail location in North America. The image came from one of our long-time sources, Mr. D. Thank you!