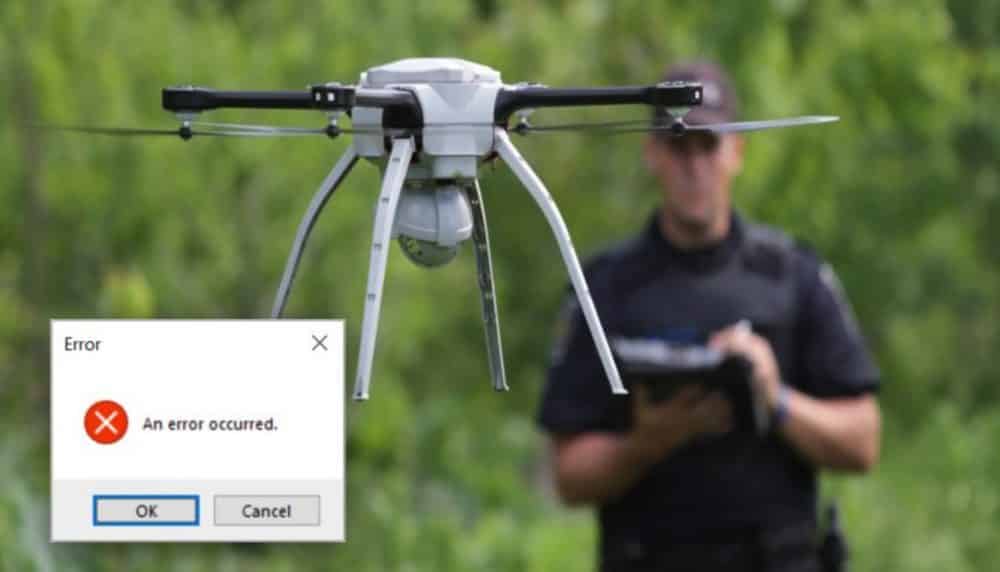 A press of the wrong button resulted in the crash of an $85,000 police drone in the United Kingdom. The ground station of the Aeryon SkyRanger R60 displayed an error message prior to the crash. The drone pilot wanted to dismiss the message but accidentally switched off the engines.

The incident took place during a search for a missing person in Maidenbower, near Crawley in West Sussex. In the early hours of June 17, 2020, a member of the drone team launched a high-tech thermal imaging drone to provide aerial support during the nighttime search.

However, a warning message suddenly started flashing on the screen of the controller of the drone. The drone pilot wanted to get rid of the notification by pressing it repeatedly, unaware that this would disable the drone’s four electric motors. As a result of this action, the aircraft fell from a height of about 25 meters into a pond. The drone was irreparably damaged as a result.

The costly crash was investigated by the Air Accidents Investigation Branch. The recently published research report shows, among other things, that the drone pilot concerned had only gained six hours of flying experience, of which just over four hours with the relevant system.

The drone in question was an Aeryon SkyRanger R60. The unmanned aerial vehicle was one of four all-weather drones jointly purchased in 2016 by Sussex and Surrey Police with a £ 250,000 grant from the Department of the Interior.

A Sussex Police spokesman said: “The Surrey and Sussex Police Department is committed to the safe conduct of all our drone operations. The pilot concerned was removed from active duty after the incident. Refresher training and reassessment have been requested for him. ”

It is not the first time that a very expensive Aeryon SkyRanger R60 has been involved in an incident as a result of human error. In Canada, a drone of the same type collided with a police helicopter in February 2020. This was due to a communication error during the adjustment of the flight height, whereby feet and meters were confused.