Drones labeled “Blue sUAS” approved by the US Department of Defense are 8 to 14 times more expensive to purchase than the Chinese DJI drones they replace. In addition, users complain about the less broad usability of the Blue sUAS alternatives. This is evident from an internal government memo that has come into the hands of the Financial Times.

According to the memo, the Pentagon spent $13 million developing alternatives to DJI’s drones, among others. The idea was to become less dependent on Chinese technology. American or European camera drones were to be put in their place. To this end, the Blue sUAS program was established at the end of 2020. Only a handful of suppliers, including Parrot and Skydio, were allowed to participate in this program and supply drones to US government organizations after a strict selection procedure.

Not only users within the Department of Defense were obliged to only use drones with a Blue sUAS label. Other agencies, including the Department of the Interior, were also banned from using Chinese drones by the Trump administration. The measure also affected fire brigades and inspection services, which until then mostly worked with drones from market leader DJI. In addition to drones from China, then-President Trump also banned many other Chinese-made equipments.

The problem, however, is that the alternative systems are much more expensive and less performing, according to a memo prepared in January this year for the new Biden administration.

“Using only Blue sUAS systems has reduced the sensor capacity of the Department of the Interior by 95%. The drones have been specifically developed for military purposes and are only suitable for other applications in 20% of the cases.”

Another issue is that US and European drones contain many Chinese components. According to a report from the Department of Defense, four out of five Blue sUAS models still contain many parts made in China, including processors and sensors. The question is therefore whether the drones with the Blue sUAS predicate are any safer in the field of cyber espionage.

Work comes to a standstill

Government officials warn in the memo that much work has come to a standstill because fewer drones can be purchased by the Department of the Interior. “The current situation makes it almost impossible to carry out our statutory management tasks, including mapping and protecting large natural areas,” the memo warns.

“Using only Blue sUAS systems has reduced the sensor capacity of the Department of the Interior by 95%. The drones have been specifically developed for military purposes and are only suitable for other applications in 20% of the cases.” Click To Tweet 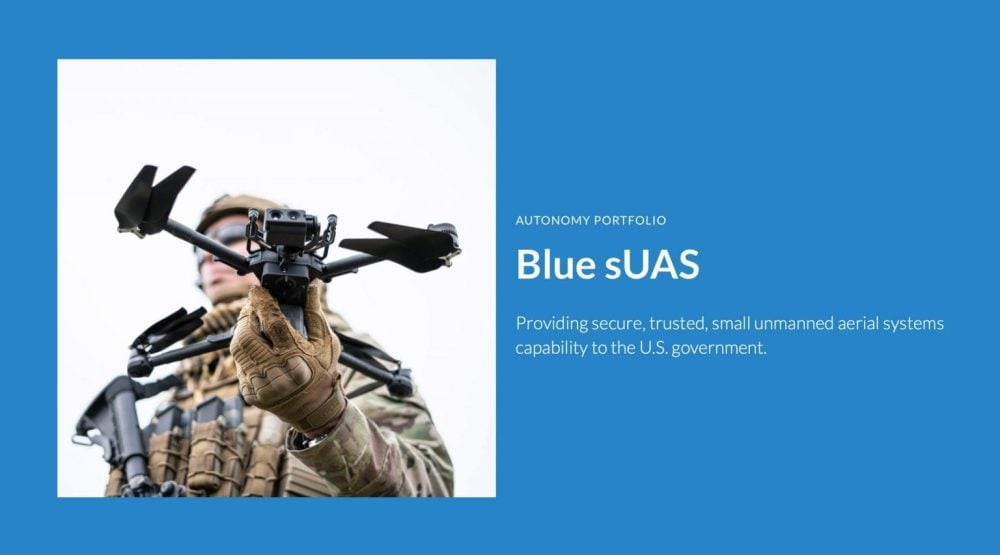