Schulman’s departure from DJI and the drone industry will come as a shock to many and leaves a big vacuum to be filled. During his six-year tenure at the world’s largest drone maker, Schulman has become a very strong and well-known proponent of fair drone policies in the United States and abroad. He worked on many Federal Aviation Administration (FAA) advisory committees dealing with issues such as Remote ID for Drones. Within DJI, Schulman advocated for implementing and improving safe drone flying features such as geo-fencing and DJI Airsense (or ADS-B In) technology.

As the trade war between the United States and China heated up in recent years, Chinese-made drones became a political focal point and were often blamed for ‘stealing’ sensitive information to be sent back to mainland China. Schulman pushed back on this and on the federal ban on drones containing Chinese-made parts and advocated instead on using universal data security standards for drones.

During his time at DJI, Schulman played a much bigger role in the drone industry than his job description required. As a hobbyist RC and drone pilot himself, he has worked hard to help shape drone policies and regulations in the United States and abroad. His departure from DJI is not only a loss to the drone maker but also to the drone community at large. He will be sorely missed.

Schulman’s email announcing his departure is shown below.

Today is my last day working at DJI. I have been honored to hold this role for six years, advocating for innovation and the progressive regulation of a technology that I love. Together, we have created the policy frameworks and product safety features that have enabled countless beneficial operations, including the growing list of over 730 people rescued thanks to a drone. I will always be grateful for your collaboration and support in this very important endeavor.

I would be remiss if I did not mention the disappointment I feel at how politicized the industry has become in the past few years. This has played a significant role in my decision to leave, and is something that remains a growing challenge for the industry and a genuine threat to innovation. I hope that those of you remaining in the industry find a way to solve these challenges with fact-driven, risk-based policies and standards. Organizations and individuals who have something to lose in this geopolitical game, in which the drone industry is being treated as a pawn, need to speak up and be heard.

But the main reason I am leaving DJI at this time is a sense of having reached the end of a mission. The completion this year of the frameworks for Remote ID, flight over people, night operations, and new recreational rules including reasonable knowledge testing, all mark the culmination of policy work that was started nearly a decade ago when there were no rules in the U.S. or elsewhere for drone use. Much work remains to be done, but the next steps will likely take the better part of another decade to complete, and so this seems as good a time as any to devote some energy to other beneficial technologies that are beginning to be integrated into society.

In that regard, I have found an exciting opportunity in an adjacent technology with the same sense of wonder and opportunity that I experienced years ago with drones. On Monday, I will be joining Boston Dynamics as Vice President of Policy & Government Relations. The agile, mobile robots stemming from its 30 years of research and development are starting to interact with, and bring benefits to, society — prompting familiar misunderstandings, concerns, and fears. When we next connect, let’s discuss which robots are creepier, those that fly like birds or those that walk like dogs. In the meantime, there is much to do to educate and advocate for fair and reasonable policies that promote innovation while mitigating actual risks.

Although I am leaving the drone industry, my enthusiasm for drones and the benefits they are bringing to society remains as strong as ever. For those of you whose work on drones continues: if my personal perspective can ever be of assistance to you, please don’t hesitate to reach out. For those of you who follow me on Twitter, I will maintain the @dronelaws account, and I’ve also started a new personal account, @robotpolicy, in case you also have an interest in my next journey.

I thank each of you for contributing in your own way to these amazing years together, and hope my next endeavors in tech policy will allow us the opportunity to collaborate again, sooner or later. 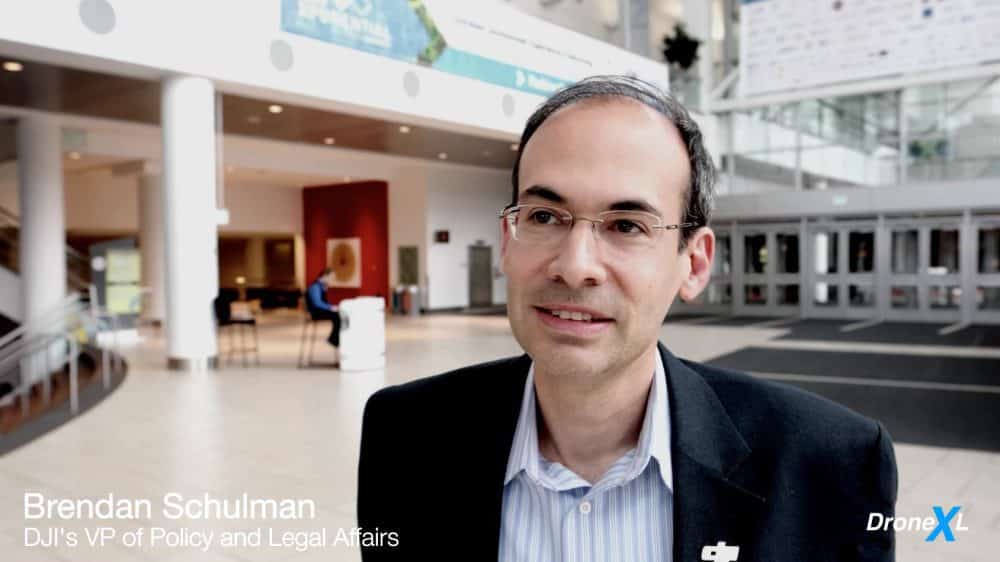 We reached out to DJI for an official response to Brendan Schulman’s departure and received the following statement:

Drone pilots around the world have benefited from Brendan Schulman’s tireless efforts over the past six years to ensure that laws and regulations have opened the skies to drones. He has led DJI’s efforts to show that drones are a safe and secure addition to the skies, and that the world is better off when people can fly drones for fun, for work, and for public safety. DJI’s global policy team will continue this important work into the future, and we wish Brendan well in his future endeavors.

We, at DroneXL.co, wish Schulman well in his new position at Boston Dynamics.