When you think about drones, you probably think of the well-known quadcopter or airplane-like machines. However, it is not certain that future drones will always be of the multirotor or fixed-wing kind. In reality, in terms of mechanics, considerably simpler solutions are possible.

This is also shown by the F-SAM, or Foldable Single Actuator Monocopter, built at the Singapore University of Technology and Design. The design of this drone was inspired by nature, namely the Acer palmatum (Japanese maple). The contraption spins on its axis like a maple seed and may therefore generate enough push to lift off and fly about.

The F-SAM is made up of only one airfoil and an electric motor. The motor rotates the wing on its top axis. This rotational action provides a downward airflow, causing the drone to lift. The wing may also be folded up, which is unique. As a consequence, the drone can be folded up and stored in a compact space. 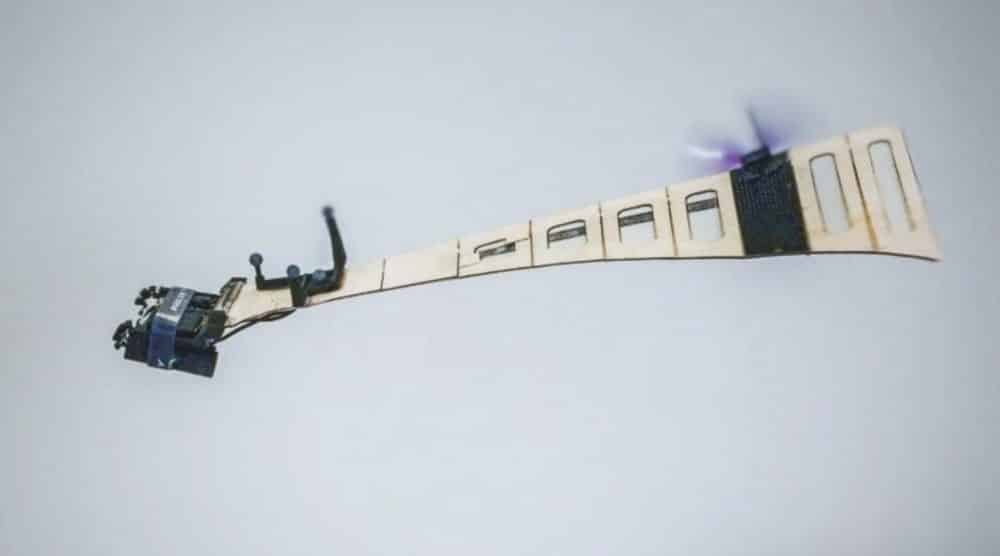 F-SAM design is simple and straightforward.

The design is distinguished by its simplicity. The drone climbs by increasing the speed of the engine. And when the RPM is reduced, the height of the drone decreases. If the motor breaks fully, the drone will not fall from the sky instantly, but rather drop on its own, spinning in a controlled way, similar to a maple seed. In engineering jargon, this is referred to as autorotation.

It’s even possible to guide the drone in a certain direction. This necessitates pulsing motor control. It must then provide an additional push in the intended flying direction at the appropriate periods. In terms of control, this provides the drone five degrees of freedom.

The current F-SAM prototype is built of lightweight balsa wood and plastic, with little carbon fiber legs to lift the airfoil off the ground during takeoff. It weighs 69 grams in total. The battery accounts about 40% of the total weight. Flight time is limited to no less than 16 minutes. 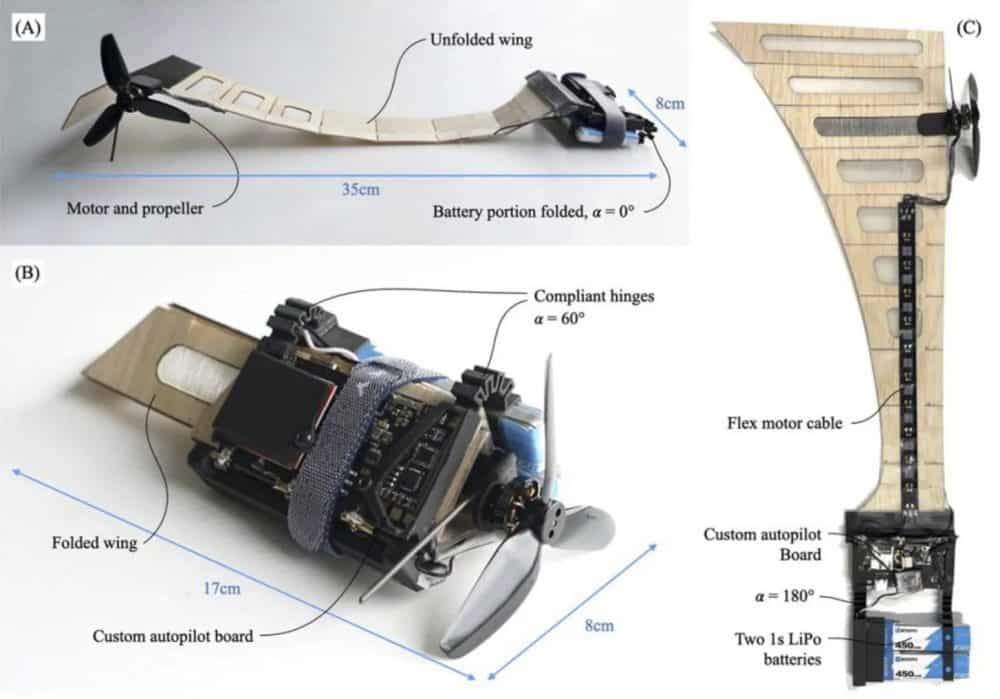 The F-SAM, according to the researchers, may be used both inside and outdoors. A built-in electronic compass offers relative orientation. When utilized outside, the drone will be able to detect its exact location and complete waypoint missions thanks to GPS in a future edition.

It is also feasible to install a camera, however photographs are fuzzy owing to the drone’s rapid spinning. A 360o camera, according to the experts, might provide a solution in this area. It is also possible to include a LiDAR. The laser scanner no longer needs to spin since the drone rotates.

The experts do not believe that an F-SAM drone is a viable alternative to quadcopters for taking images and movies. The drone is better suited for gathering measurement data. A swarm of F-SAM drones, for example, may be deployed from a considerable height, after which the gadgets, for example, could conduct climate research while spinning.

Because the drone flies rather softly, it is also possible that the F-SAM is well suited to military uses like as information collection on the battlefield. These are euphemistically referred to as single-use GPS-guided reconnaissance flights by the researchers. 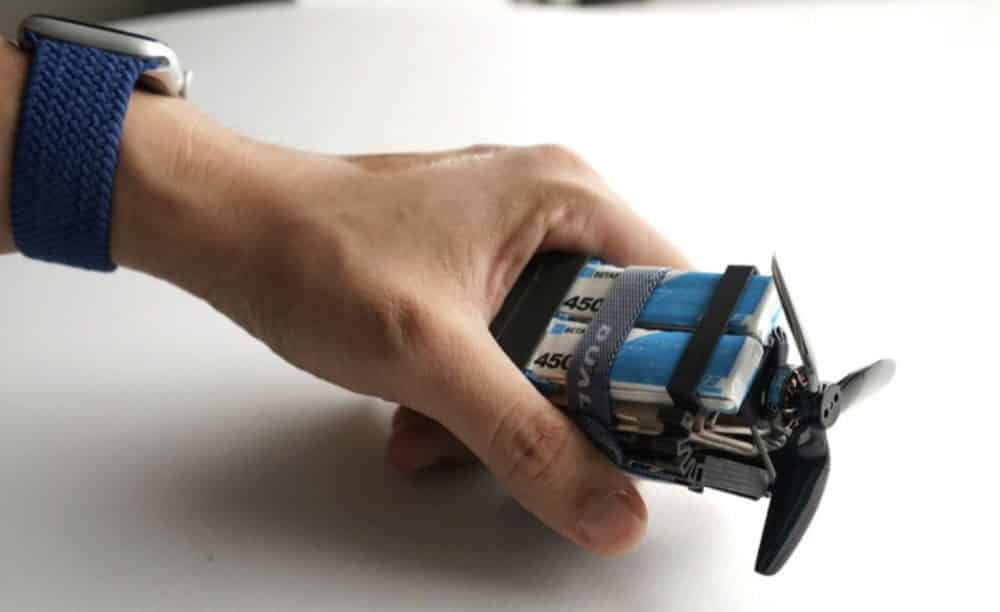 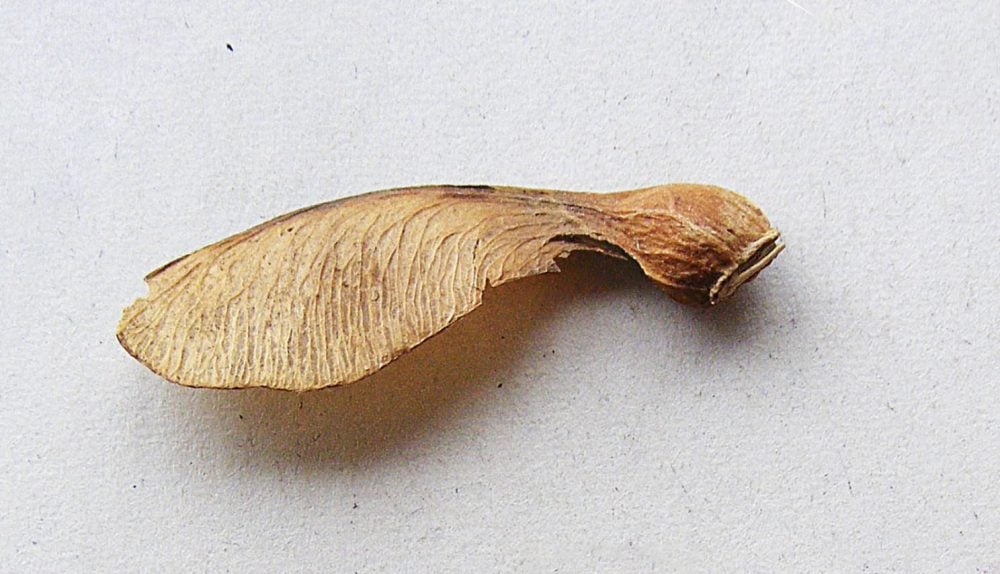 The F-SAM drone was inspired by a maple seed.