In our second story of today about drones for good, we turn to Alaska. Police in Anchorage used a drone with a thermal camera to quickly find a hiker who had gotten lost in the dense woods.

Update: it was indeed a DJI Mavic @ Enterprise drone.

On Sunday, March 28th, the police in Anchorage, Alaska used a drone outfitted with a thermal camera to help find a hiker who had gotten lost in the woods. The police said that dispatchers had received a call from a woman who went off-trail in a wooded area and she was no longer able to retrace her footprints in the windy conditions, according to WearTV.

Police in the area were deployed to find the woman on foot in the Alaskan woods. Another officer sent up a drone to assist in the search. The drone pilot was able to find the woman within 15 minutes by using the thermal camera. The pilot was also able to communicate to the female hiker that she had been located and the help was underway.

The police officer said later: “She was really happy to hear the mysterious voice in the sky.” 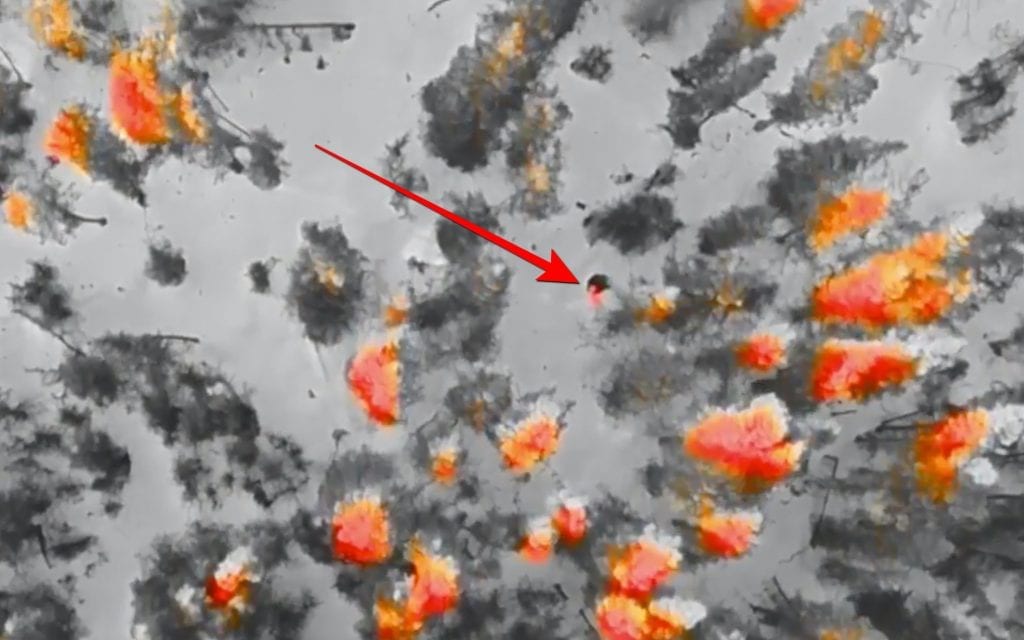 “This past weekend, Dispatch received a call from a lady who managed to get herself lost in the woods. She was off-trail, and due to the wind, she was no longer able to see her footprints in the snow which she normally could have followed back out. Did we mention the wind? Yes, it was cold out to boot. You know what winter wind in Alaska feels like. Due to all of those things, the lady could tell us the general vicinity she was in but that’s about it. Our dispatcher told her to stay put and that we would find her.

The cool thing about our drone is that not only does it have a camera, but it has a loudspeaker so we can talk to people with it. While some of our officers were out in the general area on foot, another one sent the drone up. Sure enough, after 15 minutes of flight time, the drone pinpointed her location. The drone officer was able to tell the lady that we were on the way (she was really happy to hear the mysterious voice in the sky tell her that) AND the officer was able to get the lady’s coordinates from the drone which he relayed to the officers who were on a hike in the trees (they were trekking six feet apart, of course).

All’s well that ends well! We got her out safe and sound. See? Don’t you feel all warm and fuzzy inside now? Stories that make the heart happy are the best kind. Heaven knows we can use as many of those as we can get right now.”

It hasn’t been confirmed yet, but it sounds like a DJI Mavic 2 Enterprise was used in this successful Search and Rescue operation, based on the fact that the drone had both a thermal camera and a loudspeaker. The DJI Mavic 2 Enterprise was first introduced during DJI Airworks 2018 and it one of the most affordable and widely available drones that comes with a low-resolution thermal camera and that can be outfitted with strobes, a Spotlight or a loudspeaker.

Successful search and rescue stories like this one, show how important drones can be in finding, locating and even communicating with people who are lost. You can see who difficult the hiker was to find in the forest with the normal video feed. The thermal footage made all the difference in locating the woman.