In December last year, a news helicopter was likely struck by a drone. The NTSB has come to this conclusion based on forensic analysis and crew reports. The mid-air collision forced the helicopter to make a precautionary landing in Los Angeles. This is now the sixth highly probable or confirmed drone strike in the U.S. airspace.

None of the six suspected or confirmed mid-air collisions or drone strikes have resulted in injuries or substantial damage to the manned aircraft.

On June 29, the NTSB released a report detailing its investigation of the drone strike that was reported by the crew of a news helicopter. The mid-air collision happened on December 4, 2019.

The report states that the helicopter was flying at 1,100 AGL at night in Class G airspace when the drone strike occurred. According to the NTSB, it could have been a legal drone flight, if the operator had obtained a valid waiver for FAR Part 107.29. The helicopter was flying near tall buildings in the downtown LA area, which could mean that if the drone was flying within 400 lateral feet of the structure it still was a legal drone flight at 1,100 AGL. FAA rules allow unmanned aircraft to fly up to 400 feet over a building as long as the drone remains within 400 feet laterally of the structure.

Los Angeles police were unable to find any evidence of the drone involved in the incident. the damage to the news helicopter is similar to the results of simulated drone strikes on aircraft. A bird strike has been ruled out since no biological material was found on the helicopter. 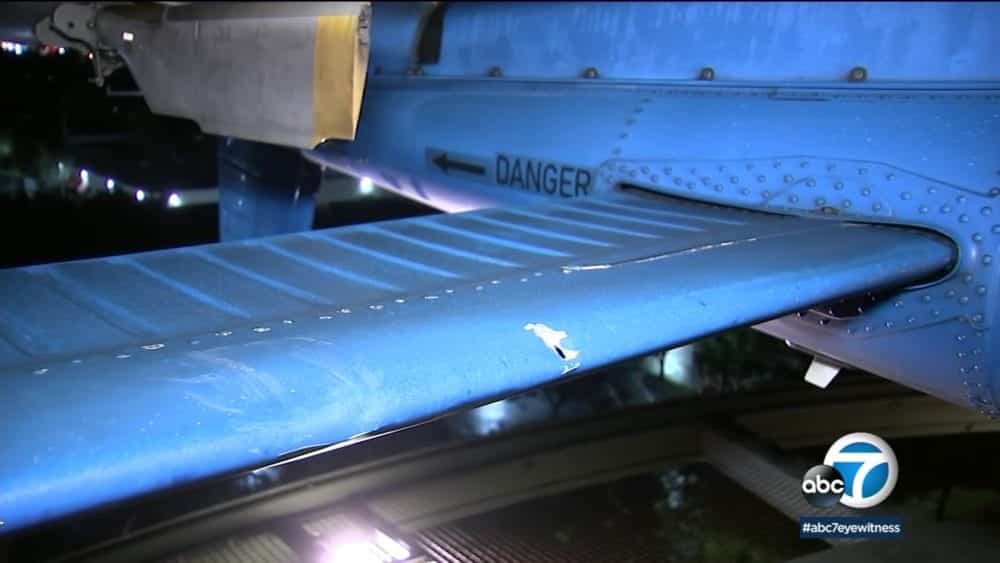 According to AOPA, the NTSB has fielded many reports of drone strikes with manned aircraft, but in most cases, actual drone involvement has been ruled out. Notable exceptions are:

Eventhough the number of drones flown in the U.S. has skyrocketed in recent years, the number of drone strikes remains small. However, drone incidents such as the one with the U.S. Navy Blue Angels earlier this year have raised concerns among aviation safety advocates about illegal drone flights especially in controlled airspace or over 400-feet altitude limit. 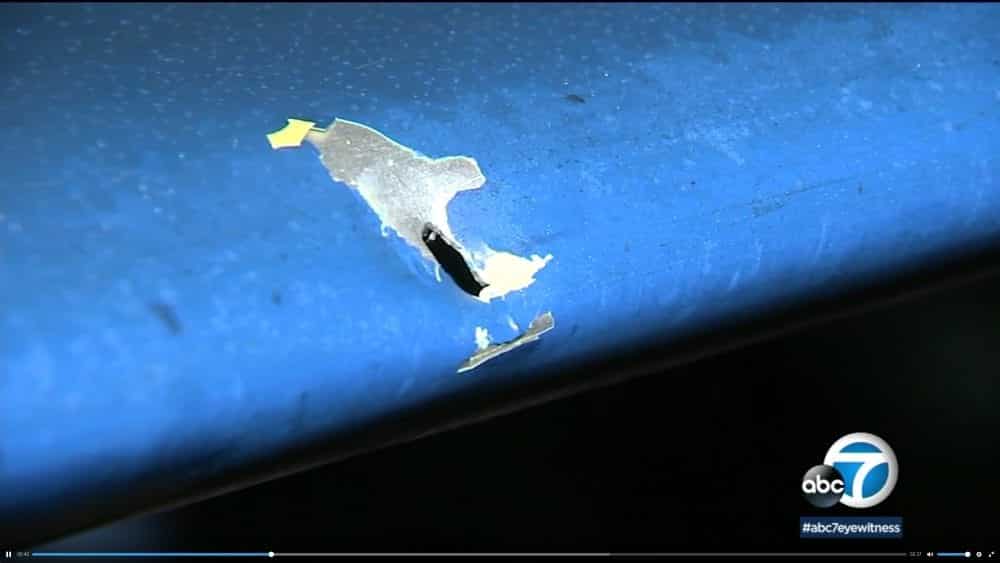 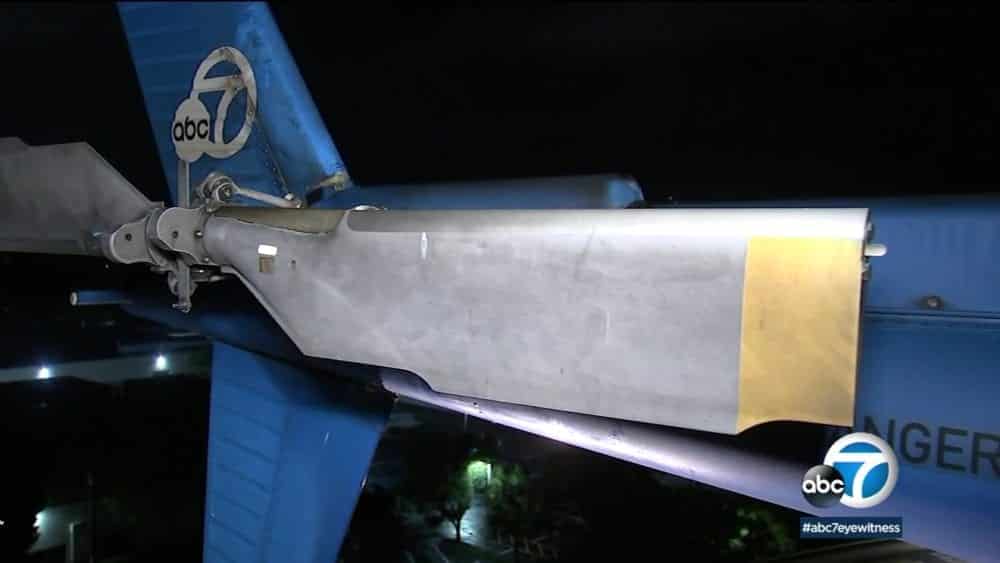 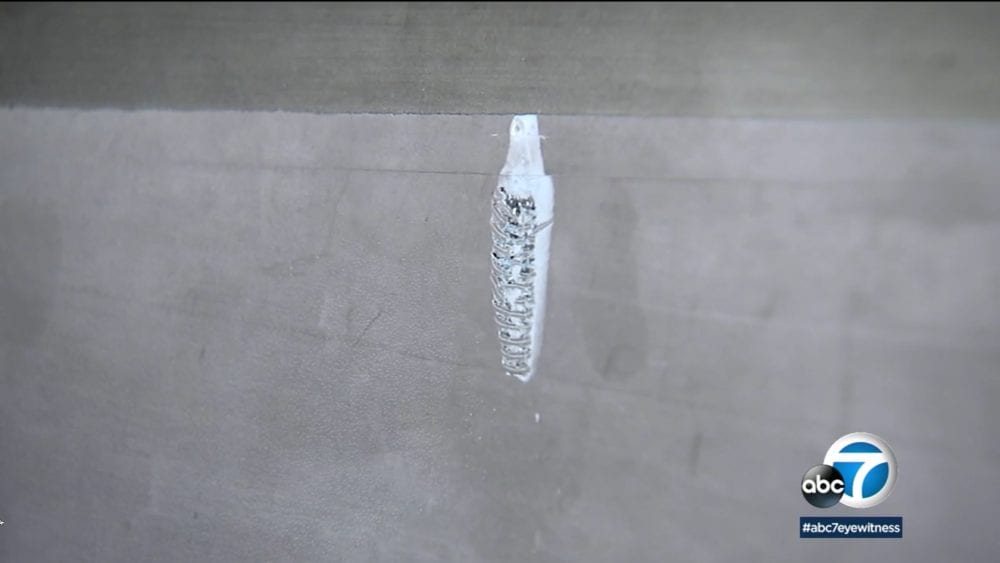 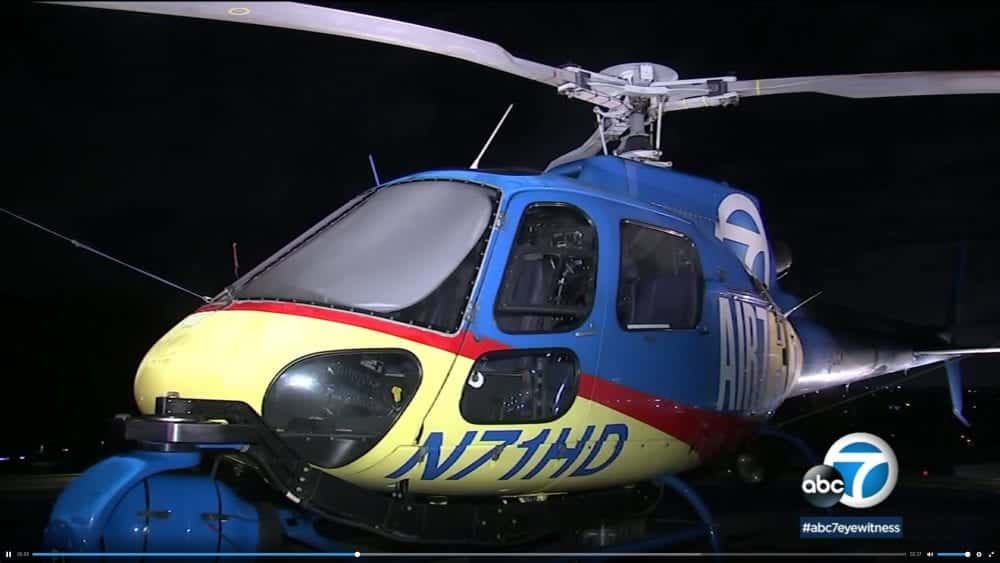