Early this morning, a DJI Mavic 3 review showed up online days before the expected launch on November 5th. It seems that the video review was accidentally made public on Google Drive. The footage shows the new DJI drone from every possible angle. See at the end of this article for the video itself.

Update: DJI just made the official announcement of the DJI Mavic 3 release.

As we come closer to the expected launch date of November 5th, more and more photos, specs, prices, and now videos start to emerge of the new DJI Mavic 3.

This morning a video was seemingly made public on Google drive by accident. The footage shows a full review of the DJI Mavic 3 days before the expected launch.

While all important information regarding this new DJI drone was already leaked, we do learn some new things by watching the footage.

The video shows us the ND Filters that come with the DJI Mavic 3.

The rear-loading battery and downward-facing sensors are clearly shown in this screenshot of the video review. 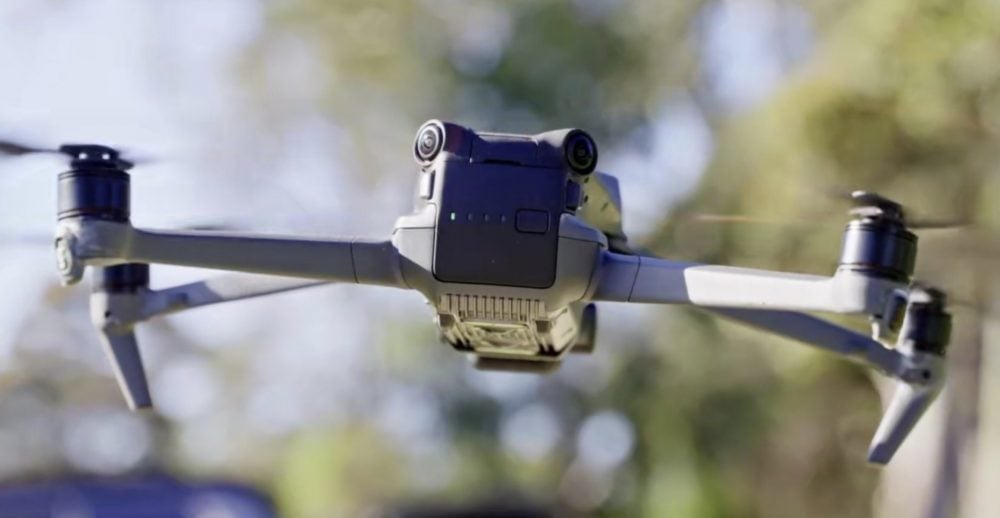 Here are a few more screengrabs from the DJI Mavic 3 review, the video of which you can see below.

You can still see the full chinese review on some random youtube account: [updated as they disappear]