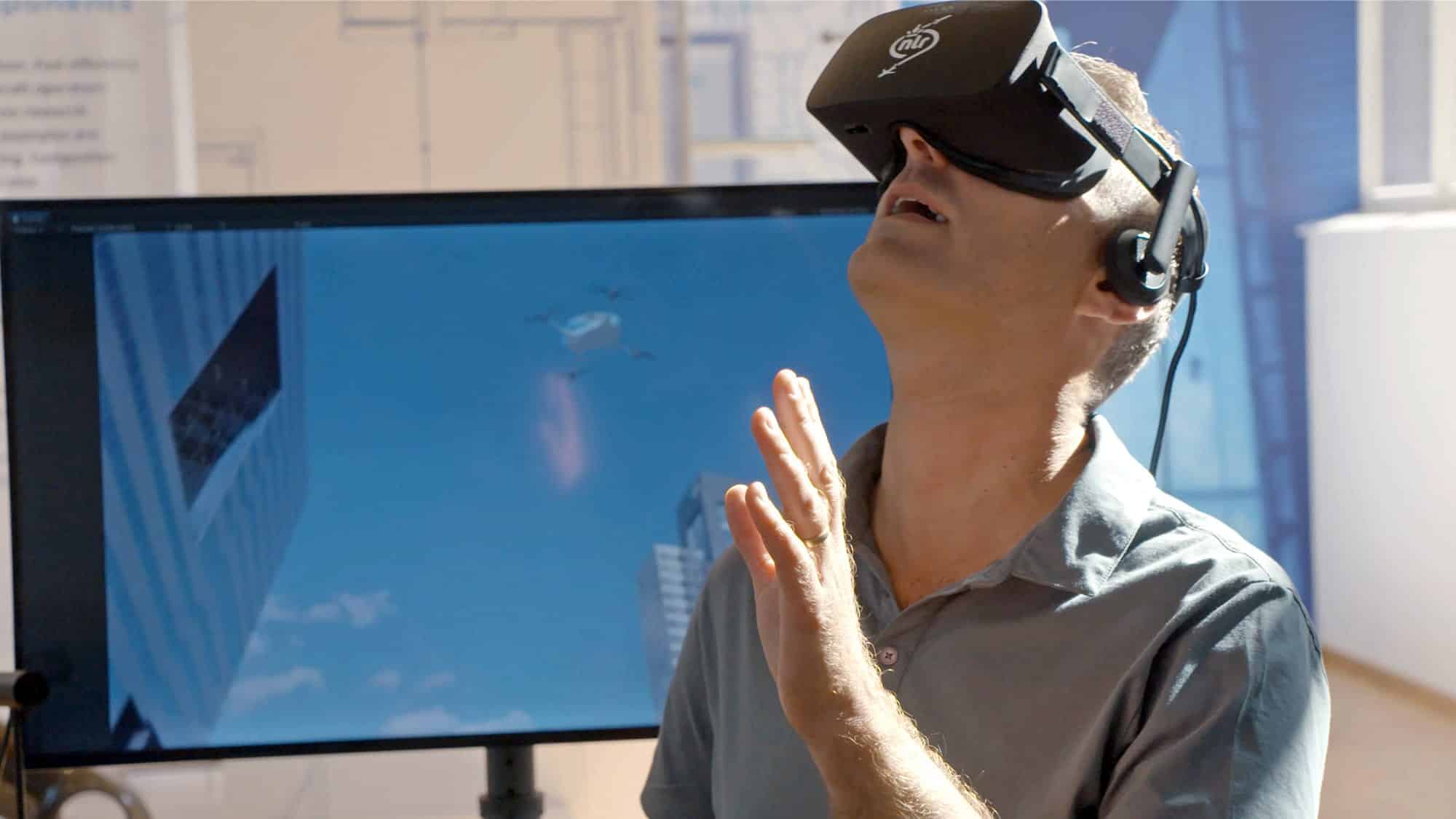 In the future, we expect all kinds of drones to be flying in and over our cities. For instance, drones carrying urgently needed medical items, or even electrically powered air taxis. Developments like these will only get off the ground, though, if there is sufficient social acceptance. That includes examining what the noise nuisance will be. But how can you study this future scenario while the drones are not yet flying around? Royal NLR has a solution with the NLR VR sound simulator.

When you buy a drone, the manufacturer should hopefully state how much noise it produces, in the number of decibels (dB). However, that rather abstract decibel value does not consider fully how that sound will be perceived by someone at ground level. There is more to it than just the volume: the type of sound plays a role, as do the circumstances in the surroundings such as sound reflection by buildings and other ambient urban noise sources.

It is perfectly possible that you may not even hear some drones passing overhead and only see them (or vice versa), or that they may perhaps not constitute a noise nuisance at all. But what about larger drones, such as one delivering packages or even an electrically powered air taxi? Do they make as much of a din as a helicopter, or is it not so bad after all? And if these delivery drones or air taxis fly over a town in the future, what will it sound like on the ground?

To let people experience how existing aircraft, or indeed ones that haven’t been invented yet, will sound when they fly over a city, NLR has developed a simulator for this purpose, the Virtual Community Noise Simulator or VCNS for short. The VCNS is a facility for carrying out studies into noise nuisance. In short, a sound simulator. It consists of virtual reality goggles and headphones, with a computer controlling it.

The VCNS can simulate the sounds of aircraft flying overhead, quickly and practically. Other sources of noise can be simulated as well, such as wind turbines, trains, road traffic or various industrial sources. Combined with the background sounds, the user experiences the effects of possible future changes in the surroundings.

The NLR VR sound simulator was originally developed by NASA Langley in the United States and then came to NLR in 2007. It has been developed further by NLR since then, for instance using the latest developments in virtual reality. NLR is the first in the world to use video images in virtual reality combined with an audio experience to investigate the perceptions of noise.

According to Roalt Aalmoes, a researcher at NLR, the VCNS is ideally suited for investigating noise nuisance from drones. “Studies looking at noise from other aircraft also apply to drones, of course. Lots of different types of drones are coming on the market, but not much is known about which will create more or less noise nuisance. Another important question is whether people will be able to see the drones flying or not. In an urban environment, there’s a good chance you won’t see drones because they’re obscured by buildings, but you’ll still be able to hear them.”

NLR has been collaborating closely with various universities in developing the NLR VR sound simulator. Sound is in fact more difficult to simulate than images, explains Aalmoes.

“Right now, noise simulation in urban environments is still under development. There are lots of things we can already do visually, thanks to technology from the gaming industry. But the models aren’t very advanced yet in terms of sound. We already have models that take shielding and single reflections into account, but we’ve still got a lot of research to do into deflection and reflection by various materials.”

To make the simulation as realistic as possible, a 360º video recording of an urban environment – in this case the Amsterdam Zuidas district – was taken as the starting point, even including people passing by. The computer then lets an electric air taxi (strongly reminiscent of the Ehang 184) fly over. The user can literally look up to hear where the characteristic humming sound is coming from, because the sound literally rotates with the image.

“We can see that UAM is a really hot topic,” says Aalmoes. “It’s not only the certifying authorities who want to know more about it – there are also increasing numbers of developers who see that social acceptance is a key precondition if UAM is going to be a success. That’s why we work with other parties, as well as conducting our own research into the perception of drones by humans. This knowledge then lets us give advice about how to make drones quieter or how to develop procedures that will make drone flights over cities more acceptable.”

NLR also has an important role in making existing and future drones quieter, for instance within the cooperative venture Rotterdam The Hague Innovation Airport (RHIA). As part of that project, different types of sounds are presented to a test group. This may be for a specific type of drone or in the longer term also for the Pipistrel, an electrically powered two-seater aircraft that NLR recently acquired.

The NLR VR sound simulator plays an important role in providing information, not only about drones but also for instance in the social debate about wind farms.

“In the shorter term, we’re going to be doing our own research into perceptions of drones,” says Aalmoes. “We’re hoping to be able to present the results at the beginning of next year. On top of that, we’re continuing to provide information because we’ve noticed that many people can’t really imagine something like UAM very well, and this simulator makes the concept seem very real.”

“We’ll keep using the VCNS for other applications such as wind farm simulations too. There are similar problems there because until the wind farm has actually been built, lots of people don’t really know what a wind turbine sounds like or what it will look like. We’re mainly trying to give people objective images – and audio – of what they can expect instead of the sometimes rather rose-tinted narratives of the supporters or opponents.”

For more information about the services NLR provides for noise research for drones, see nlr.org/capabilities/noise-simulator/. 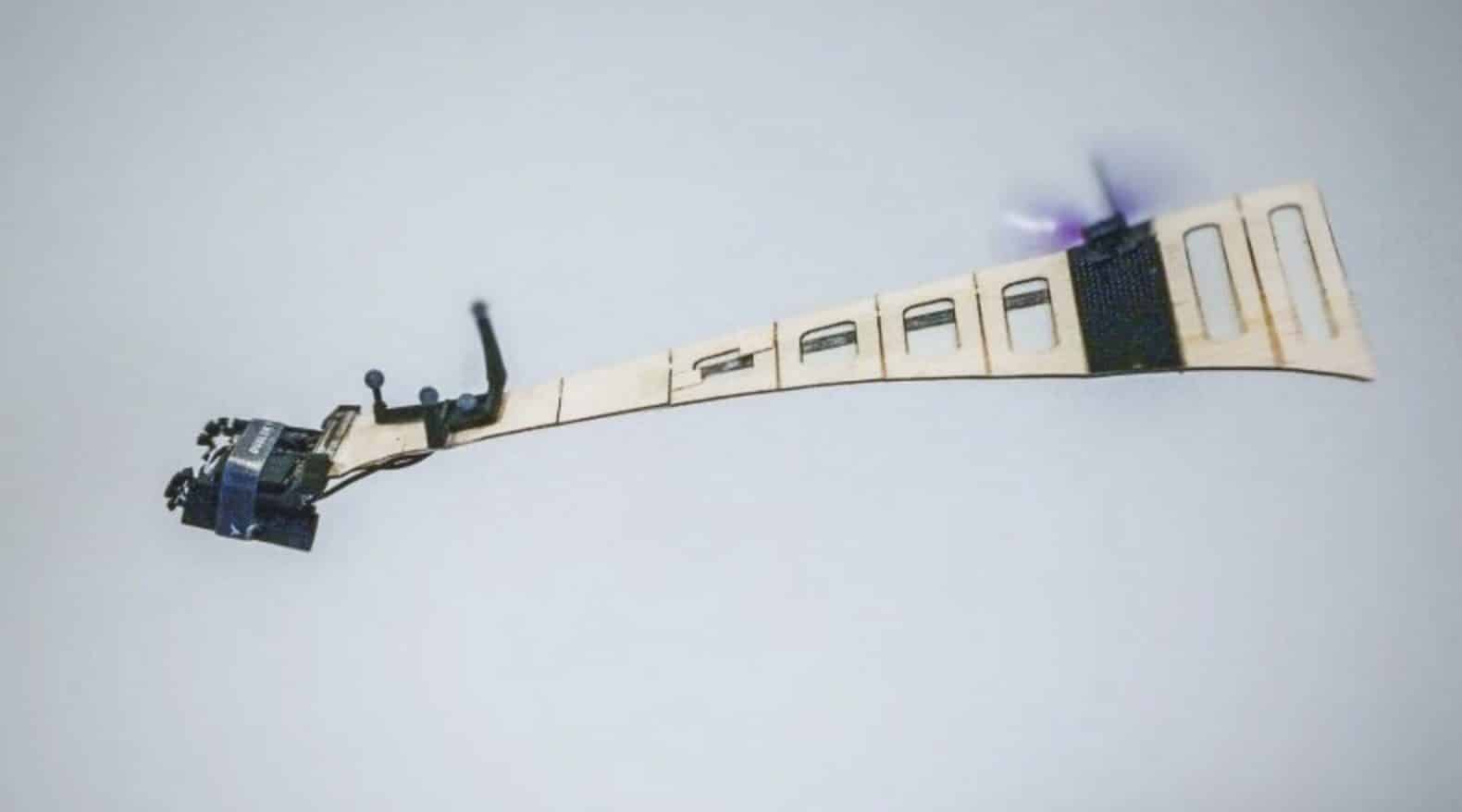 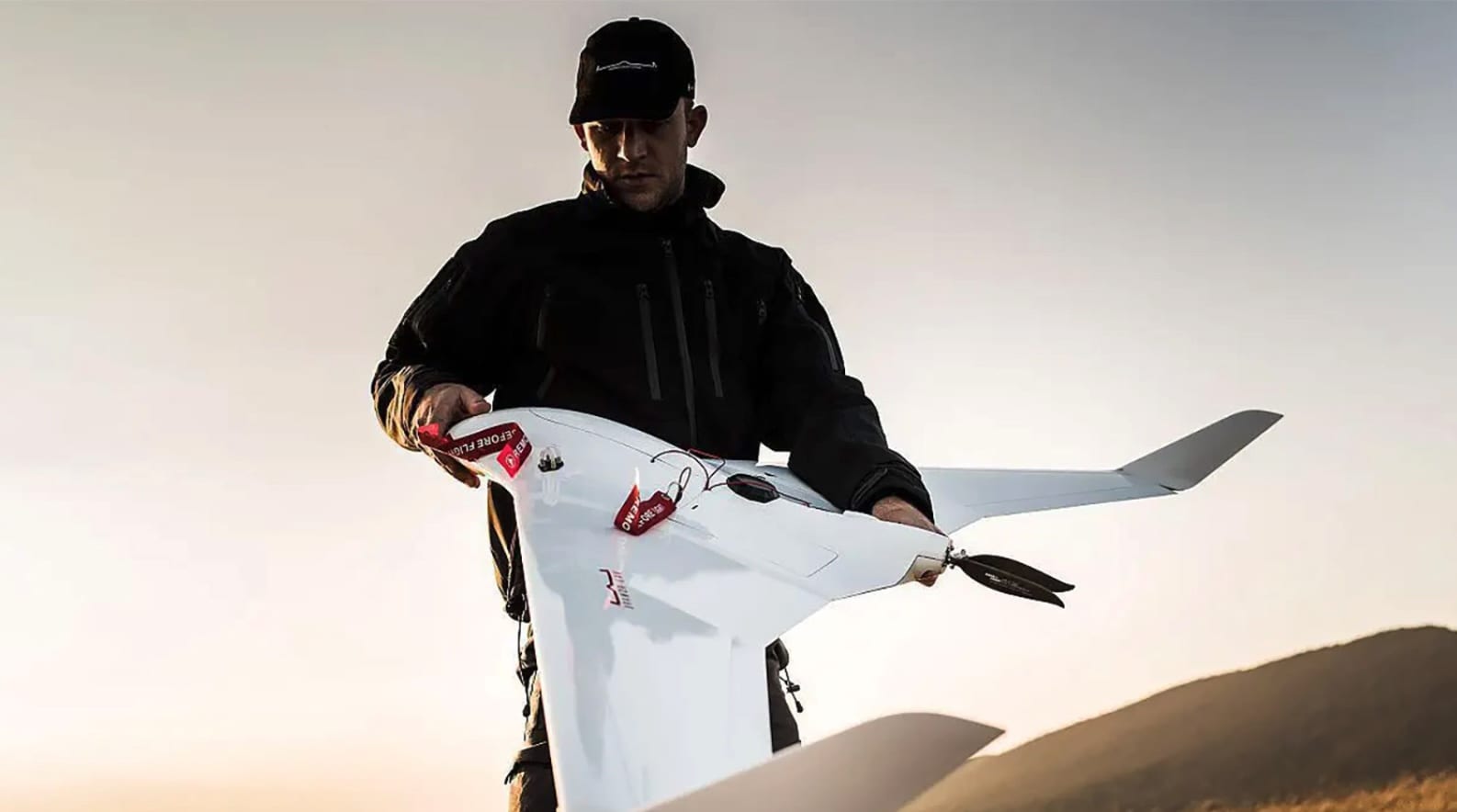 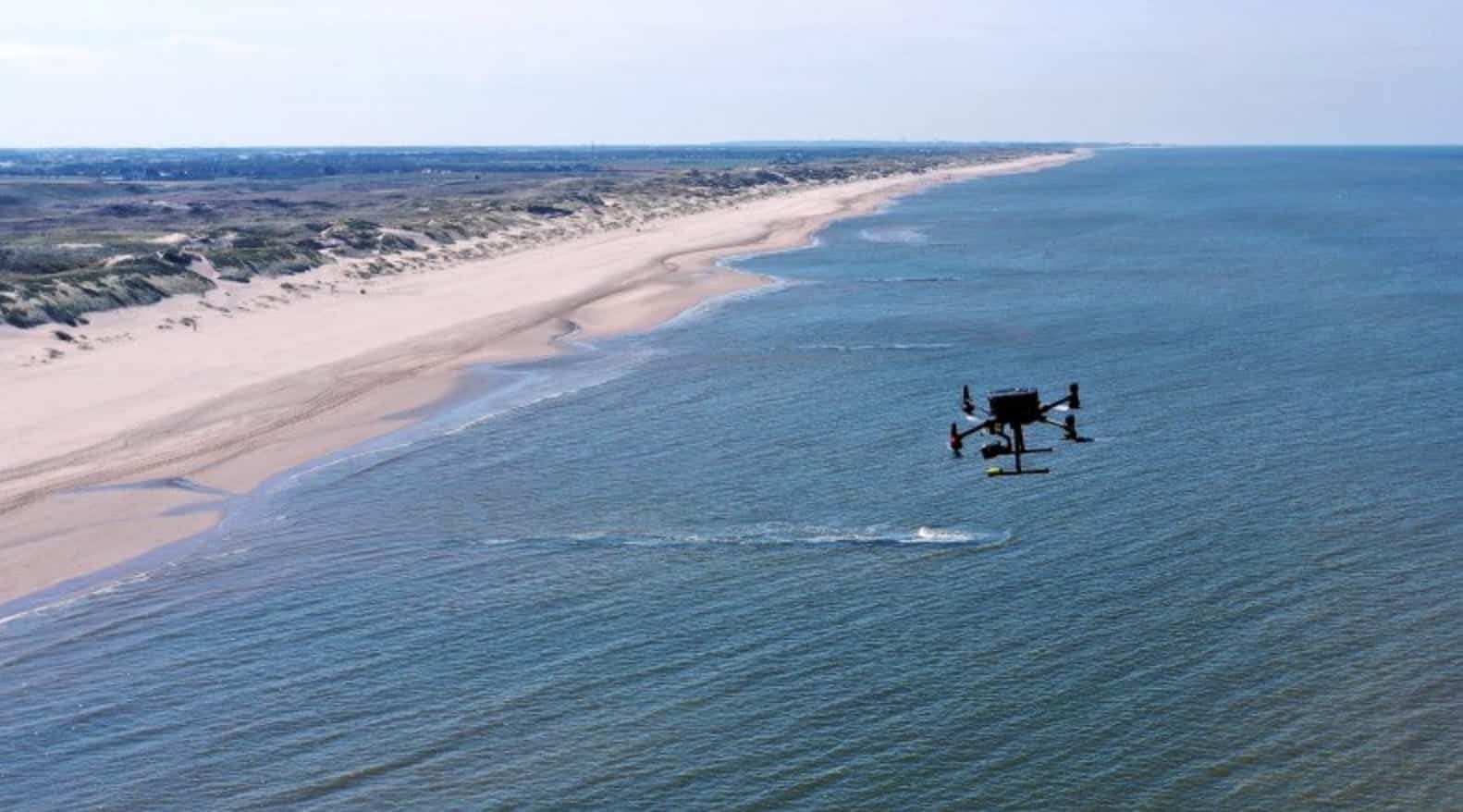 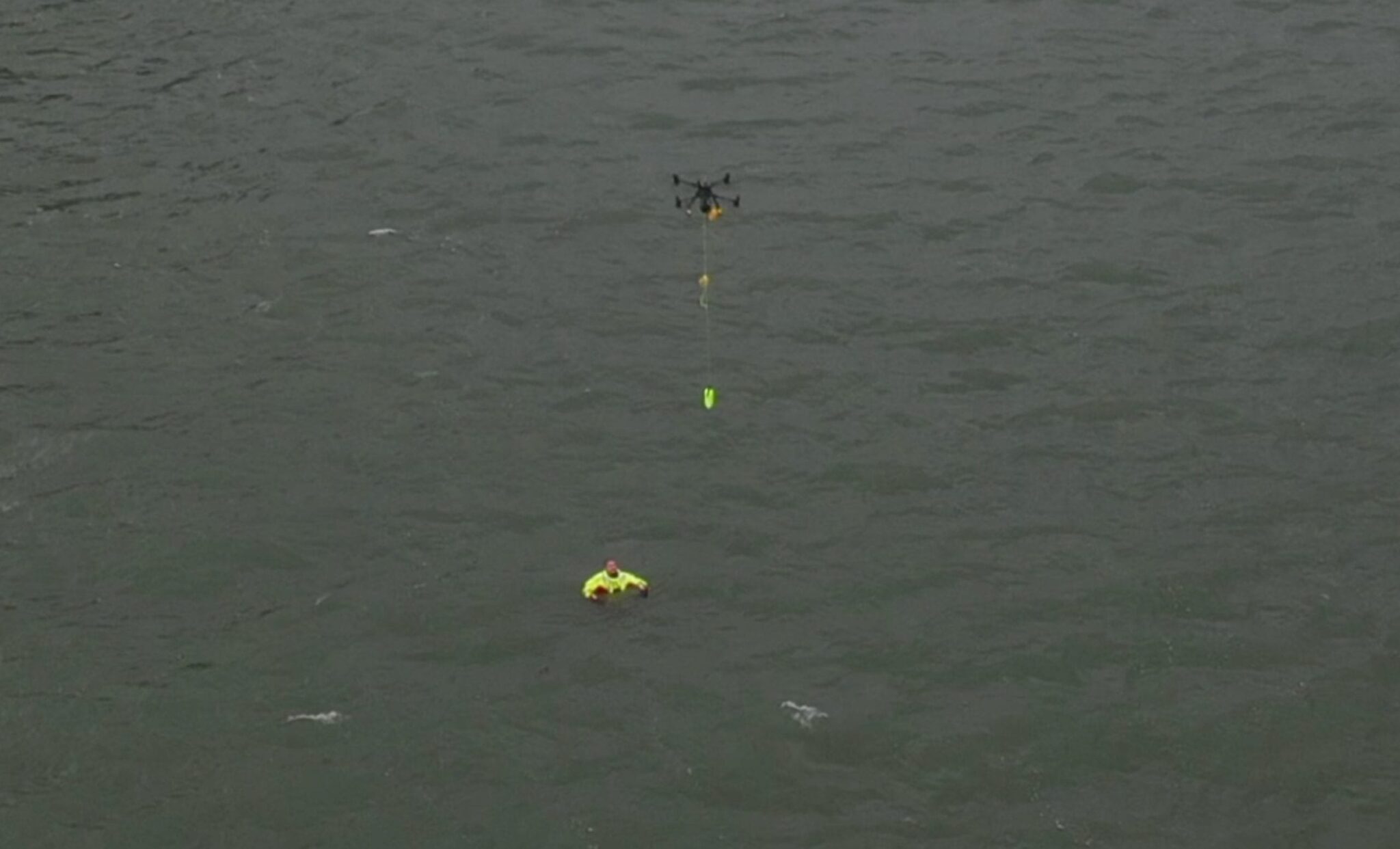