In response to my previous article in which I said Part 107 pilots beware, Skydio is NOT your friend, Skydio’s Chief Marketing Officer, Alberto Farronato, argues that Autonomy is the new opportunity for Part 107 drone operators. Unfortunately, nothing could be further from the truth. Ask any Uber driver how they view their future employment in light of the advance of self-driving cars. If it’s up to Skydio, Part 107 pilots will go the way of the dinosaurs, and in a few years, the way of the Uber drivers. However, my point here is not to save Uber drivers or Part 107 pilots (although, I have warned you). No, I take issue with the fact that Skydio over-sells, under-delivers, and doesn’t seem to care about regulatory limitations.

All this has little to do with creating fear, uncertainty, and doubt, as Farronato claims. Quite the opposite, I’m trying to clear up the smoke and mirrors that Skydio uses to promote and sell their drones, first to consumers and now also to enterprise customers.

There are two main points that I have a problem with: 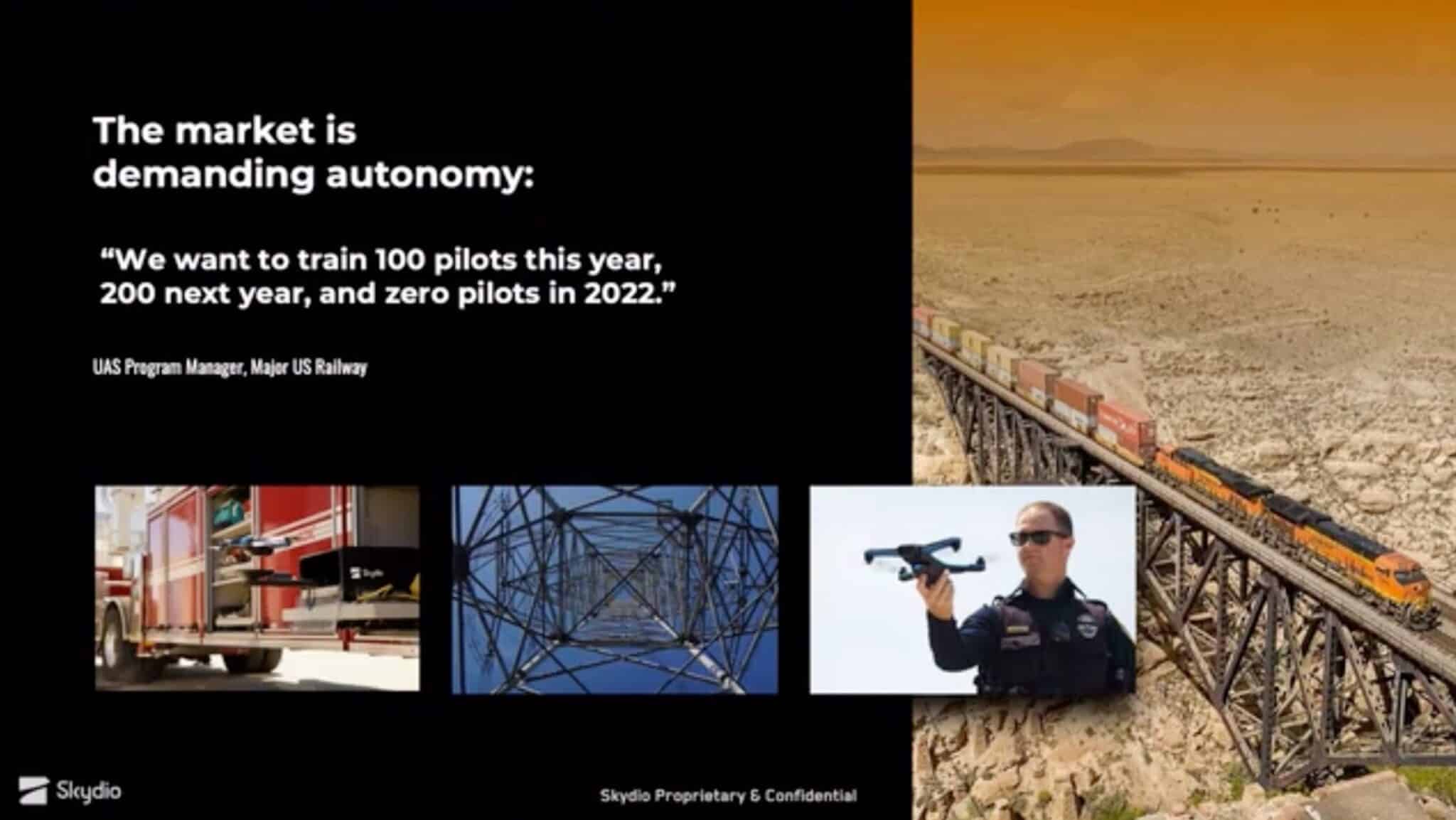 But before we jump in, let’s make sure we’re clear on several things, so that there is no misunderstanding, Farronato.

Under the current FAA regulations, outside of COAs and Part 135, both of which are not easy to obtain, there are only two ways to fly a drone. You either fly recreationally (44809) or commercially under a Part 107 certificate.

Using a drone for economic benefits to promote a brand, grow a YouTube channel, or as a real estate photographer, automatically puts you in the Part 107 group. Yes, this would include Casey Neistat too. The videos that Skydio uses to showcase, promote, or explain how to fly their Skydio 2 drone all fall under Part 107.

Part 107 has unambiguous rules on what you, as a drone operator, are allowed to do. For anything that falls outside of those rules, you will need a waiver from the FAA.

Under the Part 107 rules, the FAA requires that a remote Pilot in Command (PIC), among other things, ensures that the small unmanned aircraft poses no undue hazard to other people, other aircraft, or other property in the event of a loss of control of the aircraft for any reason. The remote PIC is directly responsible, must have the ability to direct the drone, and must ensure compliance with the Part 107 rules. More on this later.

Let’s start with problem number one. Skydio promotes a way of flying that is not allowed under the current FAA regulations.

In the promotional video for the Skydio 2, the drone startup showcases many video clips labeled “Flying itself – No pilot.” Since these video clips are for the economic benefit of Skydio, they fall under Part 107, which requires a remote Pilot in Command ready to take control of the drone at any time. A more FAA-acceptable label would be “Almost flying itself – With remote Pilot in Command” if that were indeed the case.

Many of the shots used by Skydio also include moving vehicles. This opens up a whole other can of worms.

Under Part 107, you cannot fly a drone from a moving vehicle, i.e. car, motorcycle, boat, (electric) bicycle, unless you are in a sparsely populated area, which is generally interpreted as having fewer than twenty people on a ten-acre site. In all other cases, you need a waiver. Since the introduction of Part 107, the FAA has only issued four such waivers, in the most recent one, the FAA required a team of three people; a remote PIC, a driver, and a visual observer to make sure nothing is missed or overseen. 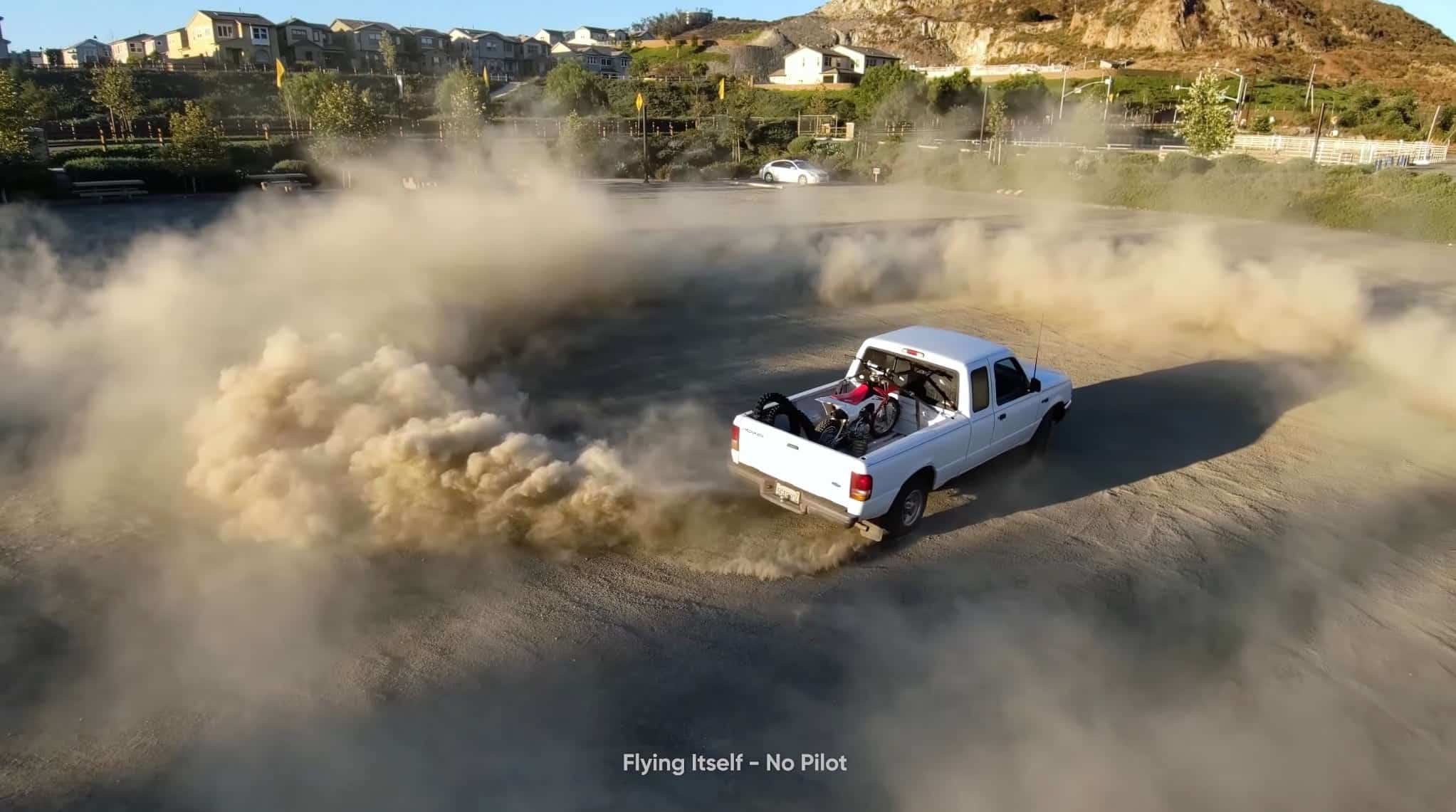 However, it gets even better. Or worse, if you’re Skydio. The FAA writes the following in its preamble, which clearly prohibits any drone from being flown from a moving vehicle, this includes cars, motorcycles, snowmobiles, and (electric) bicycles.

As discussed previously, this rule will allow operation of small UAS from land and water-based vehicles over sparsely populated areas. However, the FAA emphasizes that this rule will also prohibit careless or reckless operation of a small UAS. The FAA considers flying a small UAS while purposely distracted by another task to be careless or reckless. The FAA cannot envision at this time an instance of a person driving a vehicle while operating a small UAS in a safe manner that does not violate part 107. Additionally, other laws, such as State and local traffic laws, may also apply to the conduct of a person driving a vehicle. Many states currently prohibit distracted driving and State or local laws may also be amended in the future to impose restrictions on how cars and public roads may be used with regard to a small UAS operation. The FAA emphasizes that people involved in a small UAS operation are responsible for complying with all applicable laws and not just the FAA’s regulations.

A great example, albeit not from Skydio, is Casey Neistat’s video, where he flies the Skydio 2 from a moving electric bicycle with the caption “autonomous flight, no controller at all,” AND over people (also not allowed) along a beach in California. To make Casey’s drone operation perfectly legal, he would need a Part 107 certificate, a waiver to operate the drone from a moving vehicle, and a waiver to fly over people.

Anyway, we’re getting off track here. Back to Skydio…

On Skydio’s website, in its presentation, in tweets, and on Medium, Skydio promotes the reduction of pilots needed to perform drone operations and the resulting cost-savings of up to 65%. This is a false promise as Part 107 drone operations without a remote Pilot in Command are not allowed under the current FAA drone regulations. Period. 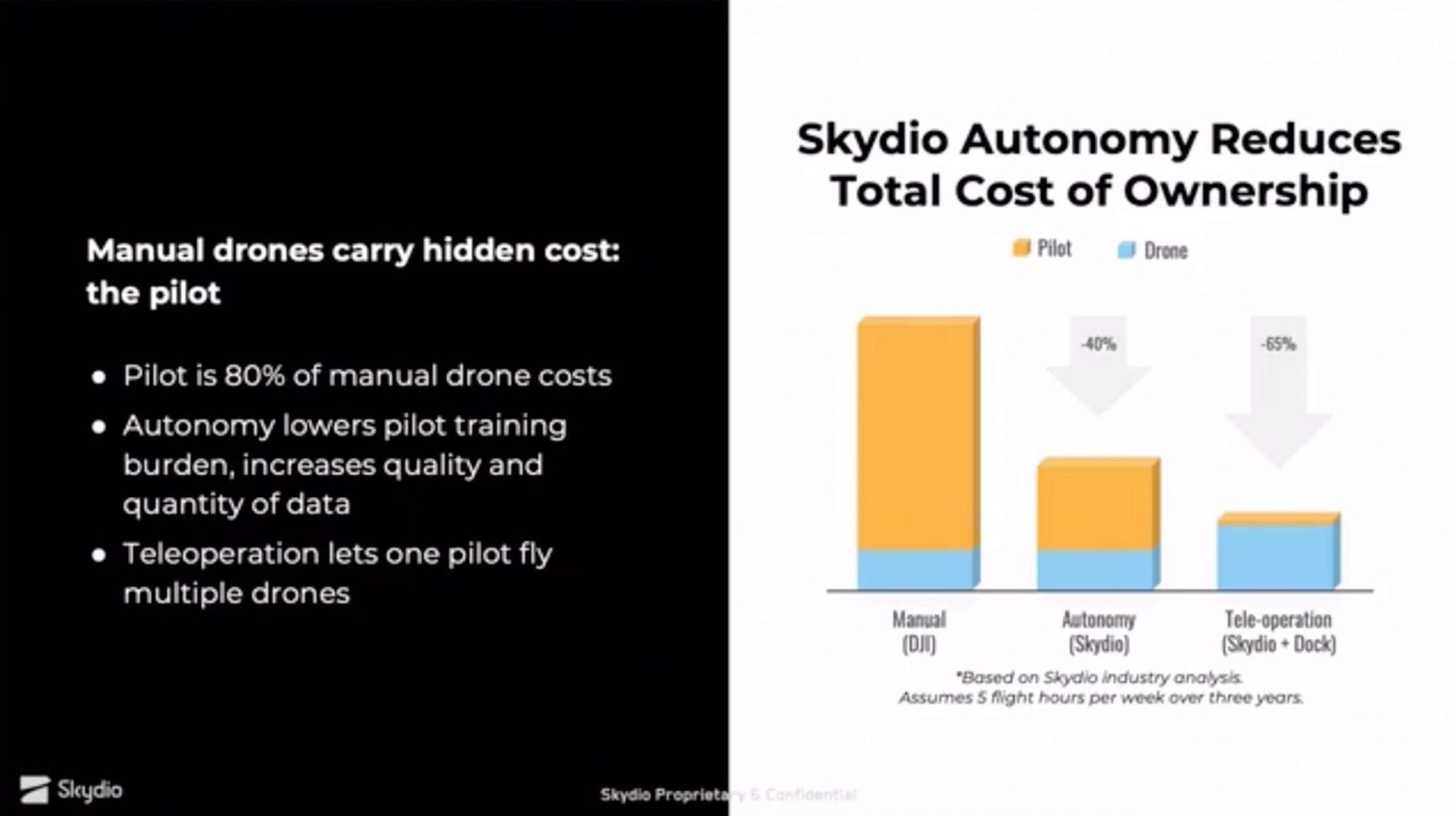 The entire idea of a Skydio 2 drone flying out of a box to perform recurring, autonomous missions is, under the current FAA regulations, a pipe dream. It will take years before such autonomous drone operations are allowed, if at all. Right now, you are required to have a remote PIC, ready and able to take control of the drone or small unmanned aircraft to prevent any incidents or accidents. 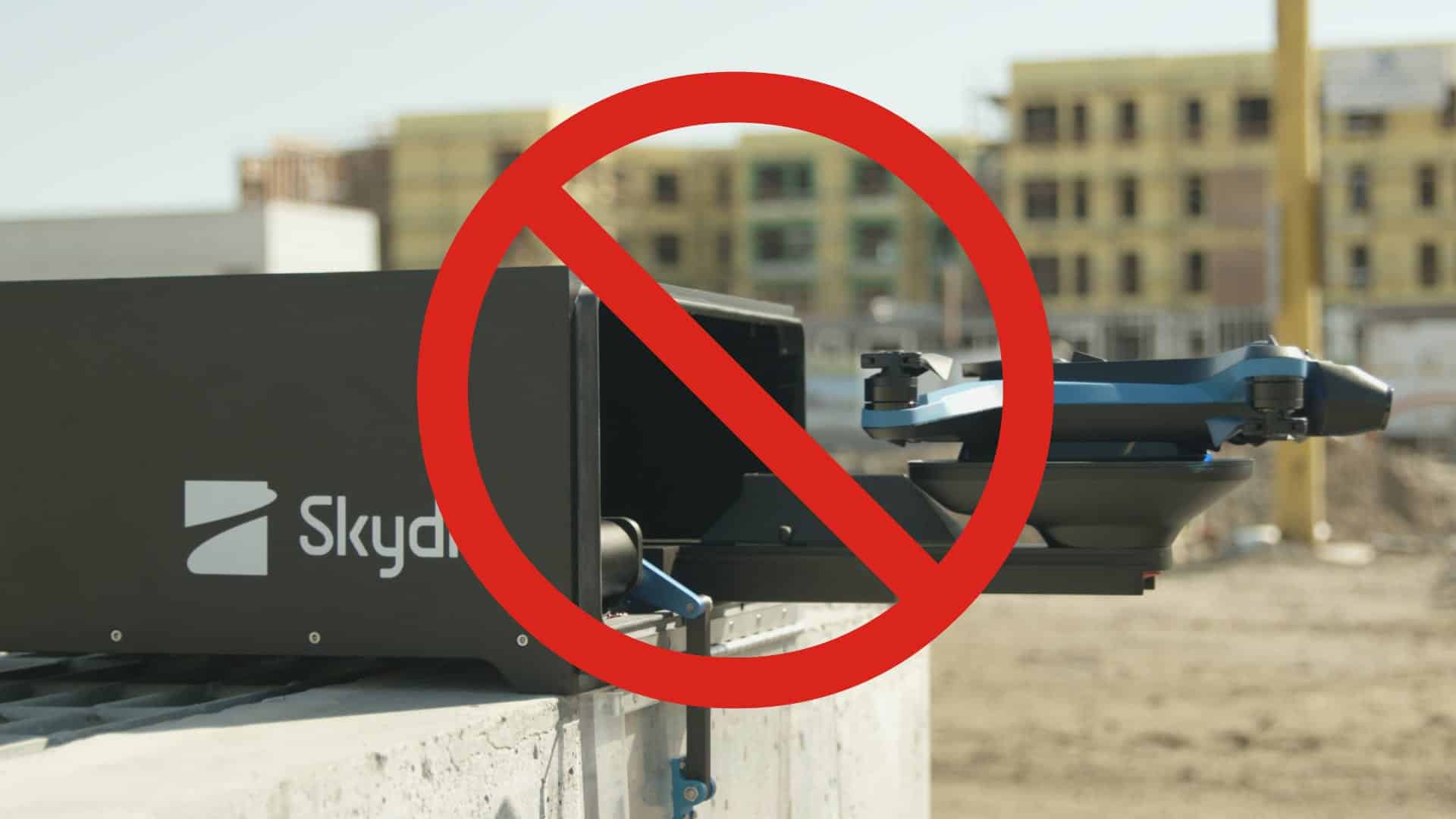 In his response, Farronato points to a section of the preamble, chapter VII, that I had ‘strangely omitted.’ According to Skydio’s head of marketing, it shows that autonomous small UAS operations are allowed under the current Part 107 rules. Please read that section for yourself. It clearly states,

“An autonomous operation is generally considered an operation in which the remote pilot inputs a flight plan into the control station which sends it to the autopilot onboard the small unmanned aircraft.”

That section refers to programmed drone missions, such as used during drone mapping operations. This is not the case when a Skydio 2 drone is following you while you’re riding your mountain bike down a hill, and the drone is making real-time calculations and decisions fully autonomously. In those cases, the drone is flying itself in real-time without any input from the remote PIC. If and when something goes wrong, the operator will be too late to respond. Part 107 was not created for the kind of autonomy that Skydio drones are capable of, which makes sense because Part 107 was created well before the Skydio R1 even came to the market.

Those are my main concerns with the way Skydio advertises and promotes its self-flying drones. There are, however, also a few other things I’d like to clarify and respond to:

First of all, I applaud Skydio for entering a highly competitive drone market where others have failed before them, i.e., Gopro with its Karma and 3DR with the Solo drone. I also think that the level of autonomy that the Skydio 2 offers is currently unparalleled and is a technological feat in itself. Bravo!

But for Farronato to say that DJI is a ‘hardware-centric,’ ‘monopolist selling outdated technology’ is laughable. DJI has brought and still brings many innovations to the drone market, such as return-to-home, ADS-B In, obstacle avoidance, OcuSync 2.0, etc. And in several areas, DJI drones are way ahead of Skydio, such as range, the DJI Go 4, and DJI Fly apps, payloads such as the recently released Zenmuse L1 Livox Lidar system, or flying at night with strobes.

I am not a DJI employee or fanboi. I give DJI plenty of grief for other things, but the claims by Farronato are ridiculous. But, we’re not done yet. Later on, Farronato continues with:

“As cheap manual drones have saturated the market, pilots have found themselves shackled to a hardware-centric approach that presents safety risks, limits their earning potential, and holds the industry back.”

This is a joke!

If this was true, FreeFly Systems would be long out of business, instead, they just announced their amazing new Astro drone. PRISM would not stand a chance with their new awesome drones. XM2 would not exist. DJI would not have developed the Matrice 300 Pro RTK, because there wouldn’t be any demand. And all the drone mappers, inspectors, real estate photographers, video creators using ‘cheap manual drones,’ such as the DJI Mavic 2, Mavic Air 2, Mavic Mini, Phantom 4, Parrot Anafi, Autel EVO II’s would be sitting at home with no food on the table. This is obviously not the case, but nice try, Farronato.

Lastly, we get to the ‘superior levels of control’ and ‘unparalleled safety and efficiency that Skydio drones bring,’ according to Farronato. Well, no drone is perfect. Not even the Skydio 2. Take a look at Billy Kyle’s experience where his Skydio 2 suddenly dive-bombs into the water.

Farronato, I’ll be looking forward to your response. We can keep this conversation going if you like. Although I think your time is probably better spent helping to clear out the 6-month backlog that Skydio has on fulfilling its customer’s orders. Best to hurry up as I’m sure new DJI drones and other small unmanned aircraft will appear on the market soon.

Talking about DJI, they had something to say about this as well:

DJI has proudly led the industry in developing and supporting automated flight functions:

As the industry leader in safety, DJI also recognizes the importance of following applicable laws to keep safe and responsible humans at the controls. A drone operator should always be able to take manual control of the drone and know how to fly it safely out of the way, in the event other air traffic enters the location, or people and vehicles on the ground unexpectedly become positioned under an autonomous flight path.

Submit tips If you have information or tips that you would like to share with us, feel free to submit them here. Support DroneXL.co: You can support DroneXL.co by using these links when you make your next drone purchase: Adorama, Amazon, B&H, BestBuy, eBay, DJI, Parrot, and Yuneec. We make a small commission when you do so at no additional expense to you. Thank you for helping DroneXL grow! FTC: 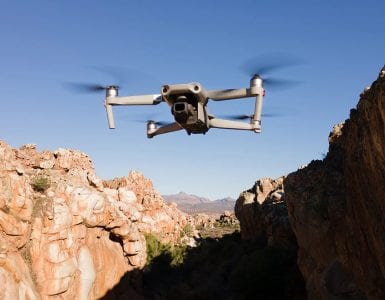 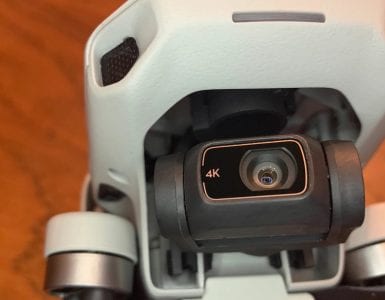