WILL DJI ENTERPRISE LAUNCH A NEW THERMAL CAMERA TOMORROW? – Like many of you, I have been wondering what DJI will be launching tomorrow. Some have speculated that we will see the new DJI FPV drone tomorrow. That seems unlikely as the teaser image was tweeted by DJI Enterprise and not DJI Global (consumer). Initially, I thought it would be a new and more powerful zoom camera for the existing DJI Mavic 2 Enterprise drone. However, over the weekend other photos and insights have made me change my mind. I now expect DJI to launch a new thermal camera tomorrow morning at 8:00 am EST. The remaining question is, for which drone? The DJI Matrice 300 RTK or the DJI Mavic 2 Enterprise Dual? 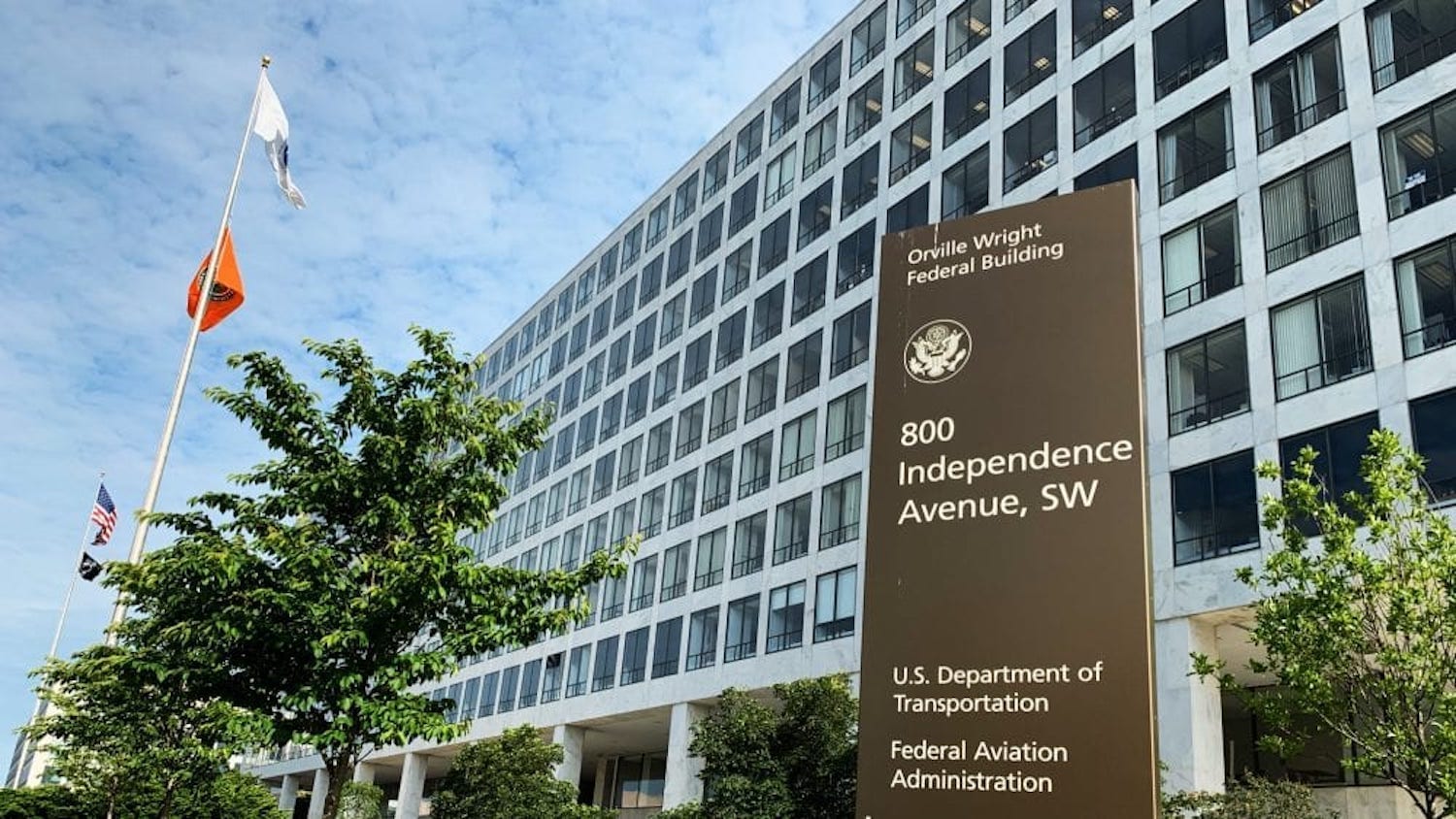 FAA CLEANS UP AND REMOVES SPECIAL RULE FOR MODEL AIRCRAFT – Last week, the Federal Aviation Administration (FAA) announced that it had cleaned up and removed the Special Rule for Model Aircraft. The change was made public in the Federal Register on December 11, 2020. 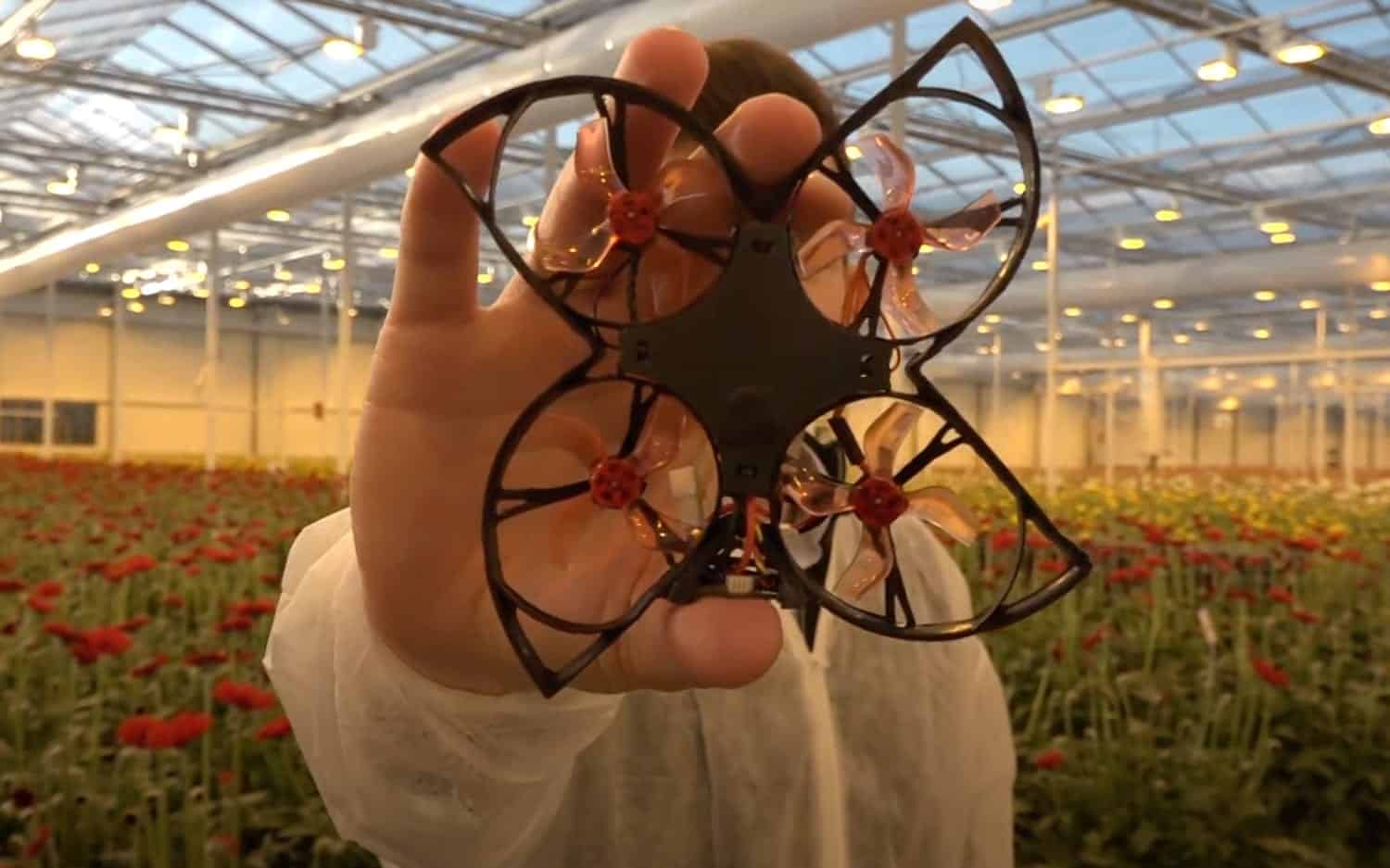 MOTH-KILLING DRONE HUNTS AND DESTROYS UNWANTED INSECTS IN GREENHOUSES – Moth control is a high priority for Dutch greenhouse growers because of the damage the caterpillars cause to the crop. Sure, you can address this problem with pesticides, but that is not the preferred method for various reasons. The Dutch company PATS is developing a unique solution in the form of moth-killing drones. 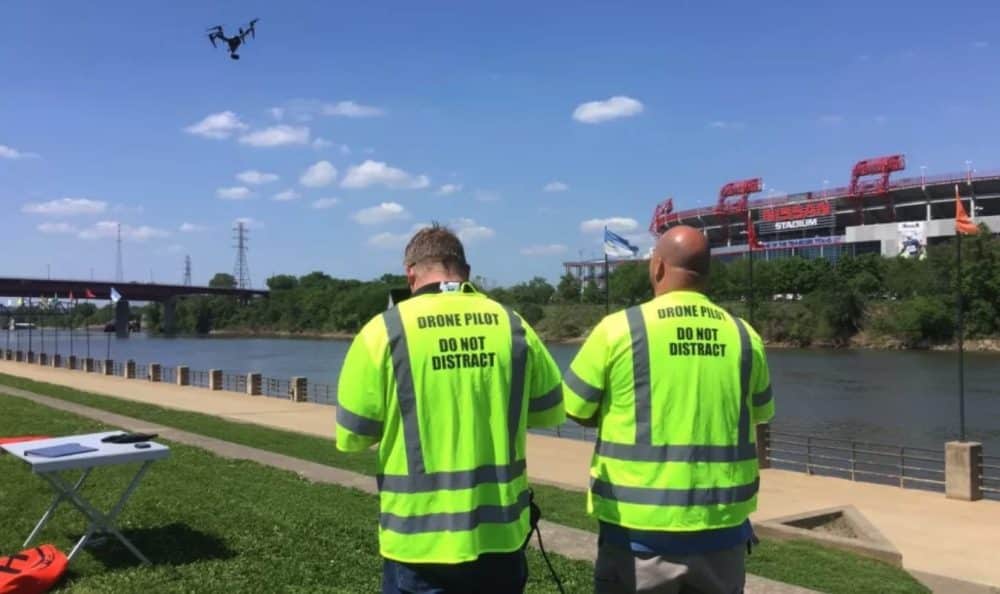 Drones Now an Essential Part of TV Broadcasting – Fast forward to today, with hundreds of drones now being owned by U.S. TV broadcasting teams, the aerial footage captured on these platforms has gone from being a visual novelty to an essential part of TV newsgathering. 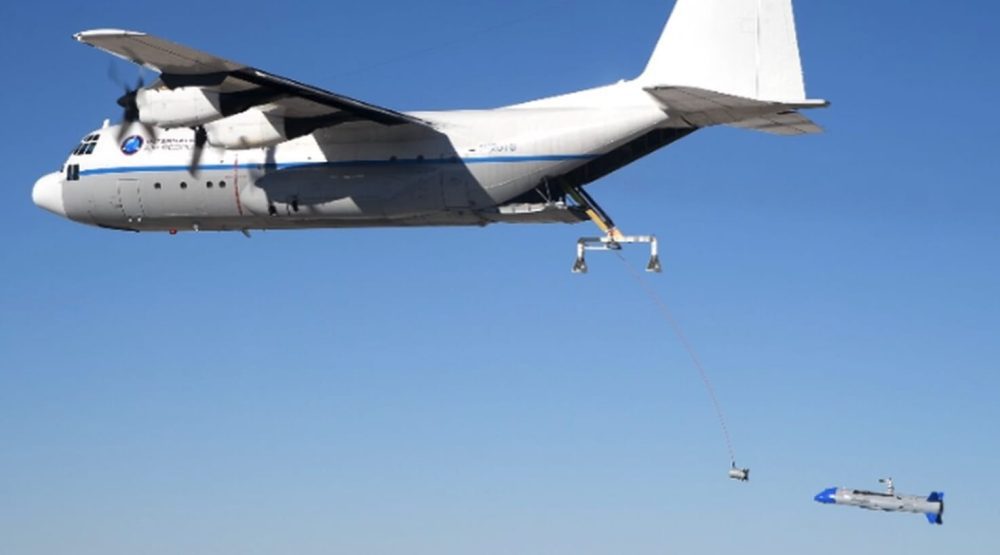 The first 9 attempts to retrieve swarming Gremlins drones failed. Here’s what’s next. – The idea behind DARPA’s Gremlins program is simple: Turn cargo aircraft like the tried-and-true C-130 into motherships capable of launching and retrieving swarms of small drones. But a recent test proves execution of that goal may be easier said than done. 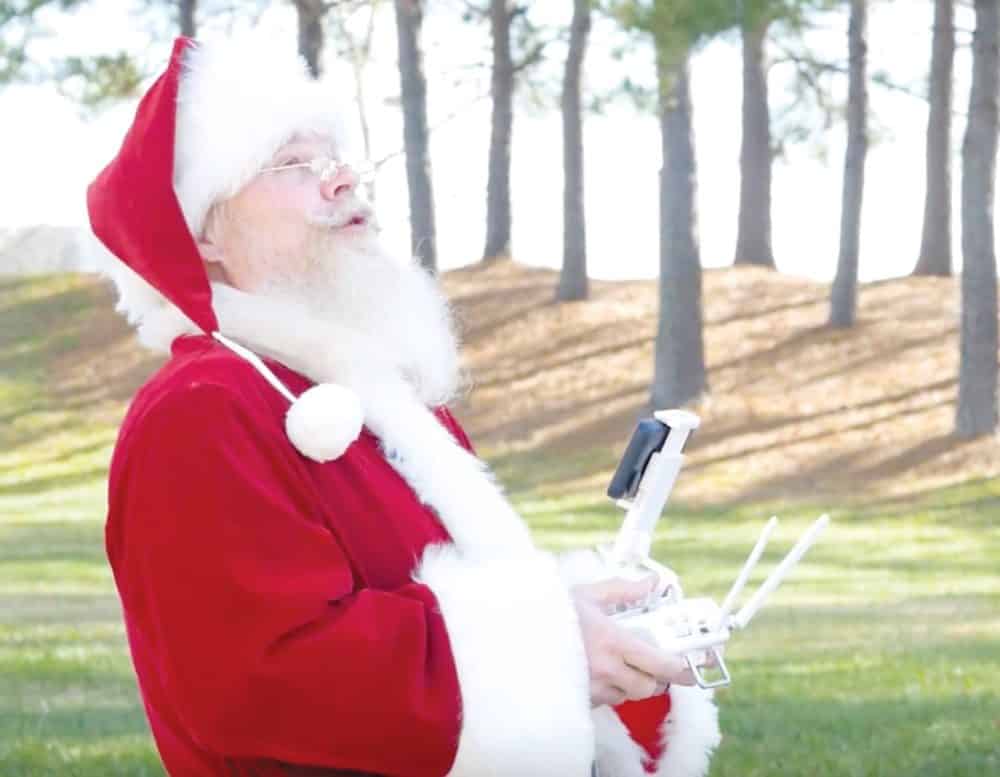 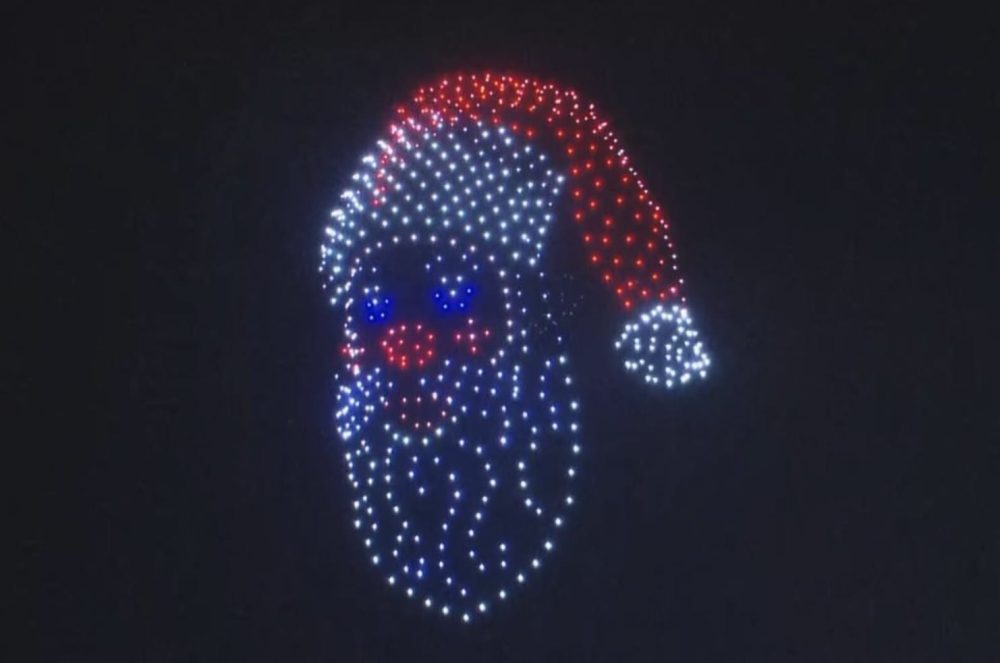 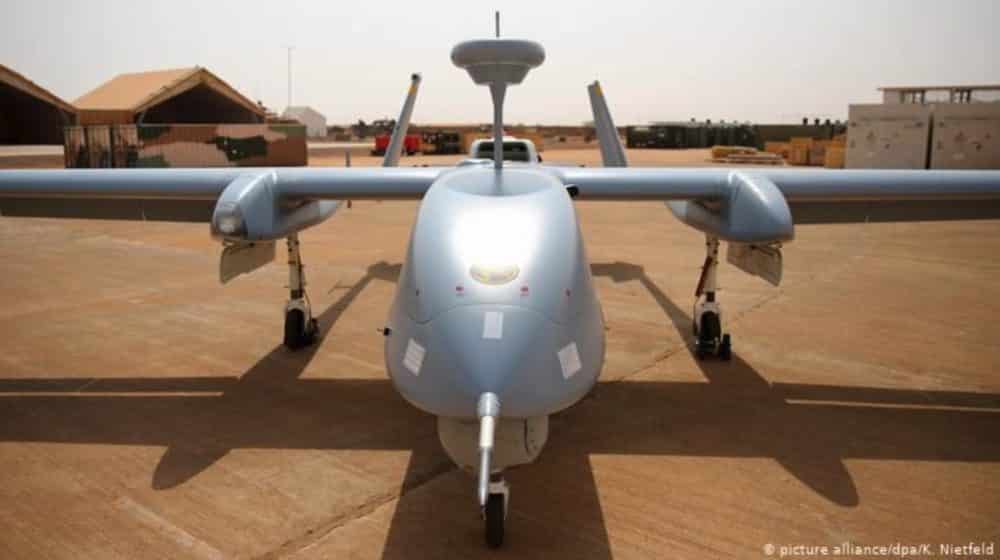 No armed drones for the German army — for now – The Bundeswehr has called for approval for armed combat drones for military use. But the controversial technology has been blocked in the German parliament. What does that mean for German defense? 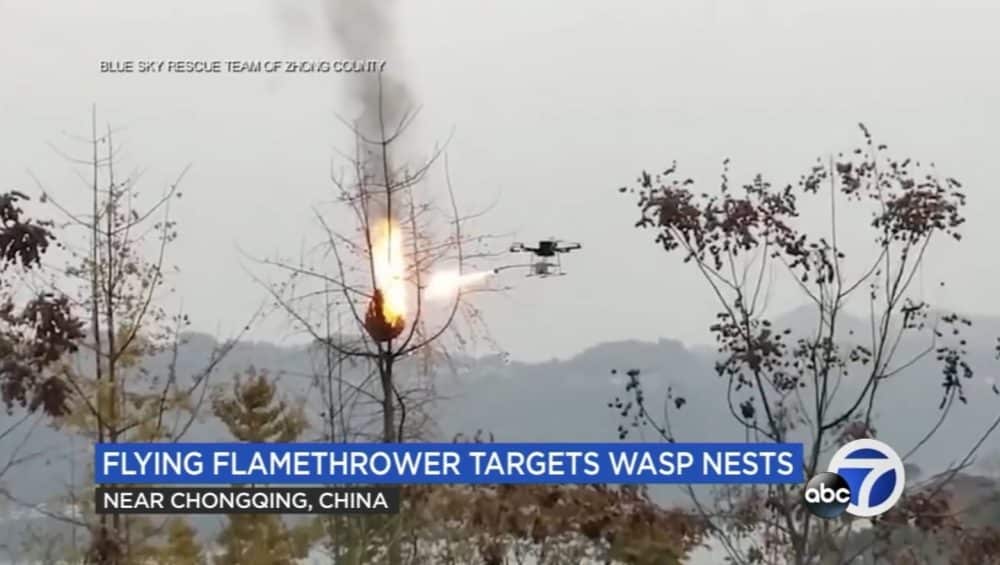 VIDEO: Flamethrower drone destroys wasp nests in Chinese village – A drone has been converted into a flying flamethrower in central China in a fiery campaign to eradicate more than 100 wasp nests. Blue Sky Rescue, a volunteer group that conducts search and rescue and other emergency work, have teamed up with villagers in Zhong county near the city of Chongqing. They raised 80,000 yuan ($12,200) to buy a drone and equip it with a gasoline tank and an arm-length nozzle. 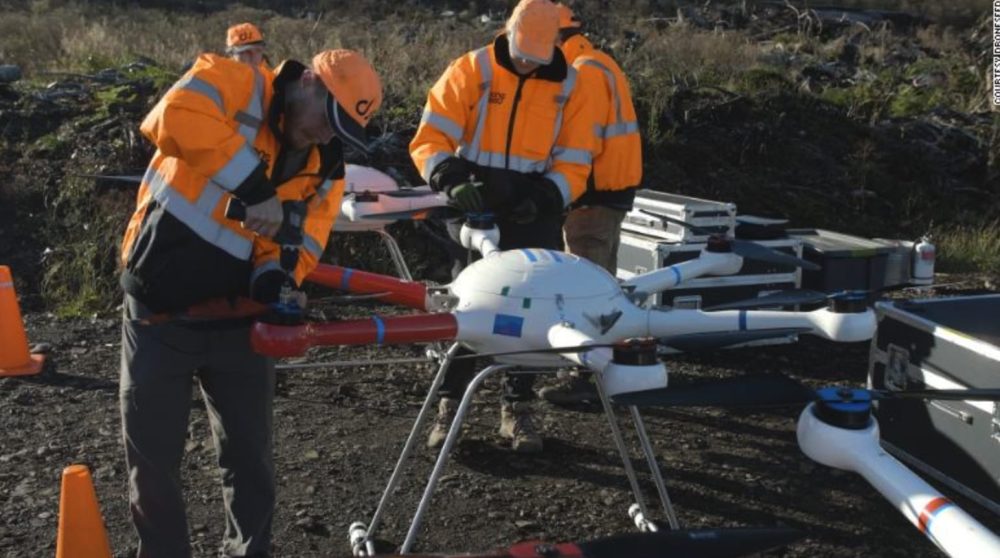 This company is using drones to replant forests devastated by wildfires – Seattle-based DroneSeed has what it says is a much faster and more effective solution. As the company’s name suggests, it uses fleets of drones (also known as drone swarms) to reforest areas that have burned down, dropping what it calls “seed vessels” into areas where they have the best chance of growing back. 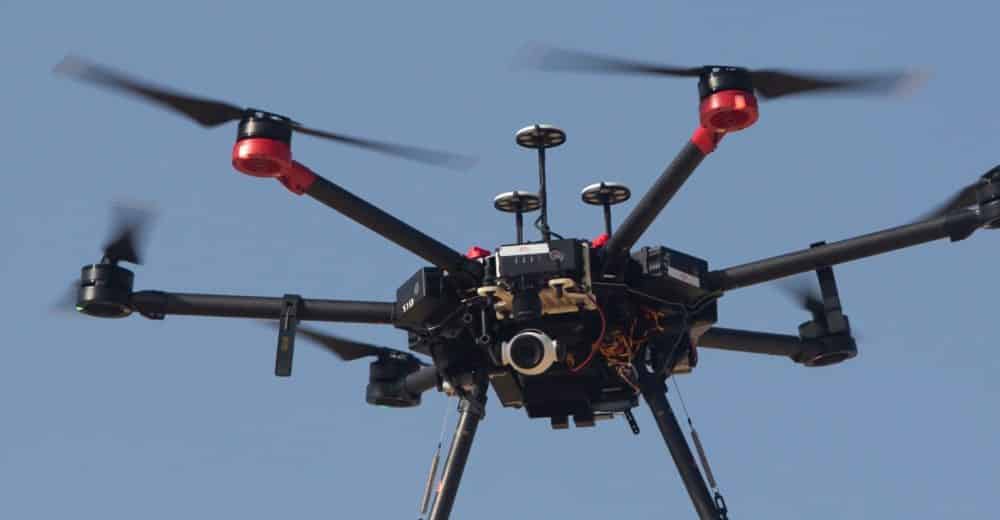 Island-Hopping Drones to Help Bridge Vaccine Equality Divide – “The drone thing is for real, and there are different sizes, capacities and ranges,” he said. “It’s not the preferred option for large-scale distribution but it might be a new tool that the supply chain has in its pocket.” 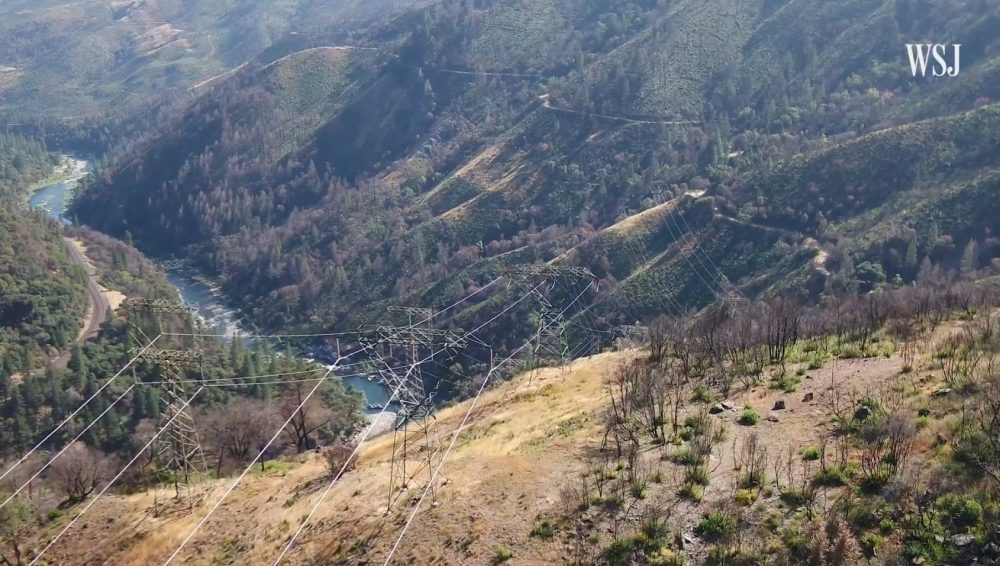 Fighting Wildfires in Australia Goes High Tech With Drones, Sensors and Satellites – As a new fire season begins in Australia—a recent wildfire-ravaged about half of Fraser Island in the country’s east—researchers are looking to rely more on technology to find blazes quickly and better predict their path. 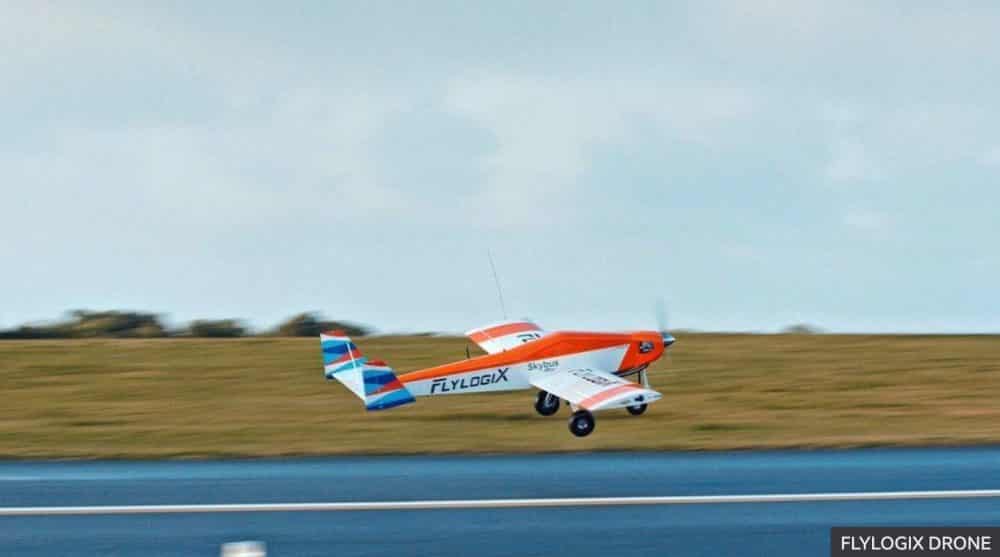 Drone completes first freight flight to Isles of Scilly – A drone has successfully carried supplies from the mainland to the Isles of Scilly for the first time. It completed the 60-mile (97km) round trip, delivering an NHS supply box to St Mary’s airport. The Isles of Scilly Steamship Group (ISSG) said the flight “paves the way” for a “new lifeline connection” with the remote islands off Cornwall. The unmanned vehicle returned to Land’s End airport with local produce including gin and flowers. Currently, most freight is carried to the islands by ship, with some being taken alongside passengers on planes. Drones could carry items including medical supplies and urgent vehicle parts. 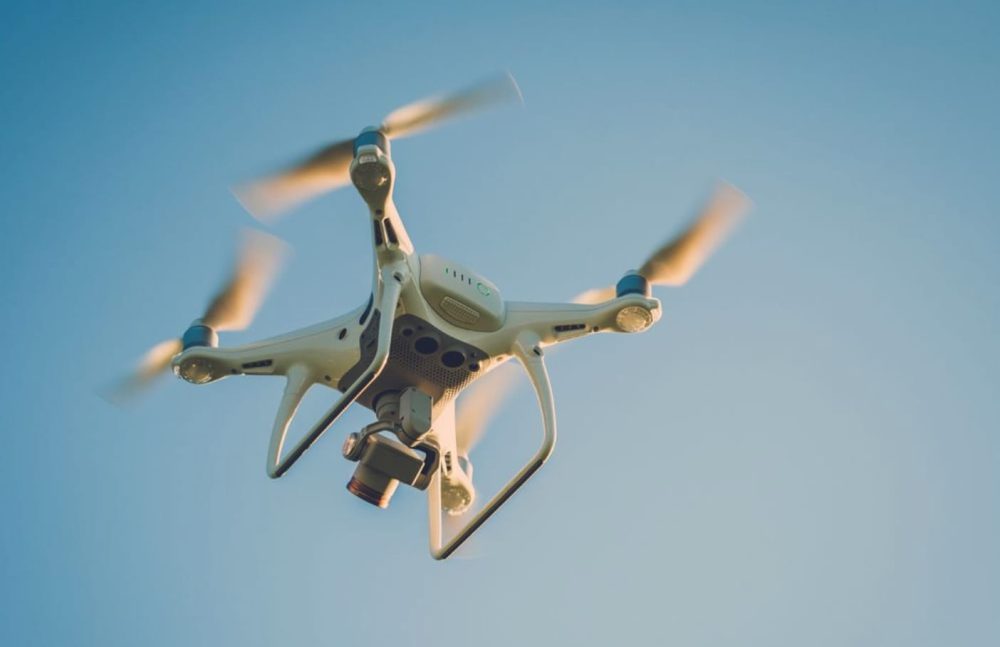 FBI: At least 5 pilots report drone flying near Charlotte Douglas flight path – The FBI is looking for whoever has been illegally flying a drone recently near a flight path to Charlotte Douglas International Airport. According to the FBI, there have been at least five reports by commercial airline pilots of a drone flying at least 4,000 feet in the air between Oct. 30 and Dec. 8. While the drone did not come into direct contact with the airplane or cause a pilot to avoid it, the FBI said these actions are illegal and extremely dangerous. Anyone flying a drone near a plane or a flight path can face federal criminal charges, fines and be imprisoned for up to life. Authorities said it is possible the drone operator is not aware they are violating the law. With Christmas around the corner and drones being given and received as gifts, the FBI encouraged the public to follow federal and state laws as it applies to flying drones. 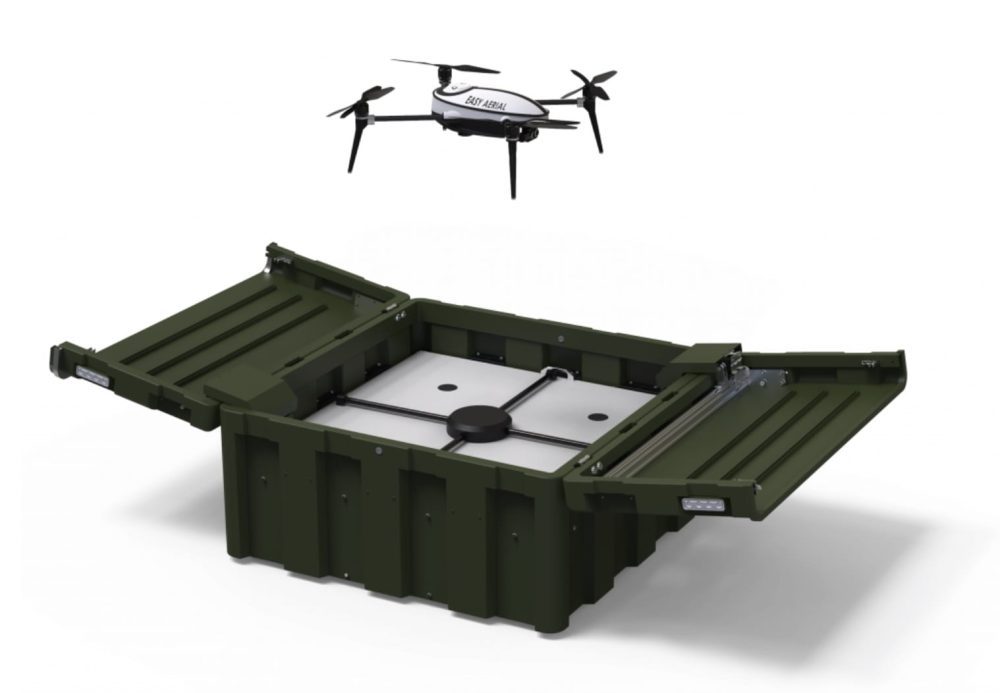 Cheap GPS jammers a major threat to drones – With rotors whirring and airframes hurling through the air, drones can be very dangerous when flights don’t go as planned. There’s been much teeth-gnashing over the FAA’s measured approach to commercial drone policy adoption, but the fact is there are real dangers, including from bad actors using inexpensive GPS jammers. GPS signal jamming technology is evolving, decreasing in size and cost. Today, jammers can be bought online for as low as $50. Long a threat to military assets, jamming is now a commercial concern as commercial drone deliveries become a reality, and attacks are becoming pervasive globally. This threat now affects commercial, law enforcement, and defense drones on critical missions. 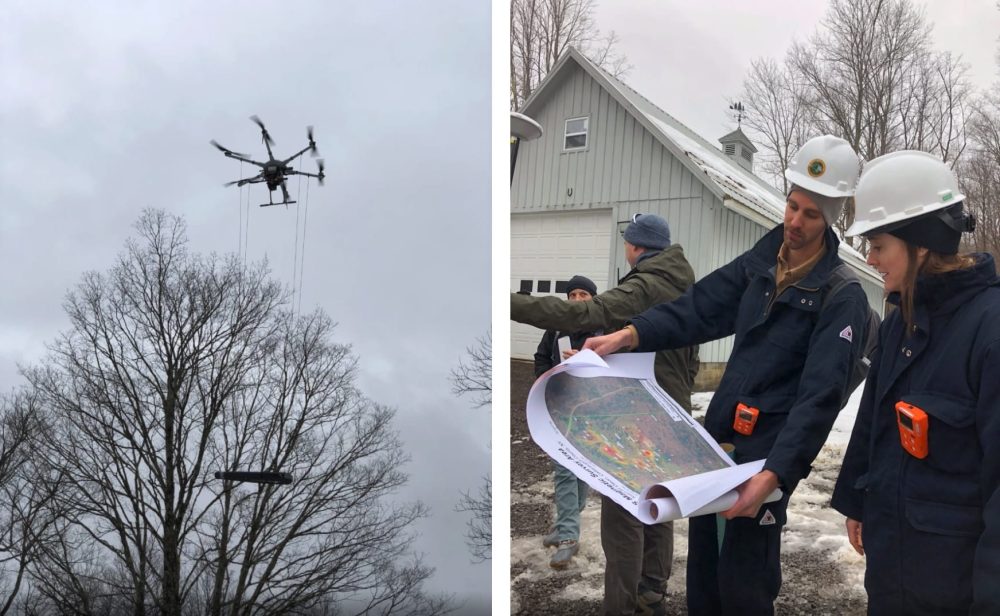 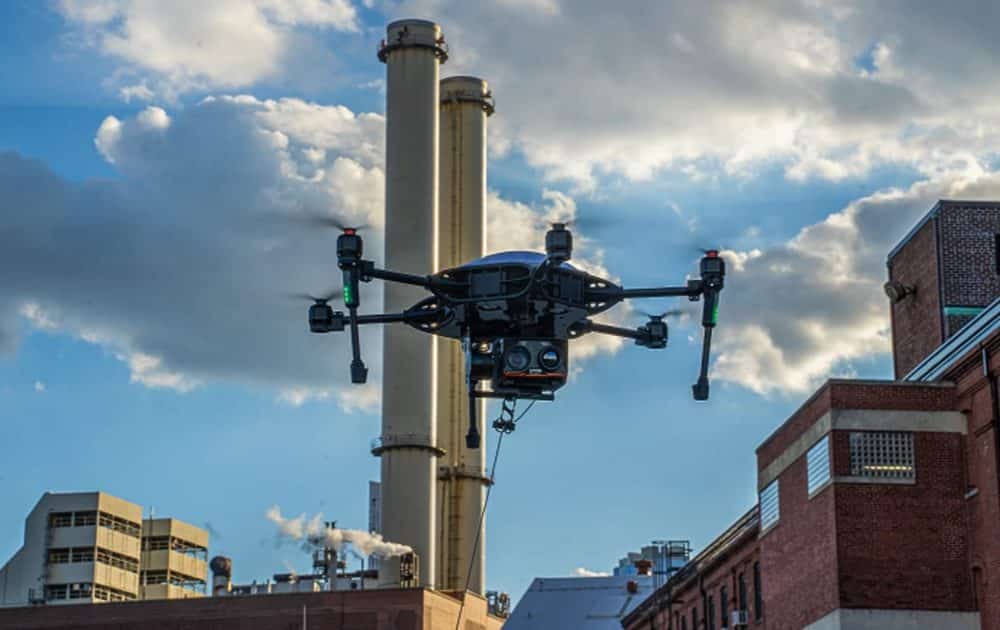 Easy Aerial launches Albatross autonomous surveillance system – Featuring a 320-ft data-over-power (DOP) enhanced tether, the company’s newest drone-in-a-box solution offers unlimited flight time with advanced data security and the ability to carry up to three payloads simultaneously. Boasting a large 8.5lb payload capacity, the Albatross is ideal for extremely long overwatch or surveillance flights carrying multiple payloads in harsh weather conditions. The Albatross is uniquely designed with three hardpoints. Each side hardpoint has a carrying capacity of up to 4lb, with the bottom hardpoint able to carry payloads of up to 8lb. Side payload stations feature standard mounting as well as Picatinny rails (also known as MIL-STD-1913 rails and NATO STANAG 4694 military standard rail interface system) that support a wide range of payloads such as floodlights, communications relays, loudspeakers, and a range of cyber-related and other commercial and military electronic systems. The bottom hardpoint is designed for gimbaled cameras or large ISR payloads such as radars and communication jammers. Adding to its versatility, the Albatross offers over 20 EO/IR cameras, including the WIRIS Security and FLIR Duo Pro R cameras. 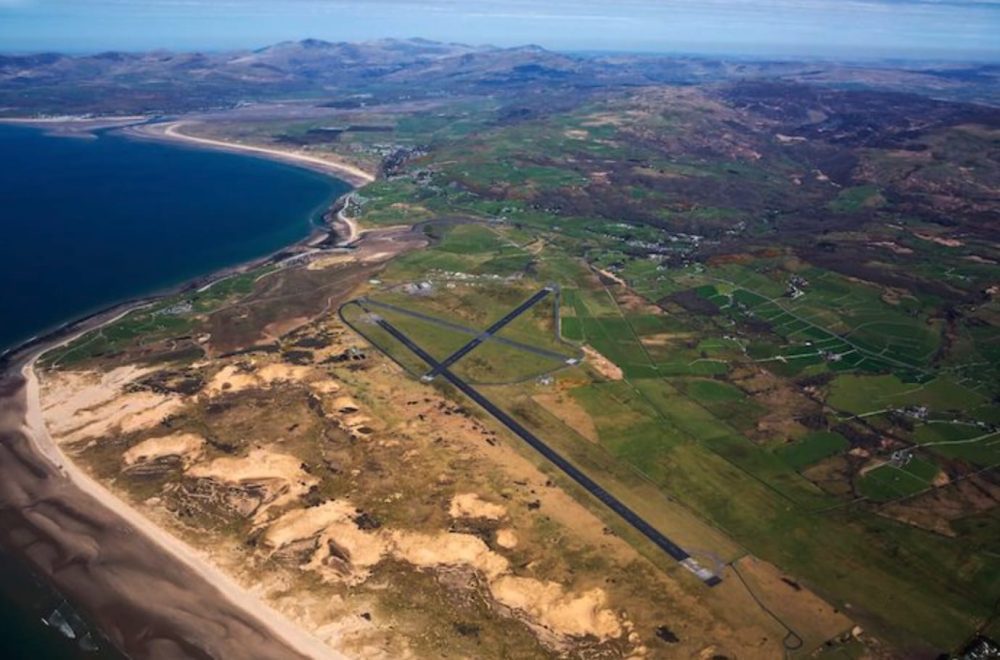 Snowdonia flight testing centre applies for permission to test more drones – An aerospace testing and development centre at Snowdonia, Wales has applied to the UK Civil Aviation Authority for a permanent danger area to be designated at its site so it can run more flight tests for unmanned drones and other new types of aircraft. Snowdonia Aerospace, which is based at Llanbedr Airfield is a UK centre for testing next-generation aircraft said that increased use of its site for testing unmanned drones, electric aircraft, balloons, airships and near-space aircraft required a permanent danger zone to be established. 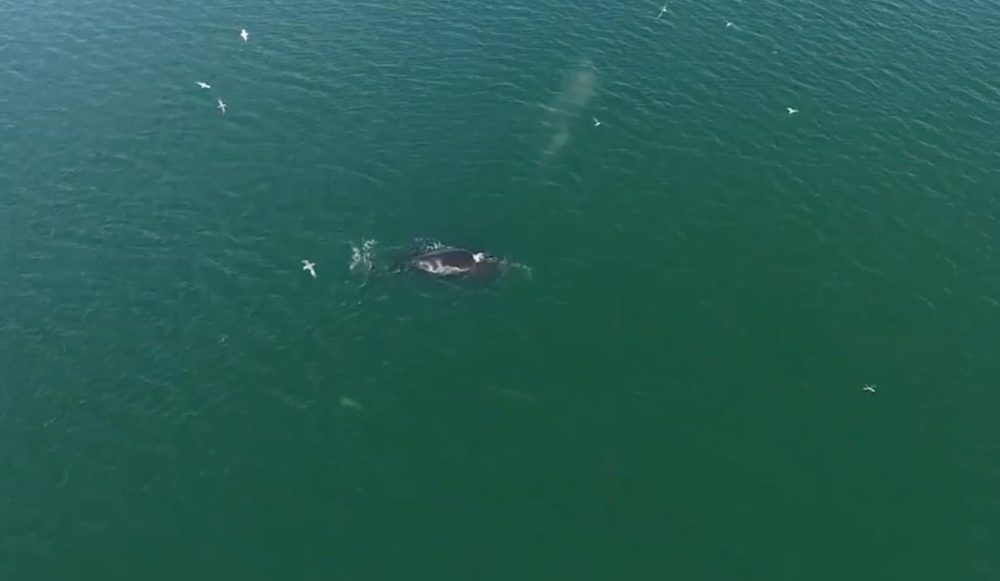 Massive, endangered whale spotted playing with baby off coast of Hilton Head – A massive North Atlantic right whale and her calf spent the day Friday playing in waters off Hilton Head Island. The endangered whale was about 50-55 feet long and her baby was about 15 feet, said charter boat captain Chip Michalove of Outcast Sport Fishing, who is known locally for catching and releasing great white sharks this time of year. 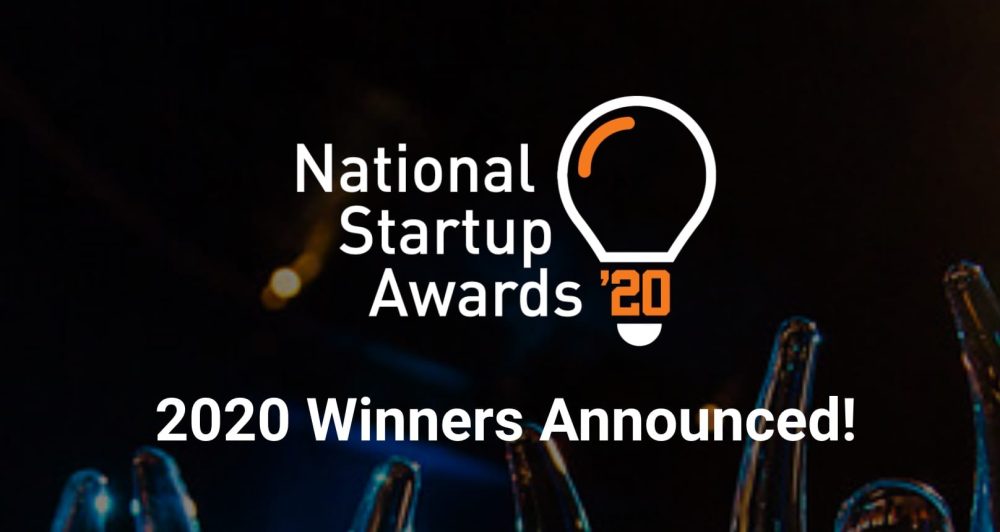 MANNA DRONE DELIVERY, WINNERS IN IRELAND’S NATIONAL STARTUP AWARDS – Manna Drone Delivery has picked up the Grand Prix Startup of the Year Award, at the National Startup Awards 2020. The Awards took place on Thursday, 10th December in a virtual ceremony streamed live via Vimeo. Manna Drone Delivery, founded by Bobby Healy (formerly of CarTrawler), is an Emerging Technology company focusing on commercial drone delivery across multiple sectors. Manna Drone’s service was originally conceived as a way to deliver to customers quickly and easily, with the company focusing its trials on restaurants. Its drones can travel at speeds of up to 80km/h. The company recently announced a trial with Tesco to deliver groceries via drone.

* We do not sell, share, rent out or spam your email, ever. Our email goes out on weekdays around 5:30 p.m